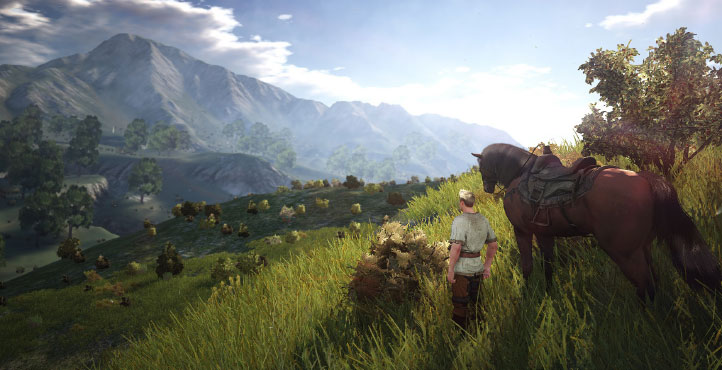 What is Black Desert?

Black Desert is an upcoming sandbox-esque MMORPG that offers a huge, dynamic world free of loading screens to any brave enough who wish to explore its vast array of scenery and dungeons. The World provides a variety of unique experiences in an open environment and features a wide selection of things to do such as siege battles, crafting, complex large scale battles requiring skill and strategy, player housing, and a robust trading system.

Experience magnificent landscapes and architectures with some of the most breathtakingly realistic characters with different abilities, from Fighters to Sorcerers, Beasts and Tamers. There’s optional PvP and bind-on-equip items that don’t drop if you’re killed by another player.
The story of Black Desert centers around the two warring countries, The Kingdom of Valencia and The Republic of Calpheon, both of which are separated by a vast desert. The desert, known as “The Black Desert” is named for the valuable resource black stones that litter the area.

Pearl Abyss was established in September 2010 as a Korean stand-alone game development company (created Continent of Ninth), targeting MMORPG users worldwide. The CEO of Pearl Abyss is Daeil Kim and his team of over 50 members have produced many box-office hits together over the last 10 years. Utilizing their previous experiences, Black Desert was designed to incorporate and satisfy the demands of gamers everywhere. For its North American release, Black Desert is being published by Daum Communications. 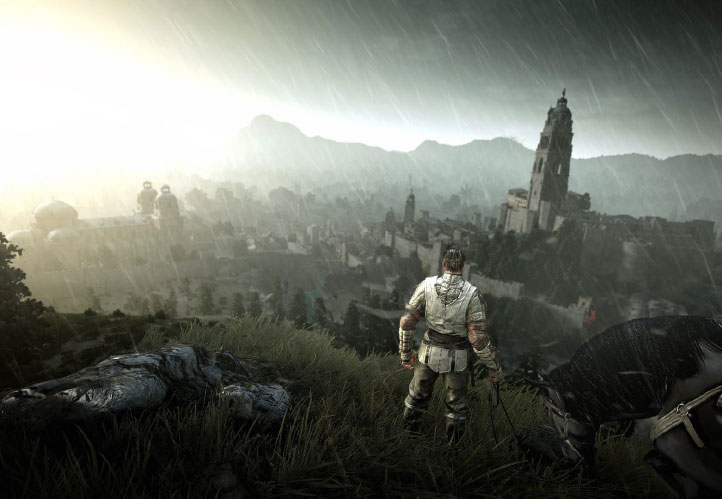 Black Desert is host to a vast number of unique features that are in place and designed to give the player the best immersion experience they can get in an MMO. Some of features included are: 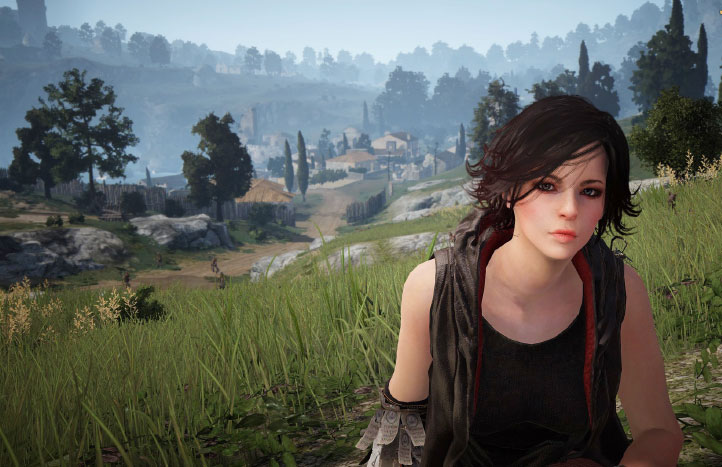 In Black Desert players will have the option to choose from 3 main races (humans, elves, and giants) with 8 unique classes (Ranger, Warrior, Sorcerer, Predator, Tamer, Wizard, Valkyries, and Blader). While players can choose any race during character creation, currently they will find that certain classes are gender locked. Even with the restriction in place each gender will have a similar class, ie) warrior (male) is the very similar to Valkyrie (Female), wizard (male) is similar to sorceress (female). Characters are fully customizable in one of the most robust character creator in an MMO. 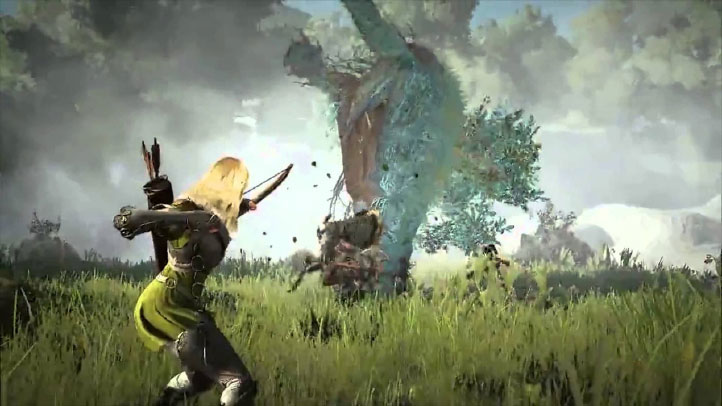 Black Desert features a robust action combat system that utilizes WSAD movement and mouse clicks, combined with intricate key combos (similar to TERA) to get things done. Collision is present so positioning and strategic planning will be the key to success. Use your environment to your advantage in the open world.

Not only can you hack and slash in the typical melee and ranged combat styles, Black Desert takes things one step further with mounted combat. Leveling your mount and fighting from it will give a player all kinds of advantages out in the open field, such as height, speed, and agility advantage. Siege also plays an important role in pvp combat and fighting with it will give bonuses when trying to take castles. 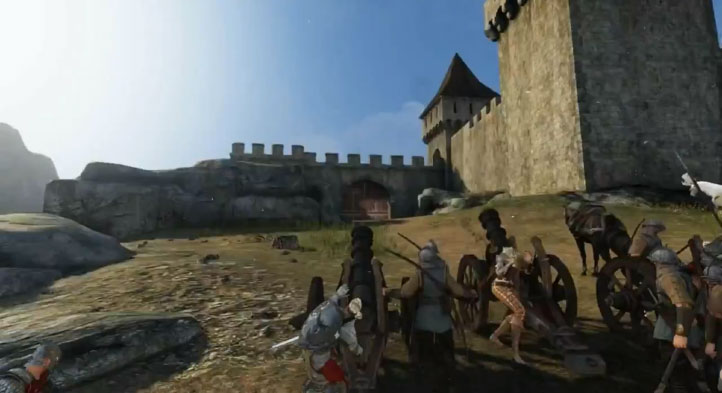 PvP in Black Desert is open world meaning that you can be attacked and killed anywhere outside of a designated safe zone. Players need to reach the soft cap of level 50 in order to participate in PvP related activities sieges and arena matches. Black Desert’s PvP system also boasts a stellar ambush and camouflage system to give those with patience an advantage in the field.

Castle sieges offer great rewards to anyone brave enough to claim them. Any guild holding the castle also holds the lands and taxes around it. Sieges are not limited and there have been battles of 400+ players each side.

War however is not without its consequences and the current loot drop system adds a bit of risk to any PvP foray. When players are killed they have a chance at dropping an item that is not character bound and currently held in their inventory such as gold, trade goods, mats, and certain quest items. 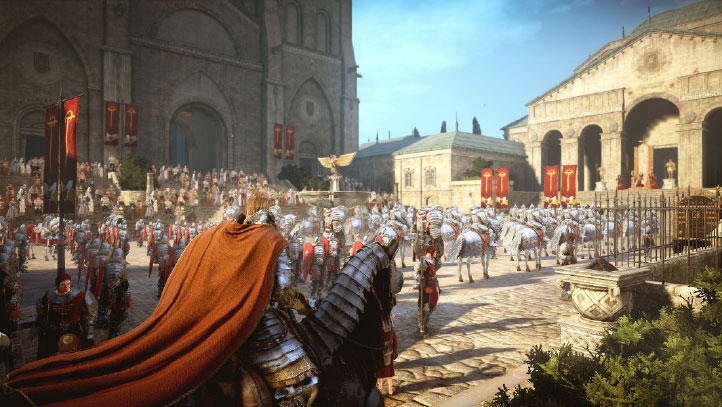 As with many MMO’s, guilds are an important feature in Black Desert and they are key to holding resources, land, and surviving in a hostile environment. Guilds have their own skill tree and require the help of its members to advance. Improving and upgrading a guild will give its members various thing like buffs to fighting, crafting, guild shops and the ability to declare war on other guilds. Guilds are upgraded by collecting karma which can be gained by completing guild missions and befriending NPCs..

Guilds can be created by anyone that is level 50 and has 30k silver and have a member cap of 80. Guild upkeep starts once a guild reaches 31 members. Failure to pay upkeep will result in the guild losing it’s ability to guild quest, gain members, and siege, and the more payments that are missed, the worse the penalty. 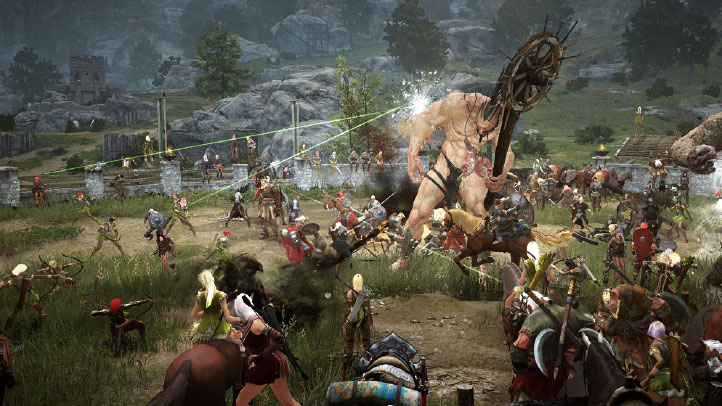 The PvE scene offers the standard fare of open world questing, crafting, world bosses and dungeons. Most of the fun comes out of exploring and there are rewards for those brave enough to travel to the far corners of the world. Black Desert also features a robust housing system, mount taming, fishing, a host of musical instruments and NPC’s to befriend and take quests from. Like the real world everything will require a fair bit of hard work to obtain. 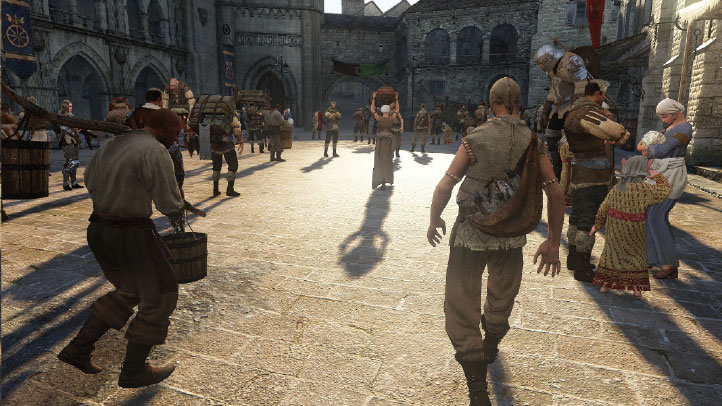 Crafting is completely player driven and allows for the creation of best in game gear and siege weaponry for castle sieges making crafters a much needed asset to any guilds arsenal.

Crafters will find themselves with 5 unique professions to choose from and will need to develop and manage resources to increase their skill and proficiency in their chosen craft. Management of workers, workshops, waypoints and caravan routes will be key to getting their goods out to the world. Different resources require different tools to harvest and each tool must be developed in your workshops.

Keep Your Eye on the Horizon

Black Desert is shaping up to be an ambitions MMORPG that offers a great deal for players to do and is full of action packed, fast paced combat where skill is king. Become one of few landowners in a world where housing is open, and very limited and fight others in epic sieges, and become a legend.

Open Beta is currently underway for the Korean version with a Western release date set tentatively for April 2016.