A Bittersweet Look Back At Our History in Guild Wars 2 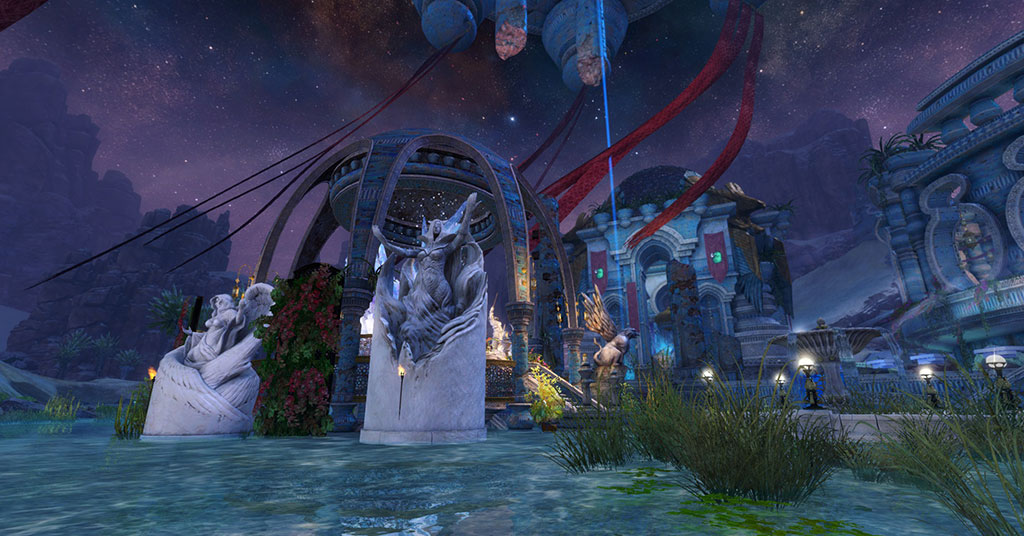 Home is where the Heart is

Looking back at the long road we've traveled as Gaiscioch, few games really have that sentimental attachment like Guild Wars 2. Our journey to Guild Wars 2 began in 2009 when I first picked up a gaming magazine at an airport and read about Guild Wars 2 for the first time. At the time we were heavy into Warhammer Online and having a fantastic time leading large scale siege warfare.

One of our top warlords and essential part of the Gaiscioch Trinity (Three Raids, One Warforce) was Oldroar. As Guild Wars 2 began flushing out their plans and making their game more public, Oldroar became really excited about it. He kept our eldership team apprised of all developments, right up to the point where he encouraged me to head up to Seattle and meet them at PAX West in 2010. At that conference I would meet Martin Kerstein, who I was introduced to by my ol' Mythic buddy, Andy Belford. That introduction would serve to pave the way to the most successful chapter in Gaiscioch history.

That short introduction would bloom into a wonderful relationship between ArenaNet and Gaiscioch, which has lasted almost a decade. Unfortunately between PAX West in September 2010 and the time we'd be involved in alpha in February 2011, Roger "Oldroar" Rall, the person behind getting us involved and excited about the game would pass away. Just 3 months before he would have had the chance to play.

This was the first time we lost a member of the community and it hit us tremendously. The second week the game was live we hosted a public memorial for Roger on the Sanctum of Rall at Shaemoor Garrison. Over 700 players from Warhammer Online, Guild Wars 2, and World of Tanks flooded into our Ventrilo server to say goodbye to our dear friend.

At the time it was a bitter taste of the reality our future held. It was our first, and would not be our last. Over the course of the next few years we lost Jexia to cancer, Zurdot to cancer, Morrigana to cancer, Paleus to heart failure, and most recently Myrinbird to cancer. Today 6 statues sit inside the Gaiscioch na Rall guild hall, giving us a reminder that life is so short, and those we love we must cherish every moment we have with them.

As I look to our past, I can say with certainty that those ascended Gaiscioch won't be forgotten and will always hold a place in our hearts. Running a gaming community has been filled with heartbreak and devastating moments but we continue to push forward as a family and honor those who have ascended. It has given me motivation to make everyday a memorable experience. To make every second count. Life is too  precious to let it slide through the fingers of everyday life. Embrace it, celebrate it, marvel in it.

What I can tell you is, regardless what the future brings, Guild Wars 2 will always hold a special place in our hearts. To think it all began with an excited mentor, a gaming convention, a friend introducing a friend, a premature goodbye and an arsenal of cookies. To us Sanctum of Rall will always be home. It's not a server, it's a memory, an emotional attachment. A place to honor a friend and stand when others choose to flee. Roger never did like the easy road. The most memorable battles are the ones where you are out gunned, out skilled, and out matched, yet somehow you manage to succeed.