An Interview with Game Changers 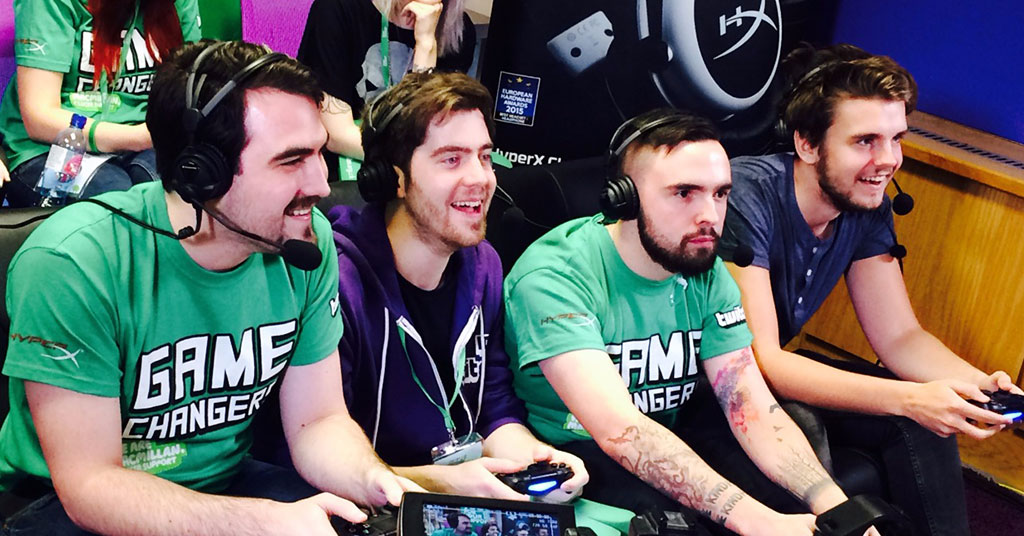 From Coffee Mornings to Mass Effect with Macmillan Cancer Support

Every year we see a host of gaming marathons come across our screens on Twitch, Youtube, and a whole host of streaming sites. Names like Operation Supply Drop, SpecialEffect, and Extra Life are all instantly recognisable by gamers across the world. While they are the stalwarts of the gaming calendar, more and more charities are waking up to the potential of video games and swapping the running shoes for a controller or two. One of these is Macmillan Cancer Support. In the UK, Macmillan provides support to victims of cancer and their families. From vital advice to more practical help, Macmillan is a vital service to many across the country. When the team at Macmillan launched their own gaming marathon in 2015, they might not have realised quite what they were in for. A long night at Twitch UK followed and a new experience for the Macmillan team. We spoke to Suzie Yarroll at Macmillan Cancer Trust about the Game Changers initiative.

Could you introduce yourself for our readers and tell us a bit about what you do at Macmillan?

Hello, I’m Suzie - I work in the event Fundraising team at Macmillan Cancer Support as a Senior Marketing Programme Manager. Now that there’s so much variety in the fundraising market it’s vital that Macmillan is constantly looking for new and exciting fundraising opportunities for our supporters to get involved in. I specialise in developing and marketing these new fundraising products, one of which is Game Changers.

What was the impetus behind setting up Game Changers?

We first identified a gap in the UK market for a gaming sponsorship event after having seen this sort of thing work well in the US and deciding that it was the type of event that a lot of our supporters would love. Working co-creatively with some of the UK’s biggest streamers, including B0aty and LTZonda, we developed and launched Macmillan Game Changers in autumn 2015. The event was a success and raised over £110,000 for people affected by cancer in the first year. Over half of all income came from gamers holding their own DIY gaming marathons at home, either solo or as a team, and asking their friends and families for sponsorship.

My very first gameathon was at Twitch HQ and involved 14 of the biggest streamers in Europe taking on 24 hours of life-changing gaming for Macmillan, so it was full on! There was a fantastic atmosphere from start to finish and everyone was bouncing off of one another, which kept morale extremely high throughout. There was some brilliant gaming from the likes of AOAAGold and Ellajaz, as well as some hilarious dares in the name of charity - including legs being waxed - which made time fly by.

Although it was daunting to start from £0, the support from the public was overwhelming and we managed to raise over £16,000. This could pay for a Macmillan nurse for four months, helping people living with cancer and their families receive essential medical, practical and emotional support. It shows just how much of a difference 24 hours can make! 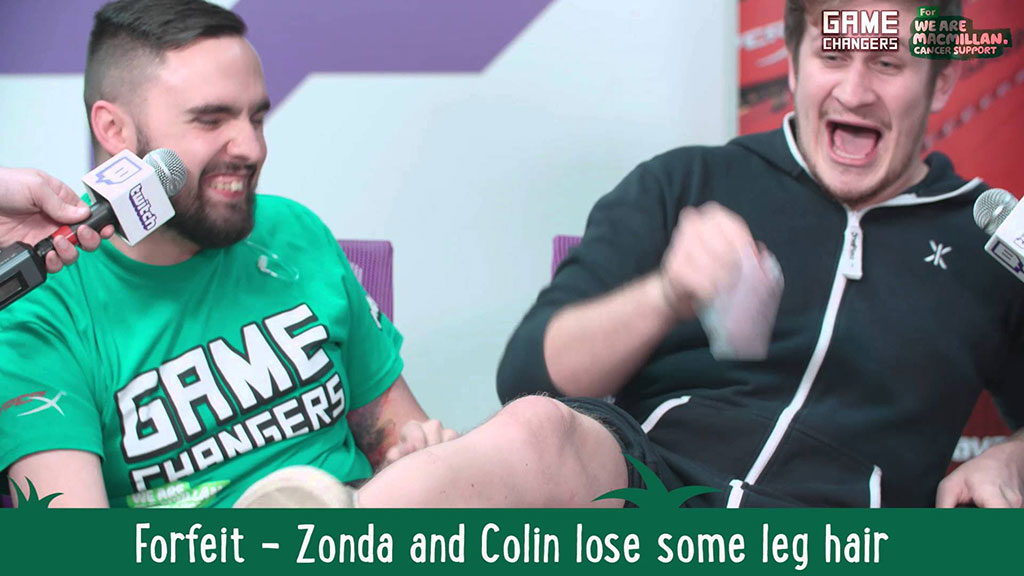 What was the response like when Game Changers began?

Amazing. We were bowled over by the support from the UK gaming community and by the huge propensity to give to charity across the sector. Everyone has been affected by cancer at some point during their life - whether it’s a parent, friend or a colleague - and it has been great to hear that so many people have been helped by Macmillan in some way during these difficult times, and that because of it they now want to give back.

Did the response surprise you?

Launching a brand new campaign is always a bit daunting, but the positive response to Game Changers has been fantastic to see. A number of people have said that holding a gaming marathon for Macmillan has enabled them to do something they love while raising money for a fantastic cause at the same time, which is exactly what we want to hear.

So far this year Game Changers has raised over £300,000, which is testament to all the amazing people that have been involved. We’re extremely grateful to everyone that has taken on Macmillan’s life-changing gaming challenge so far.

What has been your most memorable experience so far?

There have been a couple of memorable moments, but I’d say the massive sense of achievement that everyone had at the end of the 24 hours at Twitch is the most memorable. Having not slept for over 30 hours, everyone was quite emotional anyway, but it felt poignant to stand together as a team and look back at what we’d been able to achieve together.
It was also great to talk to the gamers taking part in the event about what the money raised could fund and thank everyone at home who had supported the event - that’s a part of my job that I love.

Does running and promoting a video gaming event differ from other events?

Very much so! It’s not only a very different kind of event to a coffee morning or a walk, but also a very different, and much younger audience. This is one of the reasons that I love heading up Game Changers, as it gives Macmillan a fantastic opportunity to engage with an entirely new group of people – talking to them about how they can get involved with Macmillan and help raise money for people affected by cancer, but also talk to them about the support that is there for anyone affected by cancer.

Are events like Game Changers essentially the evolution of the telethon?

I’d say so. You only have to look at the growth of Twitch to see that the way we broadcast has undergone a massive transformation in the last decade. It’s much more of a two-way thing now, and as marketers and broadcasters we have to work so much harder to keep an audience engaged now that they have so many other conflicting mediums constantly vying for their attention. We’ve become such multi-taskers that it’s rare that we watch TV without scrolling through Facebook or Instagram simultaneously.

I think this is why Game Changers is capturing people’s imaginations - it invites and encourages interaction. Through live-streaming the audience can speak to the broadcaster and influence game play or share their opinion, and in return the broadcaster can also culture the relationship with the viewers to encourage a much more in depth kind of engagement.

Here at Gaiscioch we find that when we stream we try our best to be as inclusive as possible, this can make some games more suitable than others. Do some games work better than others for fundraising or are you game for anything?

Generally we’re up for anything, but in this case (especially if you’re streaming as a group) I’d say multiplayer, multiplayer, multiplayer! These are games that encourage a bit of banter and make it a lot easier to ask for donations – ‘if I beat so-and-so then they will do this forfeit for £x.’ It also peps up the team - perfect for the early hours when things can get a bit slow!

Do you think we’ll see more charities starting to creep into the realm of video games in future and in what types of way?

Yes, we are certainly expecting more charities to get into gaming. There is so much opportunity for charities to be creative in the gaming space, especially with such a receptive audience, not only with events like Game Changers but also with opportunities such as in-game purchases with some of the money going to charity or partnerships with companies.

What are the biggest challenges you face when organising an event?

Dependencies are always difficult when planning an event - you can’t take on everything by yourself and sometimes it can be frustrating if you’re waiting on a certain outcome to be delivered before you can move the project forward. Working on events means you also have to be flexible and good at problem solving, things will invariably go wrong and you need to be able to think and act quickly when they do to ensure that the event isn’t compromised.

For anybody planning to take on 24 hours of video games do you have any survival tips?

Mix it up, I say! Playing the same game for 24 hours is a massive commitment so keep things fresh by changing every couple of hours. If you’re not playing alone then definitely schedule in some multiplayer rounds as these are great if you’re flagging in the early hours. Make sure to take regular breaks and stock up on lots of healthy snacks too, for example nuts and energy bars – it’s not all about fizzy drinks and pizza to get you through the 24 hours, you need to listen to your body!

What’s next for Macmillan?

Macmillan’s life changing gaming challenge will be back again in 2017, so mark your diaries for what promises to be an even bigger and better year. We’re also looking at other opportunities within the gaming industry, so watch this space! 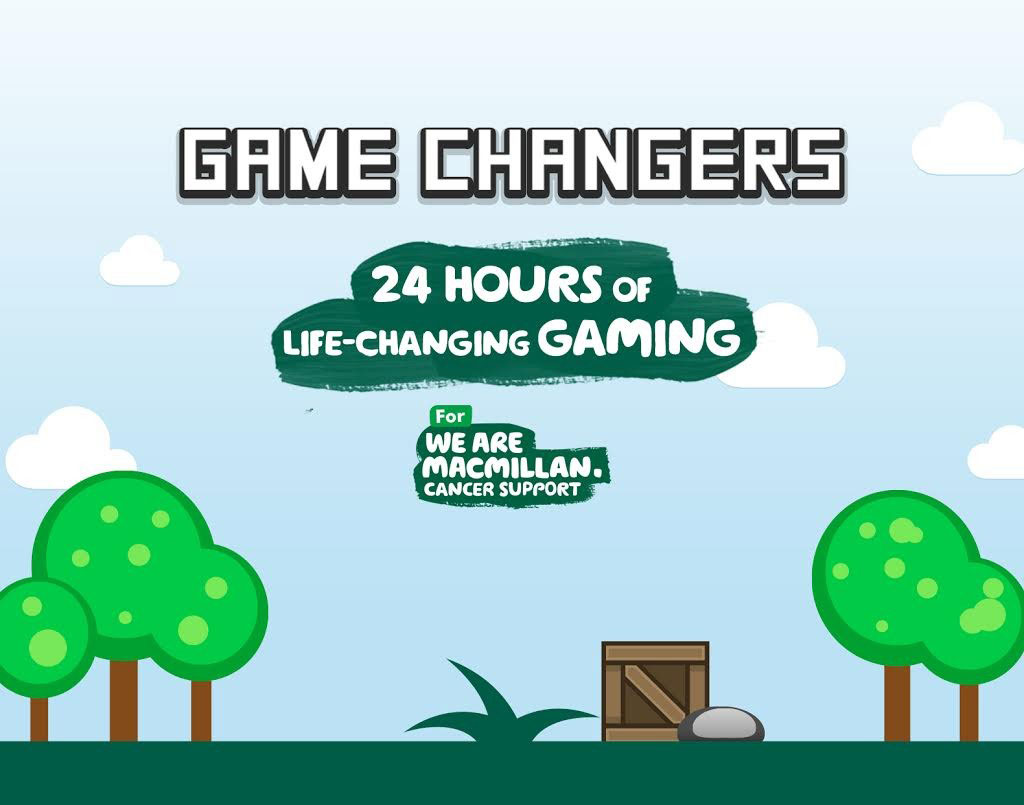