My Early Experience in Armored Warfare 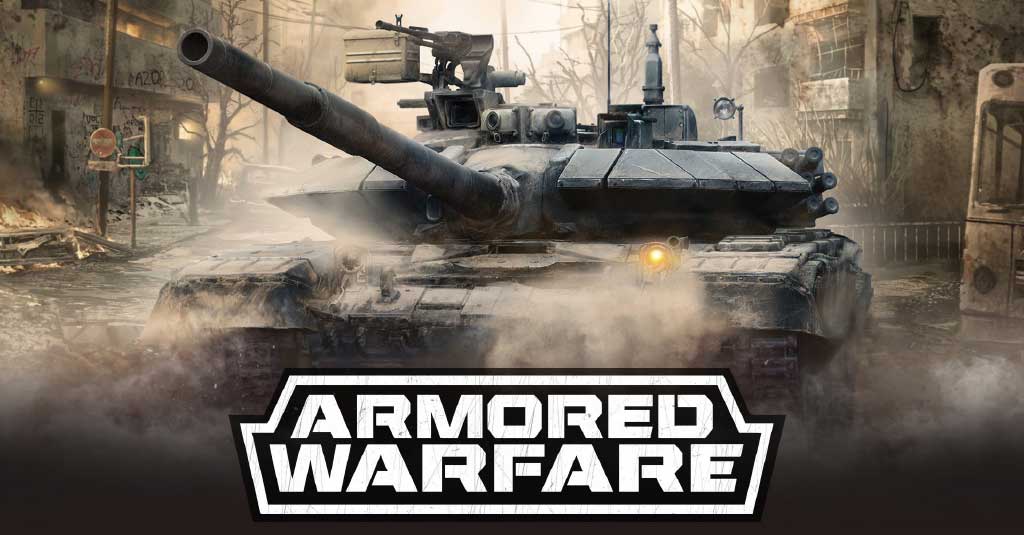 Brief  Overview
(after 6 hours of playtime)

October 7th I pre downloaded AW because over the years I've found that any launch day is usually a terrible day to download a new game.  In 20 years of PC gaming I have seen some real disastrous launches. Last year I signed up on the Armored Warfare website , so I would say I've been a casual follower of the game. I elected not to play early beta because I wanted it to be fresh at launch.

Armored Warfare has an immediate interesting and different feel to it.  Many people want to compare it to other tank titles, however I feel they all deserve their own merits.  On Oct 8th I finished downloading the patch and was ready to play with a completely open mind. 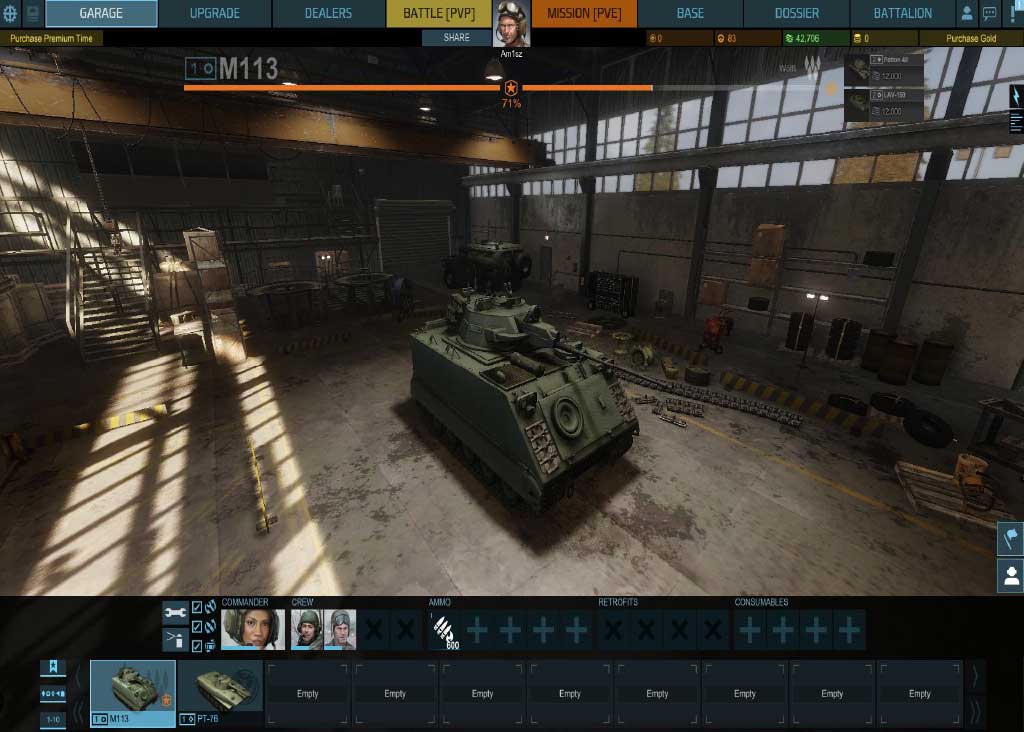 The plus right away for me is Armored Warfare’s UI is visually pleasing, with a lot of bells and whistles and new things to learn. New ways to level / experience crew's, weapons, tanks and trees, as well as an entirely unique tech tree abound.  Some may scoff .. who cares about the UI, but for me it is part of the game and the detail of the game, an integral part of the experience. Immediately I saw nice color coded tabs, organized in a pleasing way, that makes the navigation of my play nice to look at and functional. 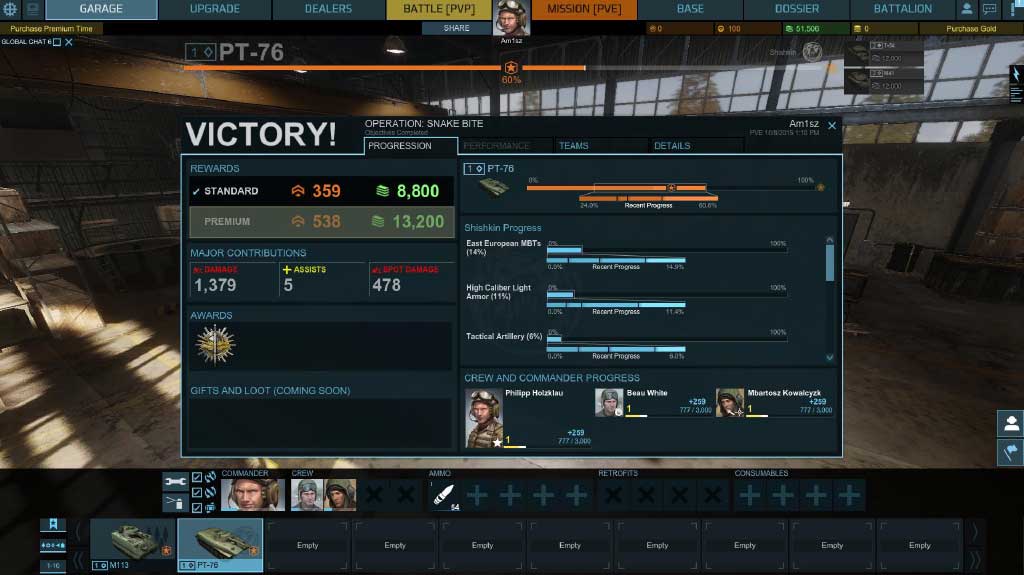 Tech tree showing paths you may take as your experience grows

Instead of countries AW has Arms dealers, you do missions for dealers and it unlocks new gear and items. Rather than being locked into a specific line of one country's historical vehicles you have choices sold to you by the arms dealers.

The game started me off with 2 tanks.  Without delay I jumped into some action...

I found the PvE missions to be fun and great way to get your game experience going.

Some people feel timid in going up against other people yet don't fear playing against AI.  Once I did a few AI games I switched to PvP and one thing I immediately liked is the fact even if your team is horrible you can still reap the rewards of your own skill. The Game rewards you for doing well whether you win or lose.  There will be a learning curve and some bruises to the ego for some players. The PvE portion of the game is 4 man team. You have to be on guard and make sure to use cover and wait for ammo reloads to pop back out and shoot.

So far I can't say what I like PvP or PvE better, but I think the PvE is more relaxing.

But PvP is a lot of fun with way more targets to kill. A smart player using cover can rack up the points in PvP tier one against all the new fodder. Cover is your friend. I was finding it very easy to level and hit plenty of targets to earn credits in the small sampling this morning. If you want a casual experience just do the PvE missions they are short, fun, and action packed.

Overall I believe this title will be a welcome addition to my current stable of battle games. For a new OPEN BETA launch it runs EXTREMELY SMOOTH,  and with NO LAG. This is not a game with future potential, the potential is already here. The first day  of open beta you can see that even though this is not the finished product this game is already looking very good. I feel this game will be an immediate hit.  That is coming from someone who leans towards the more cynical side of thought process. Victory is what Obsidian Entertainment will feel with this game’s success.

I am looking forward to many action packed hours playing this grade A title. I will take a nice interface, fast action, easy to navigate the UI and easy to find fast paced action title any time of day.

Armored Warfare is a free-to-play multiplayer online shooter video game developed by Obsidian Entertainment and published by Mail.Ru. The game will be operated by My.com in North American and Europe, and by Mail.Ru in Russia and Central Asia. The game features tanks from the 1950s through modern day and includes destructible environments as well as player vs. environment and player vs. player gameplay. Armored Warfare is built on the free-to-play business model with in-game micro-transactions available for certain features and upgrades.