Battling the Elements with Tarhead Studios in RUiN 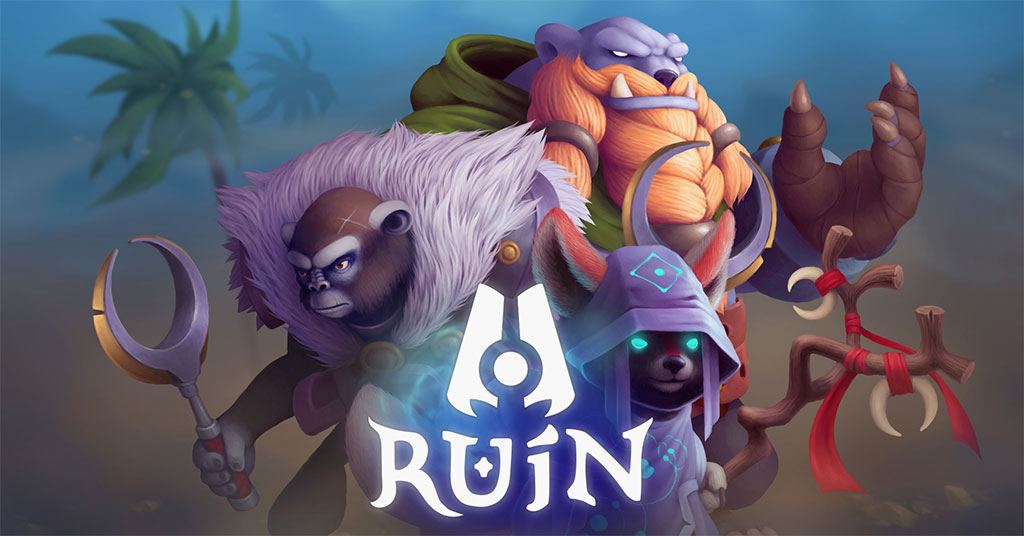 Sometimes, the best place to be at a gaming convention is far away from the bustle and noise of the main thoroughfare. While the biggest exhibitors compete for players attention and the waves of noise collide against each other, some of the biggest surprises can be found hidden away in the indie zone. Before I left London’s PC Gamer Weekender, I took a look at some of the titles that Wargaming Labs brought along and came across RUiN.

RUiN is a top down competitive arena title that deposits players into a constancy devolving environment in a desperate battle to survive. While players busily battle, time and the elements are stacked against competitors. Ravenous lava flows devour solid rock, surprise traps pounce on suspecting players, and violent storms that constrict around players like a noose, leaving only one option. Players must defeat their enemy before the elements defeat them. 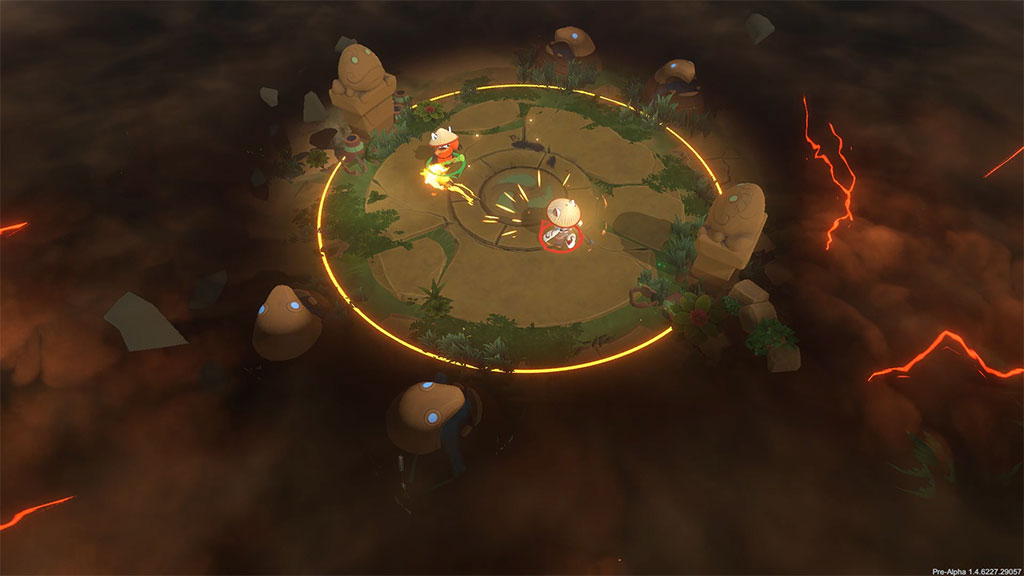 Inspired by a Warcraft III mod named Warlock, RUiN updates and expands on the ideas in this aging classic, as a stand alone title. Modern graphics, unique races, dedicated maps, and redesigned combat systems are all present, powered by the Unity engine. The team at Tarhead Studios has been busily developing RUiN for some time already and with most of the game already complete, Tarhead are now in the middle of a Kickstarter campaign that will allow them to launch this online multiplayer.

With internet connectivity at a premium I had to settle for the opponent next to me when I sat down to play RUiN. Unfortunately that turned out to be Martin Erikson from Tarhead Studios, and so began a series of crushing defeats at the hands of a far more competent opponent than I was prepared for. We also took the opportunity to corner him and chat about the game

Before your own fight for survival begins, RUiN opens with character customization. Many similar competitive online multiplayer battle arenas tend to contain a diverse range of characters, with a static range of skills. This tends to keep the barrier to entry low for new players. Champions that fit a particular play style help to direct players while remaining consistent and predictable. Other Ancillary systems tend to provide greater levels of customization down the line for more experienced players. RUiN flips this on its head almost entirely.

Character models are entirely cosmetic in RUiN. Three tribes are available to choose from, the Bears, the Apes, and Red Pandas. These all have a range of armour and equipment to earn, from simple rags to legendary armour. These three character templates are all very appealing but largely inconsequential to the combat system as all players must select six abilities to take into battle. 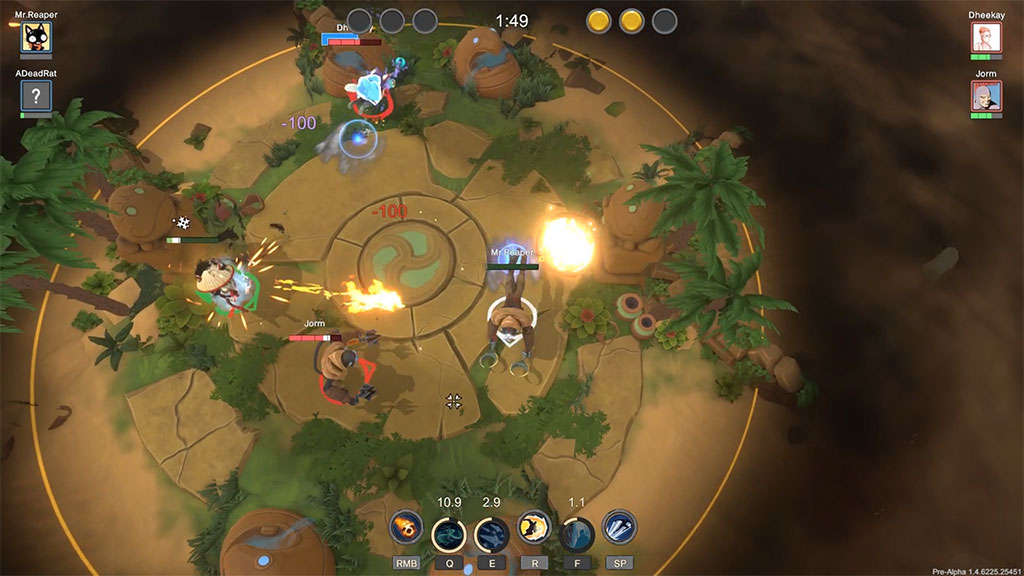 Split into five different categories, sixteen different options make up the list of available abilities open to players, making more than 520,000 combinations to take into battle. Rather than balance every single possible permutation, Tarhead has taken the approach that every skill should have a viable counter. For every option that provides crowd control, a mobility skill exists, and while a range of devastating attacks are at player's disposal there are some equally effective defensive abilities on show. Providing reasonable common sense balancing goes on, this should allow Tarhead to easily add new options as time progresses although, like DOTA, it runs the risk of eventually creating a ludicrous level of complexity.

RUiN’s control scheme is in no danger of perplexing players. Like many MOBAs, it uses a WASD control scheme with skills bound to the Q, E, and F keys. Targeted skills are selected and subsequently triggered using the left mouse key, which also acts as the primary attack. This set of simple controls and an uncomplicated match design allows players to focus on the action. Even against a single player, RUiN gets hectic fast. Players dodge and weave around the receding safe space, projectiles bounce around the arena, and anybody unlucky enough to be pushed back into the elements, by one of the game’s knock back utilities, will notice leaving the arena is very detrimental to a character's health pool.

I only got a glimpse of RUiN during PC Gamer Weekender, and while I still have a few concerns around skill balancing and the visibility of drafting before a match, it still has definite potential. RUiN looks wonderful and should run well on a range of systems. Combat feels engaging and the riotous action should make great fun with friends. You can check out more about RUiN on their Kickstarter campaign page right now.