Behind the Mask with Demorafairy Cosplay 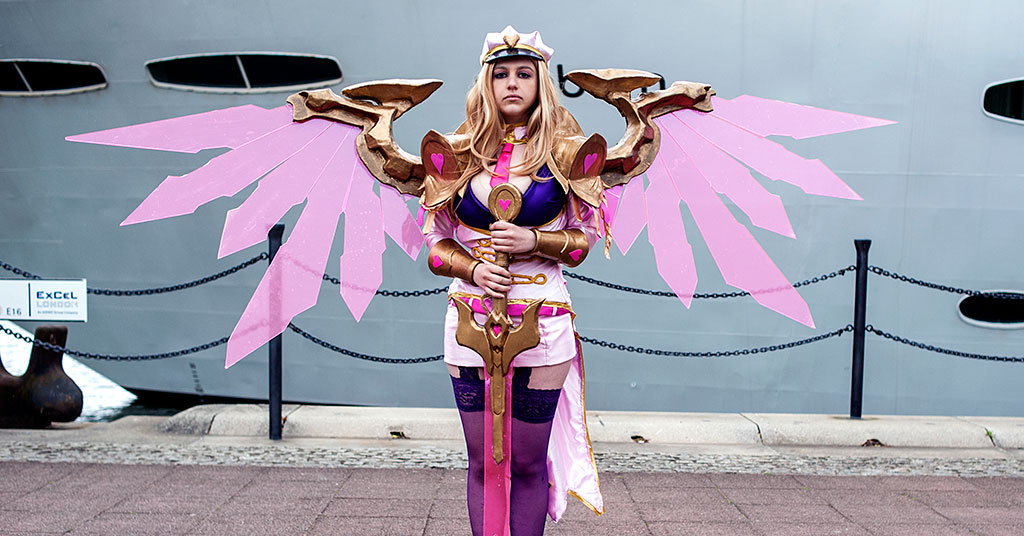 Fans of Guild Wars 2 may be familiar with Demorafairy Cosplay. Her Mesmer cosplay, which made an appearance at the World Cosplay Masters, is just the latest in a line of award winning pieces. Before she blinked away, we asked her a few questions about her experiences in Cosplay.

Thank you for spending time with us at Gaiscioch Magazine to answer our questions. To start things off, can you tell us a little bit about yourself and what inspired you to get into Cosplay?

I started cosplaying 8 years ago when a friend found out about a convention and we all decided to go in cosplay. Other than cosplay I play games, do photography and occasionally make digital art, and in real life I’m a software developer.

Can you tell us a little about your first experience with Cosplay? What was running through your head when you wore your first creation in public?

I asked my mum to help me with my first costume, she ended up getting really into it! The first time I wore it in public was at the train station on the way to the con, and most of what was running through my head was panic about missing the train! I was with a bunch of other people in cosplay so wasn’t embarrassed to be in public dressed up, and of course by the time we got to the con, loads of people were in cosplay. It was really fun and exciting, especially the thrill of seeing everything that was at a con, as none of us really knew what to expect. We got so excited seeing people cosplay our favourite characters. To be honest I wasn’t really thinking about my own cosplay that much, I was cosplaying a character that barely anyone recognised so didn’t get much attention from other people, I was too busy getting swept up in the excitement of the con.

Do you ever have any stage fright? If so how did you conquer it?

Not really, I was always into drama and acting as a kid so am happy getting on stage. Plus, it’s all for fun, if something goes wrong it doesn’t really matter. I’d get much more nervous making a presentation to important people at work!

So fast forward to today, You’ve competed in the Cosplay World Masters, against competition from across Europe as well as collecting numerous judge’s awards. Did you ever imagine your hobby would take you there?

I never expected it, it feels kinda crazy! Cosplay World Masters was an amazing experience, I loved spending ages trying to get my costume perfect for it, but I did really have to rush it in the end. I hope to be able to enter something similar in the future, but with a costume I’ve not had to rush!

Let's take a look at the steps to come up with a great Cosplay design. How do you decide what you want to be, and what's your process for creating a character?

I usually have a long list of things I want to do with one or two things at the top, so I just go for them next. I also sometimes decide based on groups my friends are doing. Most of what makes me want to do a character is if I like their outfit, and if I think it’ll be fun to make. I’ve never created an original character, I’ve just designed a few original outfits, and most of them just end up being what I can make out of what materials I’ve got on hand! I’ve never made a design, drawn it out, and followed it perfectly, I just go with whatever looks good when I’m putting it together.

What’s been your most difficult component, part, or material to work with?

Probably materials like chiffon and organza, hemming them properly is so difficult.

What is in your cosplay survival kit? (what do you take with you just in-case everything falls apart?)

Do you work alone or do others contribute to your work?

The vast majority is alone, I occasionally get together with some cosplay friends and we all work on bits of each other’s cosplays together, and I have once forced people staying at my house for a con into helping me finish a costume in time! Other than that, it’s all my own stuff. My boyfriend wouldn’t dream of even coming in my cosplay room, let alone helping me with cosplay!

What went through your head before you stepped out onto the WCM stage floor for the first time?

On a more serious note, harassment and general bad behaviour. Have you had to deal with it while in cosplay?

I get very little of it in cosplay, to be honest. Not while at cons at least, I have had some from the public when not at a con, in that case I’d mostly ignore them. If it were at a con I’d say something about it, but in my experience everyone at cons have always been very polite.

Where do you go from here? Have you got any new projects you are working on?

I’ve got a few ideas in mind, I want to make some new steampunk cosplays next, after that I’m considering an Alolan Ninetales gijinka with a friend doing normal Ninetales, but I change my mind all the time, so who knows!

How do our readers learn more about your work?

I put all my stuff on my Facebook page, https://www.facebook.com/DemoraFairyCosplay/. Other than that I also have a DeviantART account called DemoraFairy. 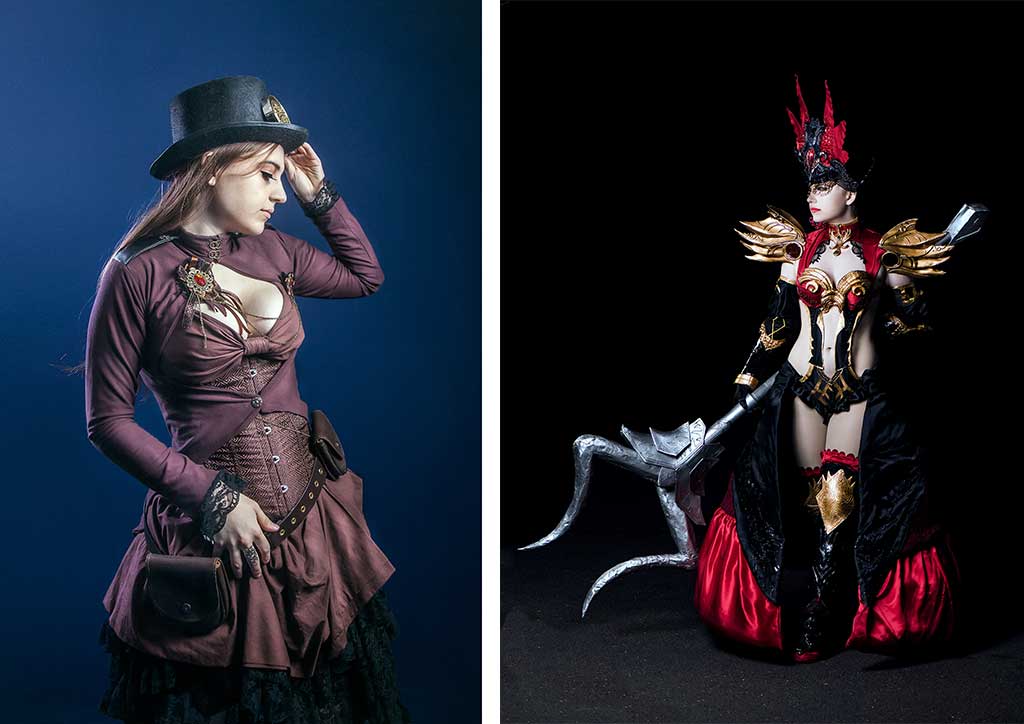