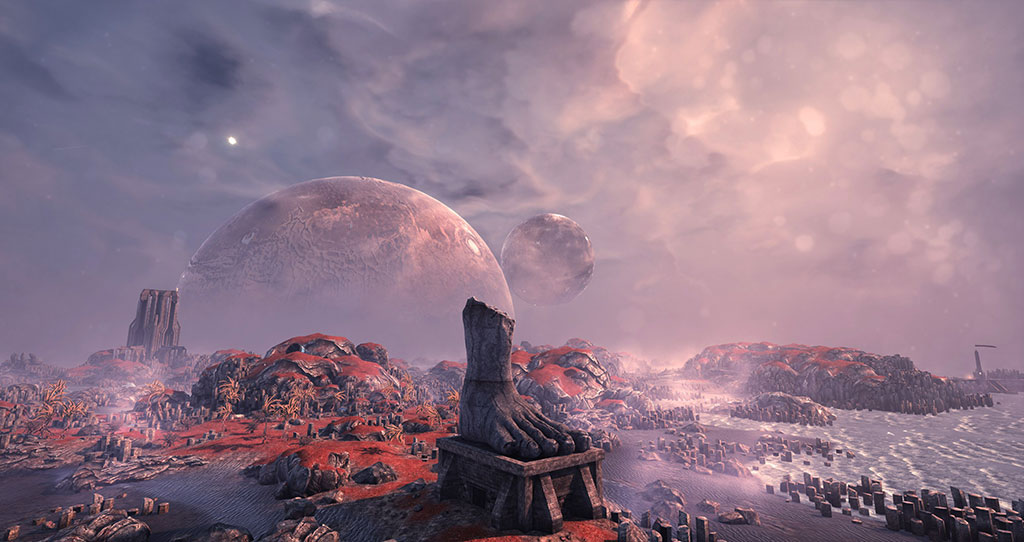 A few years ago I stumbled upon a little gem created by a small team of Czech Developers called the Solus Project. As soon as it hit early access I snagged a copy and began playing. Now I'll be the first to admit, survival games rarely hold my interest for long. About the time I'm punching my 1000th tree for enough wood to make an axe I usually lose interest.

The Solus Project takes a very different approach on Survival. While you still must eat, drink, and sleep to survive it is not the focus of the game. You won't spend your days farming materials to craft items to allow you to farm more materials to craft more items. There is no endless treadmill and this is a blessing in my opinion.

Instead, the Solus Project focuses on surviving the dangers of crash landing on a once civilized planet with a harsh ecosystem, strange creatures, and a constant bombardment of meteor showers, tornados, flash freezing, and other spur of the moment run for shelter like your life depends on it events. 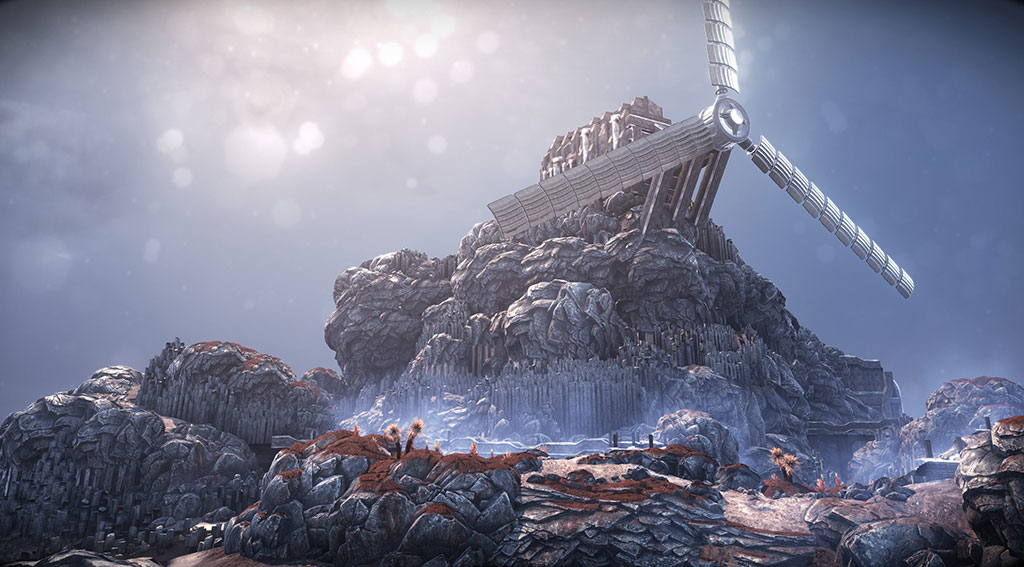 I can tell you with certainty that there is one thing that will stand out to you the most. The Audio. This game pushes the envelope on creating dramatic situations through music and sound effects. The music can change from calm and peaceful to hauntingly motivational… read that as get your crazy arse to shelter quick or be swallowed by a raging tornado, or maybe become the victim of a meteor hitting you in the face. Many of the game’s queues are tied into the sound. Dangerous situations can be heard before seen. With audio disabled you will likely fall prey to something before you know it.

Now that isn't to say there isn't more to love about this game. Think of it a bit like an exploration game ala the Uncharted or Tomb Raider series on a foreign planet, that is constantly trying to kill you. Early along the way you find an Unreal Tournament style translocator that will allow you to teleport a short distance, getting you a way past and over obstacles. There's a fair amount of hidden secrets in the game, complete with hidden stories of the people who came before you. 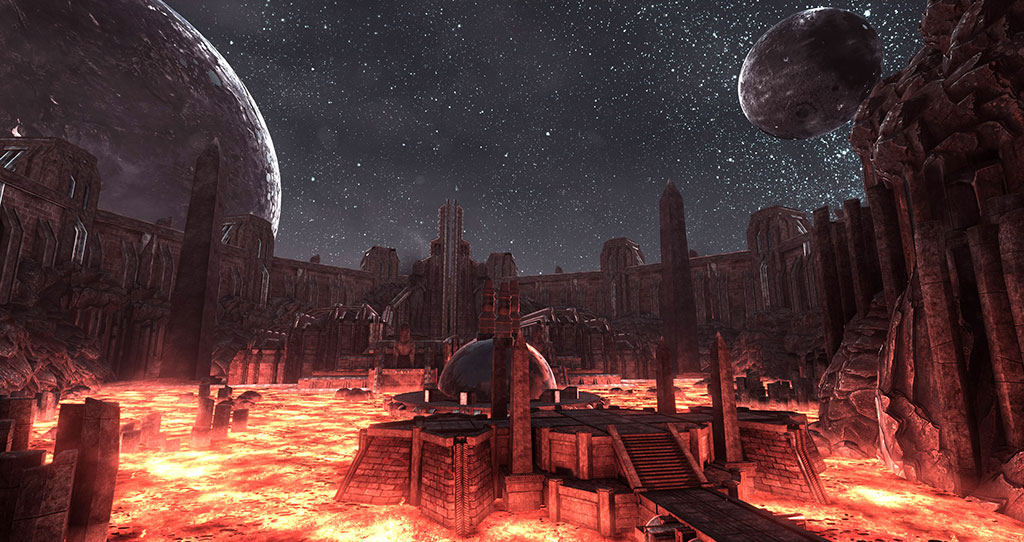 What happened on this planet? Where did everyone go? Why are there creepy dolls chasing you? These are all major plot points that will drive you forward in the story. You are humanity's last hope, and before you can succeed in your mission you must assess the situation and figure out what happened to the ancient Egyptian-like alien civilization.

Lastly I'd be a fool to not mention the visuals of this game. The art style is amazing and the skybox is mesmerizing. You can stare at it for hours and just lose track of time. Just a quick peek at the imagery from this game and you'll see what I mean. Best of all this game was built with VR in mind. 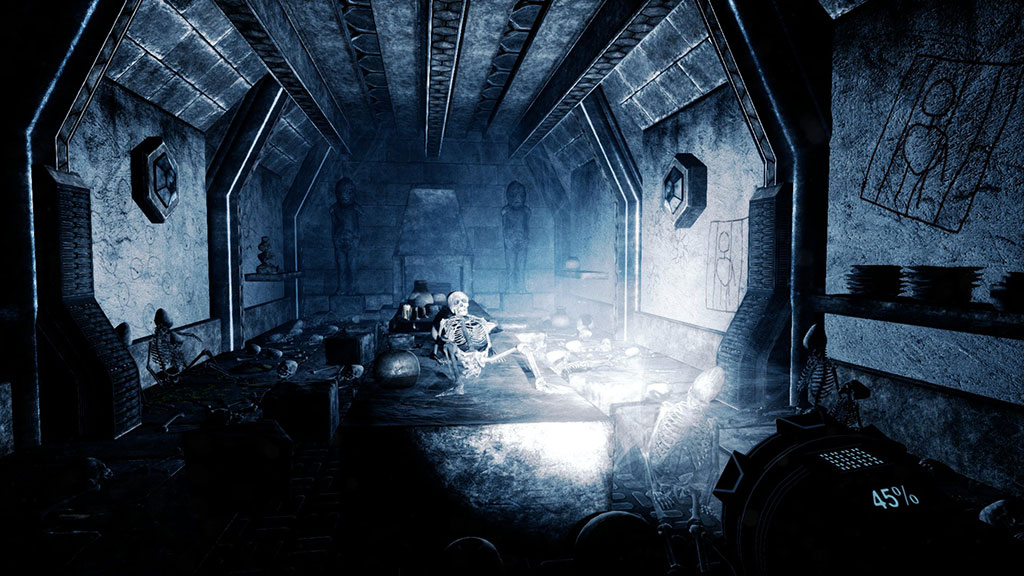 By the time you read this, I will be well on my way through my second playthrough of this game. Even playing it a second time, a year later on the Playstation 4, I'm still finding things I missed the first time I played and am finding myself loving the game even more. It's breathtaking, haunting, exciting, and mysterious all in one. It's scary at times, but not jump scary to a stupid extreme. Just enough to give you shivers up your spine, not enough to be annoying.

Overall the visuals tie into the audio flawlessly. The plot and pacing is perfect. For a small team indie game this one's got all the things to rival AAA blockbusters. I proudly give this one Gaiscioch Magazine's seal of approval and recommend anyone who likes survival and exploration games to give this one a try. You won't regret it. 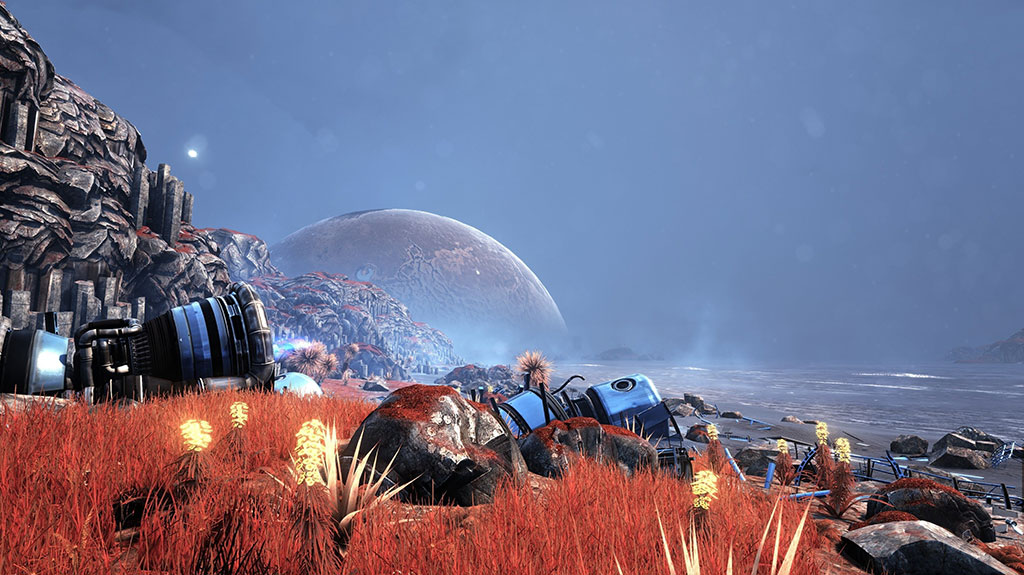 About The Solus Project

A single player exploration driven adventure with survival elements, set on a mysterious and seemingly uninhabited alien planet. Survive through exploration, and unlock the mysteries of Gliese-6143-C. From the creators of "Unmechanical" and successor to "The Ball". Earth has been destroyed and mankind lingers on in a small fleet of ships near Pluto. As humanity's last hope, you are sent to scout a distant planet as a potential location for a colony. After years of space travel disaster strikes however, and your ship is destroyed when approaching the planet... With your team members dead and your equipment gone you have no way of communicating or receiving help from anyone... you are completely and utterly alone... Desperately you look for a way of phoning home, but as you explore the seemingly desolate planet, you uncover the dark secrets buried within the depths. In this otherworldly odyssey you uncover mystery upon mystery as you try to survive the harsh climate.