Cosplay Behind The Mask 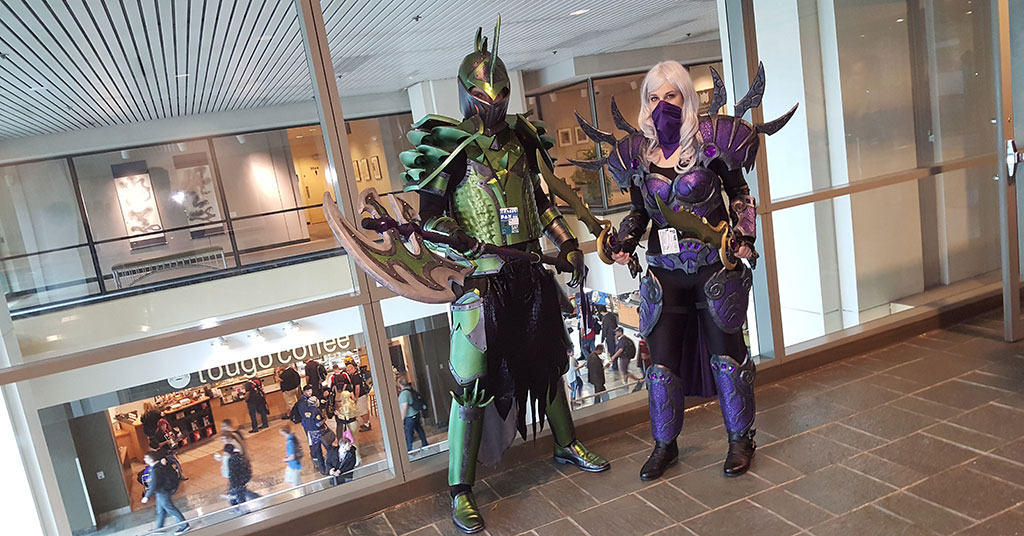 This issue, the Gaiscioch team has been all caught up in the con fever. During McM London, PAX West and Gamescom we have seen some amazing new games, stunning stage shows, and outstanding cosplay. For the uninitiated, the word cosplay is an amalgamation of costume play and many consider it performance art. Fans of various forms of fiction create and don costumes of their heroes, for fun and sometimes for friendly competition. Internet legends quarrel on the specific origin of cosplay but it more generally rose to prominence in its current form during the 1980s and 1990s.

After Takahashi Nobuyuki inspired Japanese readers with tales of American convention masquerades, anime and manga fans began to dress as their favourite characters. The practice exploded in popularity and as Japanese pop culture began to permeate mainstream western sensibilities, cosplay naturally migrated to the rest of the world.

Cosplay is now a worldwide phenomenon. International tournaments are commonplace, cosplay personalities are massive stars, and games even employ cosplayers to bring their characters to life. With so many outstanding creations at this year’s conventions, we wanted to get an insight into the players behind the mask.