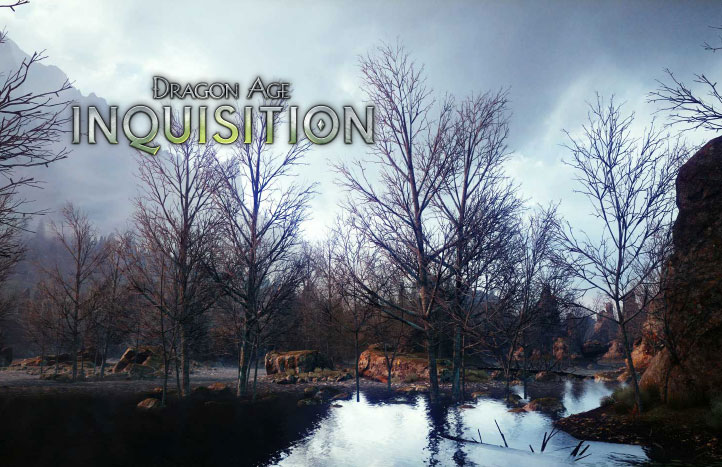 If you have never had the joy of playing a BioWare RPG (role-playing game), it’s time to change that. Dragon Age: Inquisition (DA:I) will transport you to the world of Thedas and immerse you in a gaming experience full of fascinating people, gorgeous vistas and dangerous monsters. Four years in the making, DA:I will offer a highly detailed and richly developed single-player game with a multi-player option. The game will be available on PC and both older-generation and newer-generation consoles, including PlayStations 3 and 4 as well as Xbox 360 and One.

Like all BioWare RPGs, this game is just as story-driven as the others are. Choices you make from the very start can have effects on the very end of the game. You play an Inquisitor in Thedas, ferreting out evil or creating your own. You have to defeat the agents of chaos that are tearing apart the kingdoms of Thedas and pitting the templars against the mages. The skills, race, dialogue, armor, and weapons you choose will drive your character’s growth and development. Different characters will join your party along the way to help or maybe even hinder your progress on your quests. Choose wisely to enhance your chances of surviving from one battle to the next.

During your adventures, various party members will join you. They all have their own goals and desires, and their stories are interwoven into your own. You can influence them and develop their undying loyalty or drive them away in disgust. Some characters may even fall in love with you and develop a romance. It’s your choice to develop those relationships to their maximum or let them wither. However, since these characters accompany you on your quests and can provide substantial help, it’s to your advantage to choose the party members who best augment your unique skills and increase your influence with them so that their skills develop as well as your own. You’ll need all the help you can get fighting some of the vicious creatures that will cross your path.

Those who have played the first two Dragon Age games will be happy to know that Morrigan, Leliana, Cassandra and Varric are back. Some of them play an integral part in this story. You’ll enjoy comments ranging from the snarky to the sublime with all the new party members that are part of this installment.

Since there are so many possibilities in choosing class, gender, party members, dialogue options, weapon styles, class specializations and so on, the story will never be the same twice. This game will have just as much replay value as previous Dragon Age games. With the addition of four-player multiplayer operations that will be changed weekly, expect DA:I to stay on many players’ radars for quite some time.

Character customization has been upgraded significantly from the previous two games. If you want to jump into the game and play, you can select a pre-made character template and get going. If you want to tailor the character to your favorite look, you can spend a lot more time and have fun making the toon your own. You can choose from four races and multiple classes. You’ll even have the option to add scars and freckles if that’s your thing. Hair, eye, and even tattoo styles and colors can be altered at the start. Players will have the choice of two male and two female voices. Fans of Jon Curry, who was the voice actor for the character Zevran from the first two games, may be happy to hear he is returning to DA:I as one of the male lead voice actors.

Items can be customized throughout game play, and BioWare has added a substantial crafting system to DA:I. If you want to create a specialized fire axe, you can. If you feel like concocting poison grenades to take down some enemies before wading into battle, you can do that, too. There will be no shortage of materials or loot to find throughout Thedas.

Since the game is using the Frostbite 3 engine, there will be many visual and game mechanic improvements over the previous DA games. Different areas will have unique, highly detailed art styles and even different weather. You might play in a sunny meadow one day, plow through a snowstorm on another day, and face dust devils yet another time. The graphics of spell and weapon animations and even your character’s facial movements will be more defined and detailed than in the previous two games. 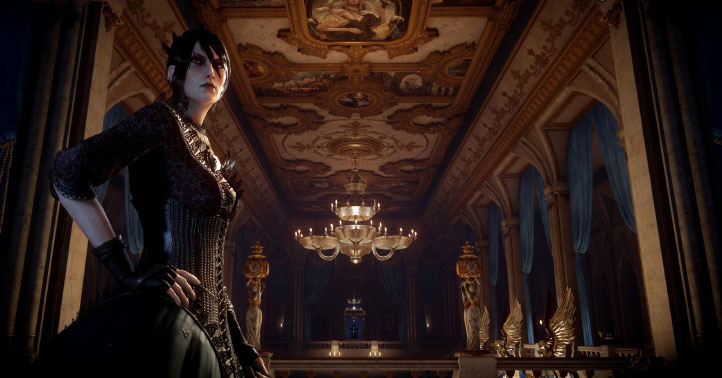 Modders might be displeased that BioWare is not releasing any modding tools with this installment of the Dragon Age franchise. One of the greatest advantages of many BioWare games has been the ability to ‘mod’, or modify, the games. In fact, there are a few thousand mods combined for the first two Dragon Age games. There are still active modding communities even for the 10-year-old-plus BioWare games such as NeverWinter Nights and Star Wars: Knights of the Old Republic (SWTOR). Despite the lack of tools from BioWare, some enterprising modders will undoubtedly develop their own from scratch as happened with SWTOR (thanks, Fred Tetra, tk102, Darth333, stoffe, Darth InSidious and many others!).

If you are interested in mods at all, consider purchasing the PC version. While it will likely take a while for tools to develop, and mods may be more limited than they were for the previous DA games, the PC version is the easiest to modify of all the platforms. Most mods will be for the single player campaign. Mods that alter the multi-player portion of the game in such a way as to give players an unfair advantage will get those players banned. Mods that change appearance and offer no advantage typically are allowed with no problem. Since mods for the single player campaign have no bearing on multi-player leaderboards or scores, the sky will be the limit—the only thing holding back any mod will be access to the computer code and the game engine.

Exceptional voice acting has always been a feature of BioWare games, and DA:I is no exception. All dialogue will be fully voiced. In fact, there will be two male and two female voices to choose from for your player character, which should add to player immersion.

The composer for DA:I is Trevor Morris, who has created music for the movie “Olympus Has Fallen” and different TV series including “Vikings”, “The Borgias”, “The Pillars of the Earth”, and “The Tudors”. He won an Emmy Award for ‘Outstanding original main title theme music’ in 2007. He’s also a veteran composer of video game music, having created soundtracks for “Need for Speed: Carbon”, “Command & Conquer 3: Tiberium Wars”, and “Marvel: Ultimate Alliance 2”. If you enjoy game music, the DA:I soundtrack will be included as part of the deluxe version of the game.

BioWare has taken pains in interviews to explain that multi-player play will not be required to complete the single player campaign. You also will not need to complete the single player game in order to access the multi-player feature. The single player part of the game will focus on the story and your character. The multi-player portion of the game will have four-player cooperative play in operations that BioWare states will change weekly to keep the content fresh. Gamers will choose from 12 different classes. These can be further customized with improved armor and weapons from loot drops or purchases.

In addition, while gamers can buy in-game currency with real money in order to purchase multi-player armor, weapons, and skins more quickly, they will still be able to obtain any desired item by simply playing the game. It is not a ‘pay-to-win’ scenario. You will be able to unlock those items either way, although paying with real world money will allow you access to your favorite items more quickly. 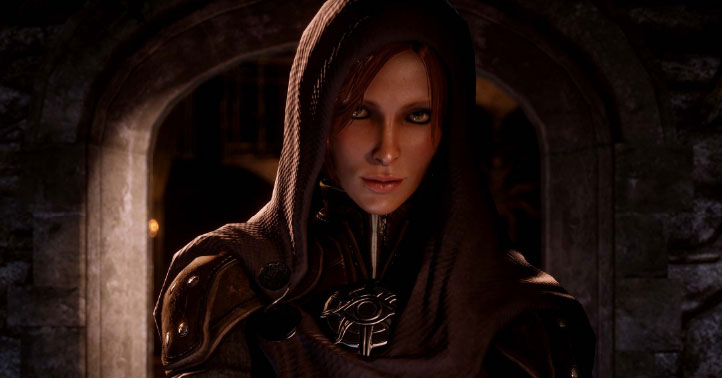 “Day-One DLC”, or downloadable content that is available for a separate charge on the same day the game is released, has been controversial. BioWare suffered the wrath of the fan base in 2012 when the company included Day-One DLC in Mass Effect 3. Players learned that some computer code for the DLC had already been included on the game disk and was not a separate download as it had been implied. After further investigation, it turned out the new character featured in the DLC was included but not the quest line associated with it, but the public relations damage already had been done. Many gamers argue that if the content is already included on the game disk at release, it should be included in the game cost itself rather than paid for separately. This is certainly a valid argument. If it’s ‘finished enough’ to put onto the disk, it’s certainly ‘finished enough’ to go into the main game. It appears that BioWare wants to avoid a similar firestorm of controversy in the DA series, since they have stated that there will be no DLC released at the same time as the main game.

Do expect additional DLC and expansion packs to be released periodically, however, since BioWare has done this for the previous DA games and all of the Mass Effect games. The extra content has typically featured additional characters and quest lines that add to the main campaign storyline. The DLC is never required to complete the main game, but it will extend the game’s lifespan and add to the enjoyment.

Dragon Age: Inquisition will be released on November 18th. It is rated M for blood, violence, strong language and some nudity. The game can be pre-ordered from a wide variety of retailers and will be available for the PS3, PS4, Xbox 360, and Xbox One consoles as well as PC. Gamers can pre-order or purchase physical PC copies or buy a downloadable copy through the Origins site. Those who pre-order a copy of the standard ($59.99) or deluxe ($69.99) version will receive the “Flames of the Inquisition Weapons Arsenal”. The deluxe version of the game includes the Skyhold Throne, a great-horned Red Hart, the ‘ominous Bog Unicorn’, and a digital copy of the soundtrack. It will also include the Flames of the Inquisition weapons, armor, and armored mount.

Are you ready to take on the agents of chaos to protect or conquer Thedas? Can you build an alliance and lead battles to protect your friends and destroy your enemies? The fate of Thedas rests in the choices your Inquisitor makes in Dragon Age: Inquisition. Lead them or fall. 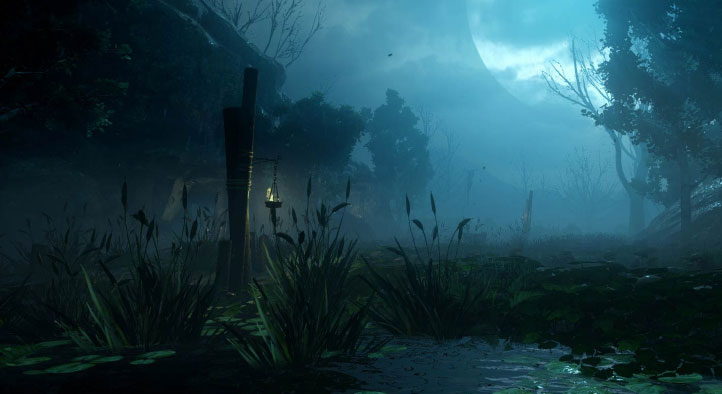