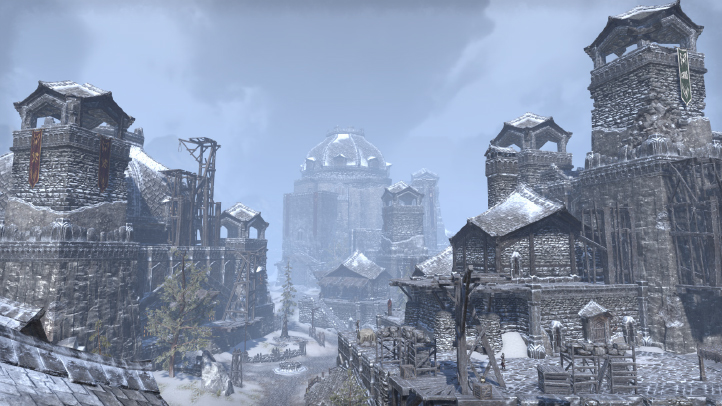 On October 6th Orsinium was opened to us on the Play Test Server (PTS). Several bugs and issues were found within the first couple of days.  The development crew responded quickly to the more serious of these stating they were already working on the fix to be set in the next incremental patch update, which they planned for every Monday or Tuesday of the test.  The first two weeks the NA server players used their characters and the EU server had the latter two weeks to play with their characters.  When your characters were not available, you had the option of selecting a premade character, which you could tweak to your liking.

If you want to read a basic guide, one was posted on the ESO site on October 7th and can be found at this link: http://www.elderscrollsonline.com/en-us/news/post/2015/10/07/orsinium-guide-the-basics

I did not venture into the Maelstrom Arena and figured I’d save that fun for when it went live.  There is a guide on the ESO site, posted on October 23rd, to check out.  It can be found at this link:

This article will be my tale of exploration with my characters while on the PTS. On November 2nd, this went live and all have been able to enjoy it.

I did not get to Wrothgar via the NPC you can find in your starter city, for Ebonhart Pact, it is Davon’s Watch.  Instead I opened my map and popped to the one open wayshrine at the start of the zone and continued from there.  I had not read the guide before jumping into this test and just ran with it.  I finally read the linked guide after a couple days of exploring to see what I figured out on my own first.  I do suggest going via the introductory quest in your starting city for your alliance.  Once it went live, I followed the quest and it was only a couple of stops to do before you entered Wrothgar for the first time.

Once in Wrothgar you are immediately thrown into a quest that starts the tale of the zone and the rebuilding of Orsinium.  The Orcs are doing well, but the Winterborn, a Reachman clan, are causing all sorts of issues including stealing needed supplies.  It is winter after all and any supplies are welcome.

The terrain shows this season with higher elevations being covered in snow and the lower snowless, but everything is dead looking for winter.  One of my guildmates made a note of the snowless areas reminding her too much of Fallout with all the dead looking land and the timing of both releases.  I could add, where I live will look just as dead come the end of October or early November.

However, the weather for winter was not what impressed me or that they properly had snow in higher places.  No, what grabbed me was the true ruggedness of the place.  Gaiscioch is always joking about our short cuts that include cliff diving. Well, there is plenty of that to be had in this zone and some of them appear to out do most other zones for number and height.  I actually dove off one, died, and used my free rez to pop up by my guild mate.  Why?  Read on and you shall see.

Not everything is as easy to get to as other zones.  There are quests involved to get to some of the crafting stations.  This is where the cliff diving story comes in.  There is one such station that you can discover by riding up the road and be way over it up on this cliff.  I did a double take on trying to figure this out much like my guild mate had.  However, he told me the entrances were below.  Until you do the quest one door is closed to you, but there is another that lets you in.  Here’s the fun part you actually can get the quest to mark the door if you talk to a quest giver in the town of Morkul off to the west a bit.  It is not an obvious place to look for this quest and I did not find the quest giver until after we did it the hard way and I checked with another character for a starter.  Anyway, the entire quest starts up the Morkuldin Forge and was not hard, but definitely fun.  Once the quest is done you can freely enter this area to craft.  By the time you do this, you probably won’t forget where these doors are in the cliffside and at least the point of interest marker is there to remind you where along the cliff to look.

I did go into Old Orsinium, one of the public dungeons.  I did not try to find any of the champions there due to soloing most of it.  This thing called dinner interrupted going through it all with two other guild mates.  With my VR16 templar doing some fancy skill casting and footwork, I could solo the quest inside.  Good thing for potions or I would have no magicka or stamina to pull this off and actually did fight at times with light and heavy attacks only for several seconds. 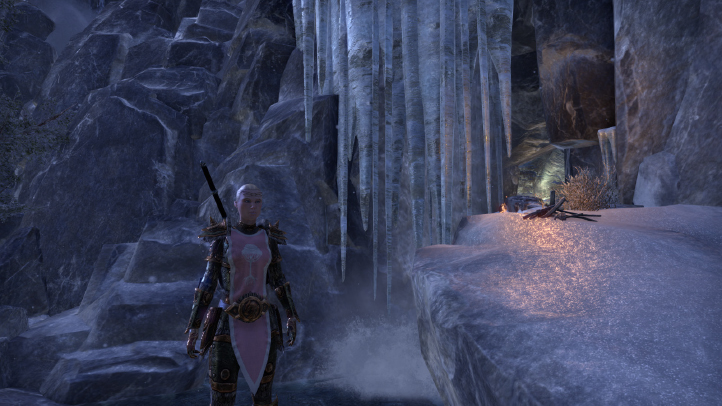 The place is broken down into subsections.  On the map you will see blown up the section you are in and in the upper right a small overview of the entire place.  On the smaller overview, the section you are in will be lit up so you can see where you are in reference to the rest of the dungeon.  There are puzzles to get into some of the sections so pay attention to what orc tribes were blessed and which ones were cursed.  The order on the puzzles even matters, but even with having to guess it isn’t that long of a trial to get through each puzzle.

I tested with two different toons the scaling of nodes and dropped loot.  This appears to be working just fine and I got laughing as the one character got a slew of rawhide killing things.  After all, she is only an alchemist.  The nodes you can harvest and the hides off of animals killed will be based on the level of the character’s crafting.  My VR16 also happens to be my crafter of all armors and weapons.  After a good harvesting node run I noticed that around 25% were the VR15-16 mats and the rest were for the next tier down.

On a good note ALL of the armor and weapons you loot are at your level.  I thought some were on the lower tier, but rechecked this to confirm everything I got was VR16 ranging from white to blue items.  This will be a good place to harvest these mats and will help with acquiring the atrocious amount for VR16 crafting.  Also, for those of you who hate PvP mixed in your PvE, here is your option to get endgame materials.  If you want to craft sets added with the Imperial City, you still have to go to those stations in IC.  It does appear the sets added with Orsinium are more PvE centric while the IC ones did lean towards PvP more.  I think they did a good job of giving PvPers and PvEers options for these new levels they added. 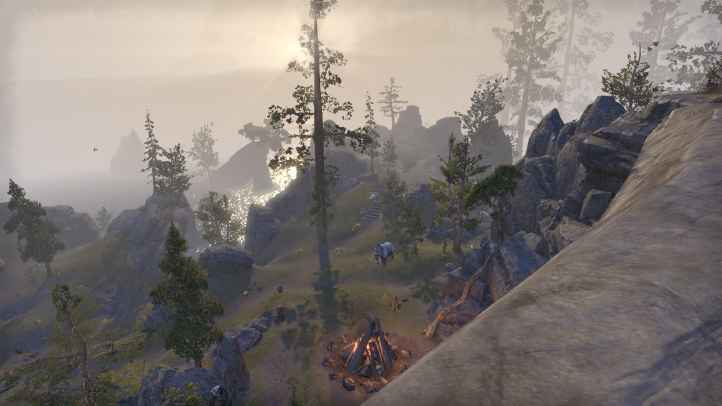 We thought this zone was going to allow grouping of mixed alliances, but the initial testing did not allow this.  It appears each alliance has their own instance of Wrothgar.  Other than that rumor being proven wrong, those that used the new grouping tool appeared to have no issues with it.  What the new grouping tool allows is cross alliance grouping for group dungeons only.

Champion points have been capped at 501 for now.  If you have over 501 you don’t lose any, but all your points will be reset and you will have to assign the 501.  If you reach 501 before they raise the cap over 501, you will still gain the champion points, but will not be able to spend any of them until the cap is raised.  So keep acquiring those points, but know they are trying to keep the game balanced with this new restriction.  To help see how many points you have spent of the three types, you will see in the bottom left hand corner the “number spent”/”the number you can spend”.  With it set at 501 you can spend a total of 167 on each type across its three corresponding constellations.

This doesn’t cover everything you can find on this map.  Like most maps there are world bosses about and plenty of delves to find.  There is a crafting station for each new set with some of them having quests to open like the one I explored above.  There is even the Ancient Orc style to acquire.  Let’s not forget the full story line for this area is to help the Orcs rebuild and deal with the Winterborn. 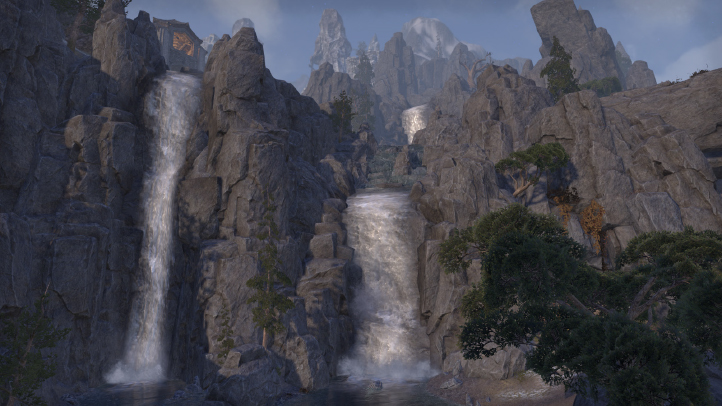