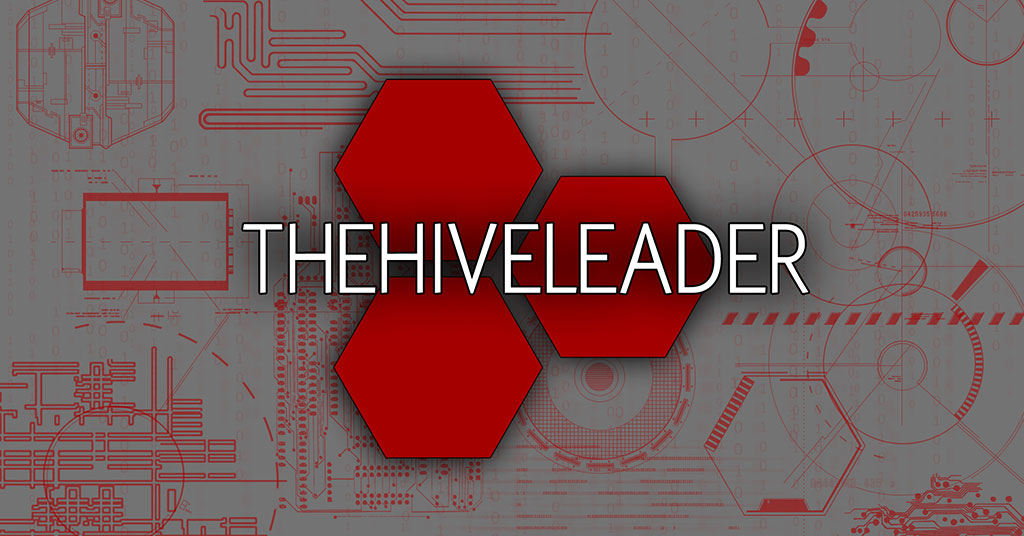 In my wanderings around the land of cyberspace, I came across a video by a lad named "TheHiveLeader". In a sea of forgettable personalities and nerdrage, here I found a gem. One of the first videos I remember seeing was his review of Cabal 2. I literally could not stop laughing. Fortunately my friends over at MMORPG.com put me in contact with him so I can bring you this exclusive look into the mind of TheHiveLeader.

Greetings Mr. HiveLeader! Thank you so much for joining us today. First off can you tell us a little about yourself, your show, and how you got started?

A bit about me: I grew up as an avid gamer, starting with Atari and then moving on to pretty much every console since. But once I discovered MMOs, it was all over. It’s been my genre of choice for over 20 years. Then at some point in college I found out I had a penchant for writing comedy (granted at the time it was TERRIBLE comedy, but I enjoyed it so I didn’t care). I wrote and acted in several comedy sketches, some of which are still around YouTube… good luck finding them. I even wrote a few comedy TV pilots, but none of them ever came to anything. Sometime in 2012, I saw a few different gaming YouTubers who did comedic reviews of older games. I thought to myself, “I wish they would do videos on the games that I play.” Realizing they never would, I figured maybe I should just do it. Hence, my two passions combined, and TheHiveLeader was born.

How long did it take you to begin generating a strong following of viewers?

While a lot of YouTubers experience sudden growth, my audience has slowly built up over the past four years. Year one it was 2,000 subscribers, then it was 7,000, then 15,000, then 30,000. It just seems to double up each year. Hopefully I’ll continue to experience this every year, but I’m not counting on it. Frankly I’m happy with my growth being a bit slower. Those who subscribe are coming because they seem to enjoy all of content I put out, not just one particular video or type of video. I have the best group of viewers on YouTube. I might be biased.

Can you walk us through your process of how you come up with one of your videos?

Despite popular belief, drugs and alcohol are NOT involved. The hardest part is picking a game to cover. Once that’s done, I play the game while recording footage and making observations about the game. I try to find the humor in each situation. “Why is this funny? How could this be funny?” Ever since I started writing, this became how I look at life in general. I try to find the comedy in everything, no matter the situation. It’s a good way to live life, though I think my day job would like it if I stopped cracking jokes in meetings. After this, it’s simply about writing a script with a blend of information and comedy. Then I record it, edit it up, and the video is done! I think I’ve got it down to a pretty good process at this point.

What tools do you use to create your videos?

I record PC games via Bandicam, and consoles via an Elgato capture card. I record my vocals on a CAD E100S mic into Adobe Audition, which I then use for some post processing work. I then throw my vocals and footage into Sony Vegas (which is now called something else, but I don’t know what it is for the life of me), which I use to edit it all together.

We were recently told that you can make watching paint dry entertaining. I understand you accepted that challenge. If so, how well is your paint drying video doing?

Oddly well. April Fool’s Day videos can be a bit hit or miss, but people responded well to this one. I think it has to do with the color and sheen of the paint. Never doubt the power of eggshell. And to answer the burning question on everyone’s mind: Yes. The paint did dry. Also my wife probably wants me dead for dumping strawberry syrup on our floor.

Have you ever meant to make a video, and had to stop because the game was just "that bad"?

YES. Quite a few actually. Mostly early access games that have a bit of hype behind them. Some are just far too incomplete. The one that sticks out in my recent memory was The Black Death. I got in as soon as it opened to the public, and it just was not even close to ready. At that point I just move on to something else. But if the game is actually released, then I just go for it. Bad games make for good videos.

What was the hardest video you ever made?

That depends on what you mean by “hardest”. But I’m actually going to say “Dark Souls III”. That video was a chore in every aspect. Playing the game was fun enough, but it IS a Souls game, so my frustration levels were high. After 10 hours of playing, I found out I had issues with my footage and none of it was usable. So I decided to do it all over again. Then I had an issue with some new video drivers screwing up my editing program, so I had to switch to a different program to edit. This made the process take twice as long. The whole thing ended up really souring me on the entire game and video making. I believe I ended up taking a two week break shortly after that one. Good times...

What was one of your favorite videos to make?

A lot of times it’s the one off ideas I enjoy the most. The “Battle of the Superhero Summer” was something I did last year on a whim because I simply had the idea. I enjoyed every second of it. I also love making my Deadpool machinima videos, even if they aren’t the most popular. Lastly, my “Guide To” videos are also a lot of fun as I get to put all of my MMO-playing experience into them.

I understand you've taken video making to the next level and are now doing sponsored content videos for games. How have you positioned yourself so you can still bring your comedic personality to game videos without compromising your creative process?

I consulted a lot of people (viewers, friends, family) about this and came up with a set of rules for doing any sponsored content. It’s a tricky road and one that I actually take pretty seriously. When accepting money for a video, it’s really easy to be seen as a “sell-out” and a “shill”. As a YouTuber, you learn not to take comments seriously, but when I’m accused of these things, it gets to me. I wanted to make sure I wouldn’t have this problem. Hence, the rules. You can actually read more up on them here: https://drive.google.com/open?id=12InMpkTN5j6KmuKDD0s48OADOut5dwW78-iFXchXI1g

That said, I’m still going to have to work on interjecting my comedy into sponsored videos. It’s going to be tough to pull off because comedy can easily come off as negative. And you can’t really bad mouth a game you’re being sponsored to talk about can you? That’d be unprofessional. Here’s a clue though: If I’m not making many jokes, I probably don’t enjoy the game very much. If I’m joking more, it’s probably because I enjoy the game.

For a few years you were exclusively featured on MMORPG.com, a few months ago you announced that you were breaking off your own channel that would feature more than just MMO's. Can you touch on this decision and what your relationship with MMORPG.com is at this point? Are you still working with them as well?

Shortly after my first year of making videos, I was approached by the editor of MMORPG.com about making videos for their site. Being an avid MMO player, I would often visit the site and held them in a pretty high regard, so it was an opportunity I didn’t want to pass up, but I also didn’t want to give up on my channel, so we struck an agreement. Any new videos I did would be uploaded to MMORPG.com’s YouTube channel, and then after a week I would upload the videos to my personal channel. In exchange for this week long exclusivity, MMORPG.com would help provide me with access to new games, equipment, access to conventions, etc. It was very beneficial to both of us. They got my videos a week earlier than anyone else, and I gained some amount of “legitimacy” in the MMO community. After three years, it became pretty clear to both MMORPG.com and myself that for my YouTube career to continue to grow, this exclusivity deal would sadly have to end. It was time for me to concentrate solely on my personal channel.

At this point, my relationship with MMORPG.com is pretty much the same. We are all very good friends there and still talk on a daily basis. They are some of the nicest people you could ever hope to work with. The only difference at this point is that my videos are no longer uploaded to their YouTube channel. They still feature any videos I do on the the website, but they’re simply embedding the videos straight from my YouTube channel.

Learn More about TheHiveLeader At: