Welcome to the sights and sounds of the eastern half of Bjora Marches. It is a fast-paced, dark and cold place from all the snowstorms and unsettled problems with the Sons of Svanir. Whispers will be heard in this sector where the second episode of The Icebood Saga called “Whisper in the Dark” takes place. To start clearing this area, it is imperative to start your Raven Attunement mastery as soon as you get into the area because the Raven Bond is necessary to unlock the gates into the other sectors. Pondering how to present this guide, I decided to describe this zone as the paths take us. The areas that will be discussed are:

Jora’s Keep is swamped with events, monsters coming from every side, and it can sometimes feel overwhelming. It is definitely a team effort to enjoy this area.

Merchants and other spots to know about:

Meta events are in both Jora’s Keep and Frozen Pass:

Other events and activities: 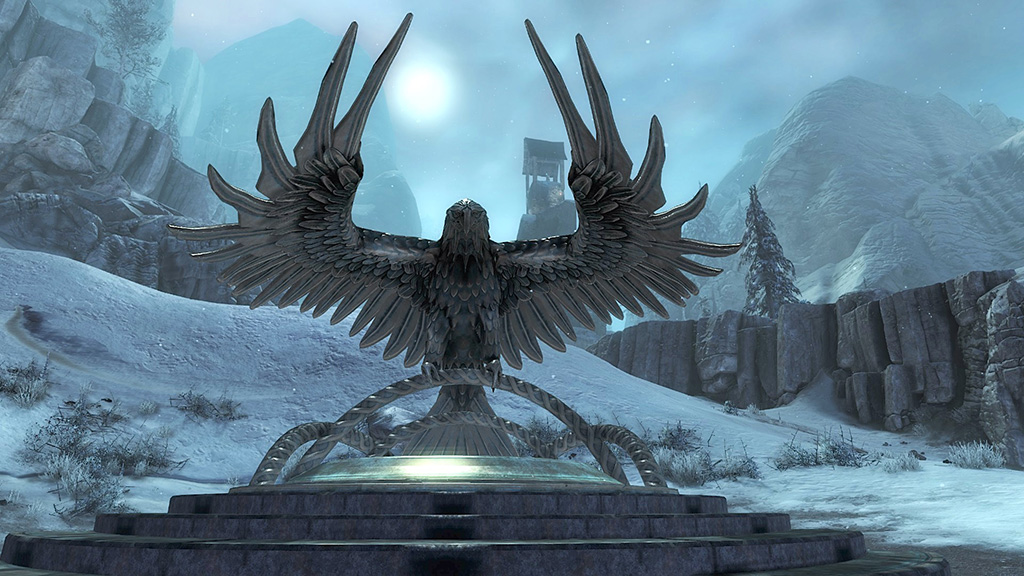 The Frozen Pass is surrounded by icy cliffs with a guard tower and a beautiful raven statue. Watch for the arctodus that will be roaming around ready to pounce.

The Svanir plateau has four camps where there are tent type barracks and prisons enclosed near frozen cliffs. They seem to always be under attack and in need of assistance.

These are all easily seen on the map.

Darkrime Delves is a cave at the base of the mountain in the northern part of the map, where Almora is found in the storyline.

The Fallen Mountains make up the northeast corner with ridges full of landslide rocks and boulders. The center of attention is the Bear Shrine in all its glory.

To reach the view site, go northeast of the Fallen Mountains Vista to a set of ledges that you can jump up on a springer or fly to on a skyscale. There is also a bouncing mushroom just below the vista that you can bounce up all the way.

Fallen Mountain Overlook is just southeast of the vista and you can glide down, but be ready to be in battle with multiple fallen foes before being able to commune with the insight.

Next to the gateway for Ravenfrost Caverns, there is a bouncing mushroom that will land you above on a plateau to the south of the cavern entrance. There is a tiny lean-to with 2 relief crew scouts, sitting by the fire. Take the time to hear their story, but don’t sit too close to the fire, it will hurt.

Southern Mountains is just southeast of Jora’s Keep. Easiest way up is to jump up the ledges on a springer to the view area. 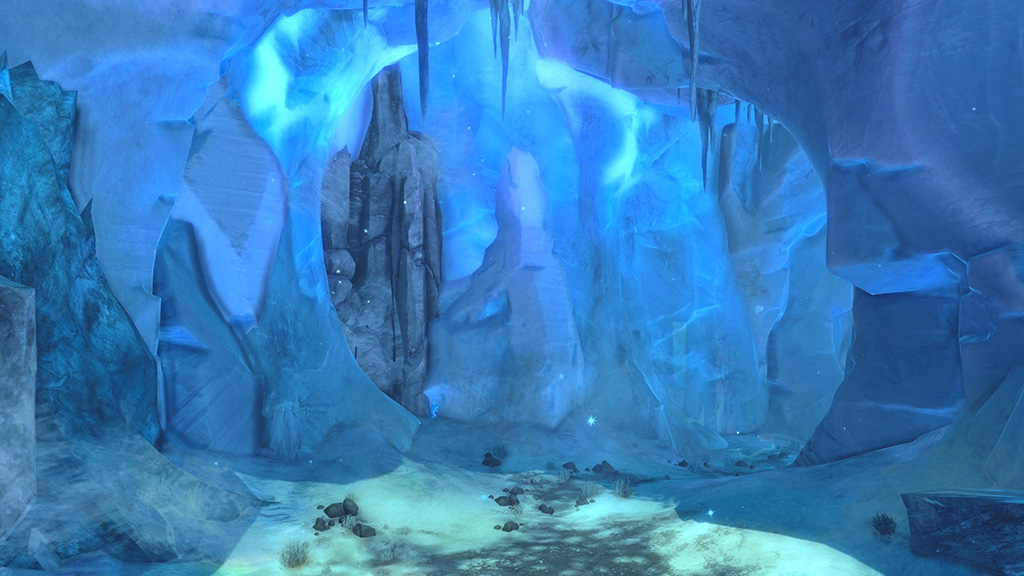 Ravenfrost caverns is located to the southwest of Eastern Bjora Marches and its entrance is centered between two rock ledges. Just look for the big blue glow, but the raven lock mastery is needed to get into the cave.

Ravenfrost Caverns Insight is accessible by following the path south and the mastery is on the ridge above the path. 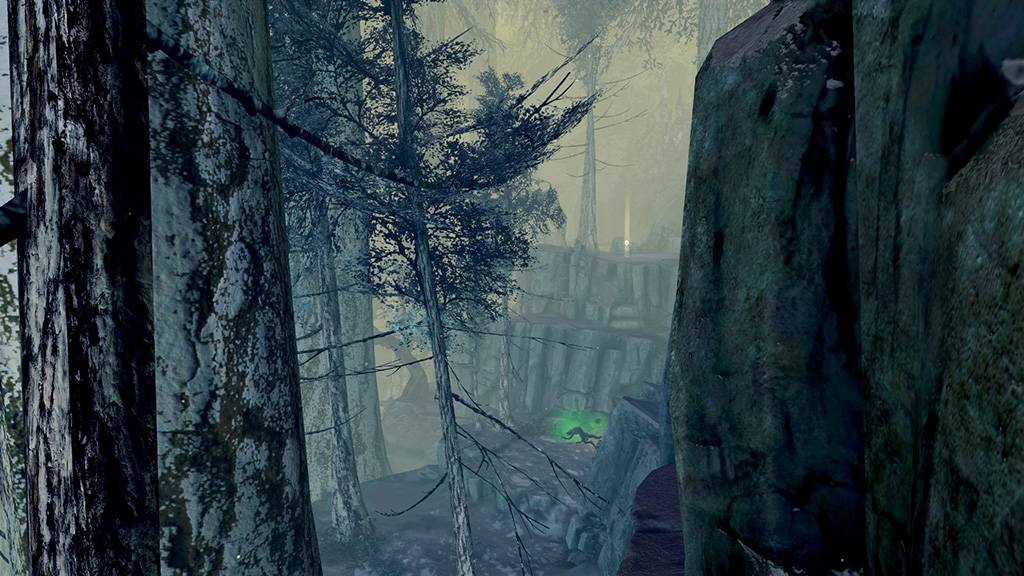 Take the path through Ravenfrost Caverns, going to the west into the Aberrant Forest. Unlock the raven gate to get out and the dark aberrant forest will engulf you with multiple foes to fight. 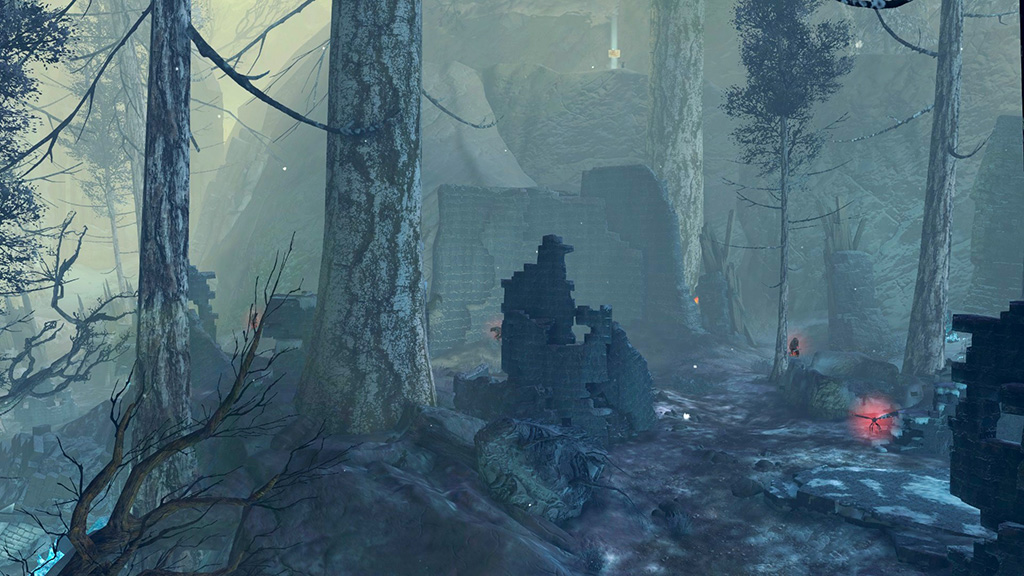 The Fallen Ruins is a section of broken brick buildings that lay in piles of rubble. There are multiple foes to fight, so be on your guard. 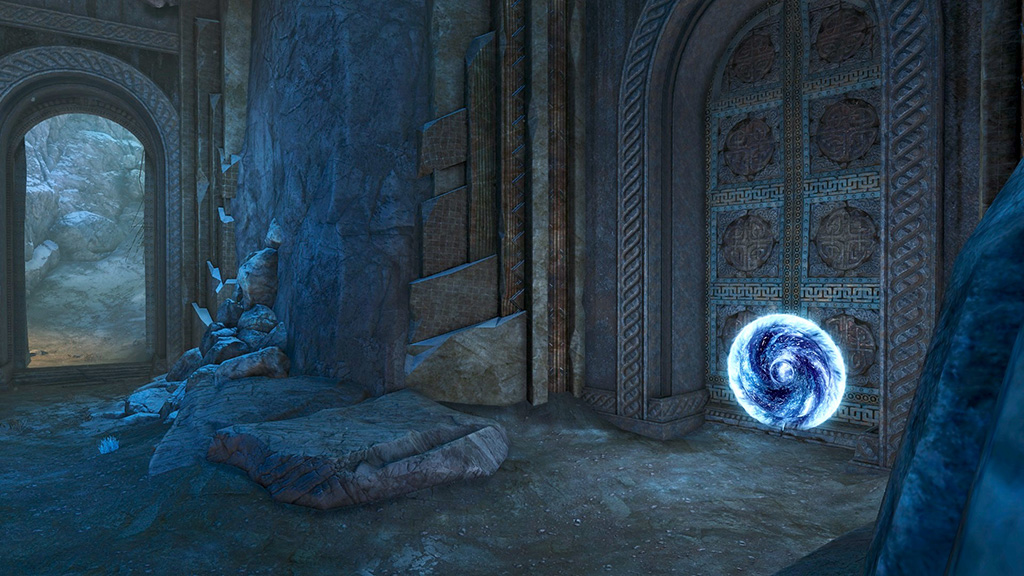 The Raven Sanctum is just northwest of Fallen Ruins with an entrance to a cave. In the cavern, there is an entrance for strike missions and an exit showing the way to West Bjora Marches. It seems to be a quiet cavern away from the craziness of the outer Bjora Marches. 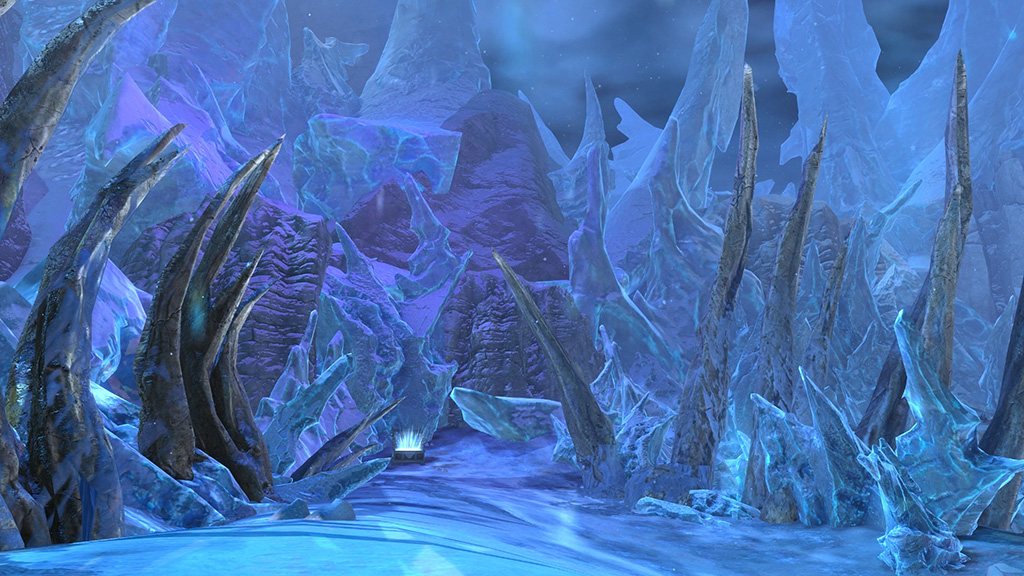 Asgeir’s Legacy is on the northwestern part of the map. The entrance to the area is only open during the end of the meta event called Storms of Winter.

After the event, enjoy your farming.

Events throughout the East Bjora Marches:

This guide was very interesting to do, with many challenges to take screenshots at the same time you have to fight the foes. There are really, very few stops where you can look at the map without getting hit by something. Be prepared to battle your way through to the eastern side of Bjora Marches. Be sure to look up the achievements in these maps for extra shinies!