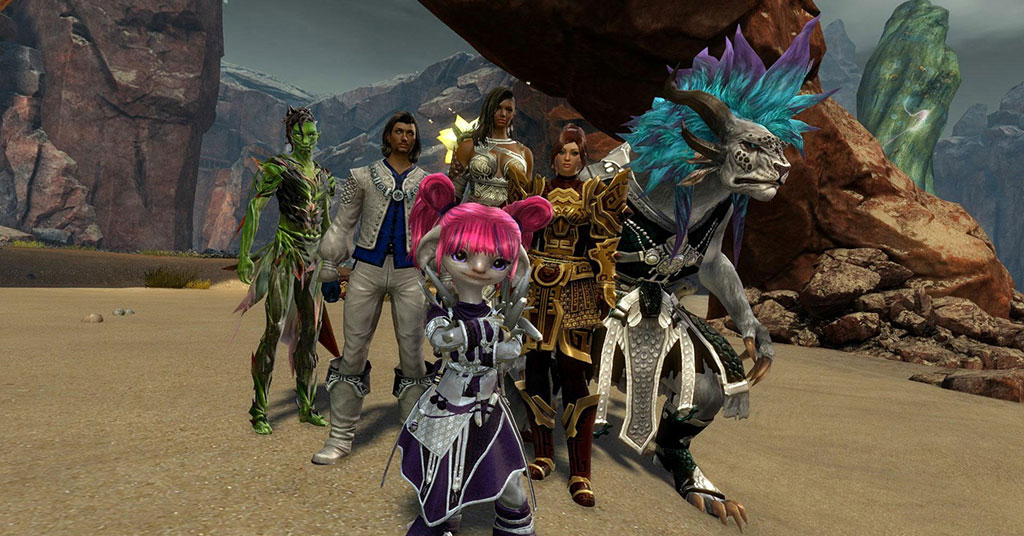 It is safe to say that video games can touch lives. Guild Wars 2 is one of the friendliest MMORPGs you can choose to play and it shows. Its launch manifesto encouraged players to play their way, and ArenaNet built a game that fundamentally rewards you for playing with others. It is no surprise that over the last six years, Tyrians have pulled together to help push back the undead, destroy dragons, and right some wrongs in the real world.

The launch of ArenaNet’s Friend/Ships campaign comes at an especially poignant moment for the Gaiscioch community. While this community looks back at how one of its members touched so many lives, we took some time to talk to Elisabeth Cardy, Associate Global Brand Manager at ArenaNet, about Friend/Ships and community in Guild Wars 2.

Can you tell us a little bit more about the inspiration behind the friendships campaign and why Arena Net launched it?

Elisabeth Cardy: We’re big fans of the way that video games, and MMOs especially, can bring people together. Guild Wars 2, especially, has a strong emphasis on collaborative gameplay and many of its systems are designed to ensure that it’s always good news to see another player. Fans have been telling us about friendships that they’ve made around the game for as long as it’s been announced, which has always been a really touching experience. We’ve often said that we think the Guild Wars 2 community is one of the friendliest around, and so we were excited to take an opportunity to really shine a spotlight on that, and how people are changing each other’s lives for the better through the game.

What has the response been like so far and have you had any early highlights ?

Elisabeth Cardy: The response has been staggering! It’s a delight to read through each story that gets shared. I’m a sap, so it’s really hard to pick favorites because they’re all so clearly important to the folks sharing them.

One of the most poignant examples friendship can change the way we play a game was the naming of Sanctum of Rall. Are there any other examples like this that still sit with you today?

Elisabeth Cardy: Folks from all over the Guild Wars 2 community have stories of people who had an impact on them like Oldroar did on the Gaiscioch community. It’s stories like those that led us to putting the guild hall monument decorations in, so that people could celebrate and remember friends in their own way.

It is coming up to Valentine’s Day, do you expect to see a few love stories?

Elisabeth Cardy: There are already so many!

Having somebody to watch your back is great if combat starts getting a bit Dredgeful but how important is it to know the players behind the screen?

Elisabeth Cardy: I think it’s different for everybody! The neat thing is that because partying up or playing together without a party is so easy, people can kind of engage to whatever level they’re comfortable with. I’ve had whole interactions with folks that consisted of nothing but a couple /emotes, jumping up and down enthusiastically, and taking on a champion as a duo - or carefully tip-toeing around each other in the dark room in Obsidian Sanctum.

What is the thing that you've done for a friend in Guild Wars 2 that you are most proud of?

Elisabeth Cardy: I love helping friends get mats for their legendary weapons or other high-end crafted items. Whether it’s running content for lodestone drops or doing gathering runs, it’s fun to get to walk part of their legendary journey with them.

Elisabeth Cardy: This is weirdly on-topic: I met a very dear friend because we happened to run the Claw of Jormag event at the same time each day in early 2013, and their character’s name tickled me so much that my guildies and I started pestering them. It was a charr necromancer named Master of Whiskers (a pun on a character from the original Guild Wars). Cracks me up to this day. 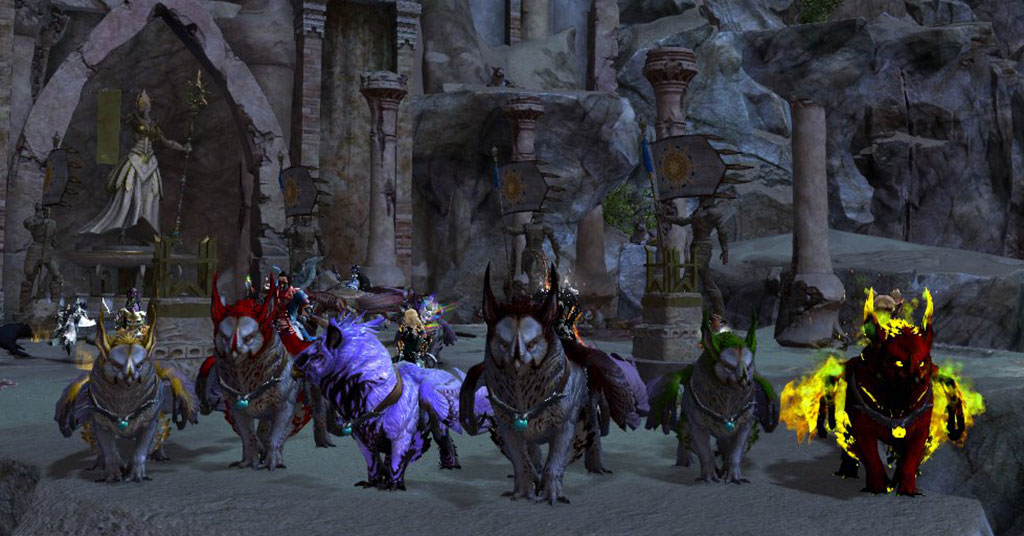