Helping Children Around the World 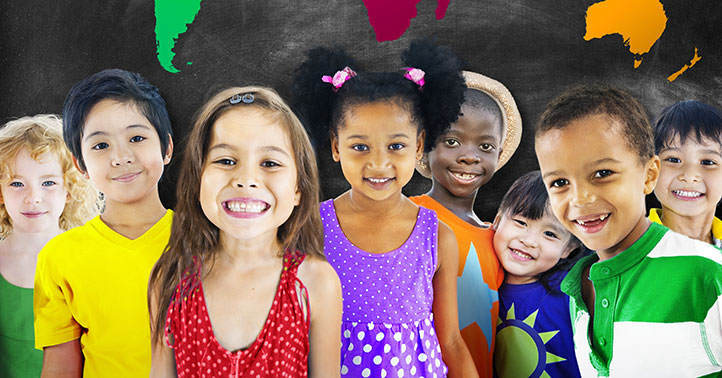 Gaiscioch is not just a gaming community, it is a family that cares about each other and the welfare of others. Its members have given thousands of dollars over the years to Children’s Miracle Network hospitals through Extra Life events. Hundreds of stuffed animals are collected each year to be given to several organizations that give them to children in hospitals or who have been hit with various types of loss and devastation in their lives. I agree wholeheartedly with this aspect of the family and have been doing my own things to help children around the world. I am quite sure there are plenty of other individual stories to be found amongst our members.

One of my greatest joys over the past nine years has been supporting a boy in Ethiopia through an organization that a few years ago changed their name to One Child Matters. This Christian based organization runs centers throughout the world that give children schooling with a hearty meal each day. For some children this is the only meal they get. For most, this schooling would not be possible otherwise. There are many different things to be worked out to manage these schools and keep children sponsored in them. I believe that One Child Matters has done a great job of this without extraneous overhead expenses in the nine years I have sponsored through them.

I have supported the same boy for the past nine years and as of the release of this issue, he has graduated the program. The journey of this boy growing into a young man ready to take on the world has been amazing and fun. Letters and pictures may only happen a few times a year, but the reports showed me what he liked to do in school, that he has really enjoyed soccer, and had made his own decision over time to become a Christian. I have no idea where his life will lead from here, but I know for nine years he was able to attend school and attend the university for an engineering degree. Per his most recent letter from June, it appears he will graduate from the university next year with his degree, which I believe is an associates level. Despite being in a country where things are far rougher than the ease of the United States, he has quite the advantage with One Child Matters.

I plan on rolling my monthly sponsorship into supporting another child in need through One Child Matters. It is one small way that I can make a huge difference in someone else’s life even if they are around the globe from me, in places I know I will never tread. It has been very rewarding to watch a boy grow into a young man. I am not sure if I’ll have a girl or a boy next or what country they will be in. That is part of the fun because I share things with the child as much as they do with me about their culture and life. Sure, it took a bit for a boy to get used to really writing more in a letter, but even a simple hello with a picture he drew was worth it. I hope the next child I support progress as well as the one that has grown up and is now having to face the world as an adult.

For more information check out
www.onechildmatters.org.