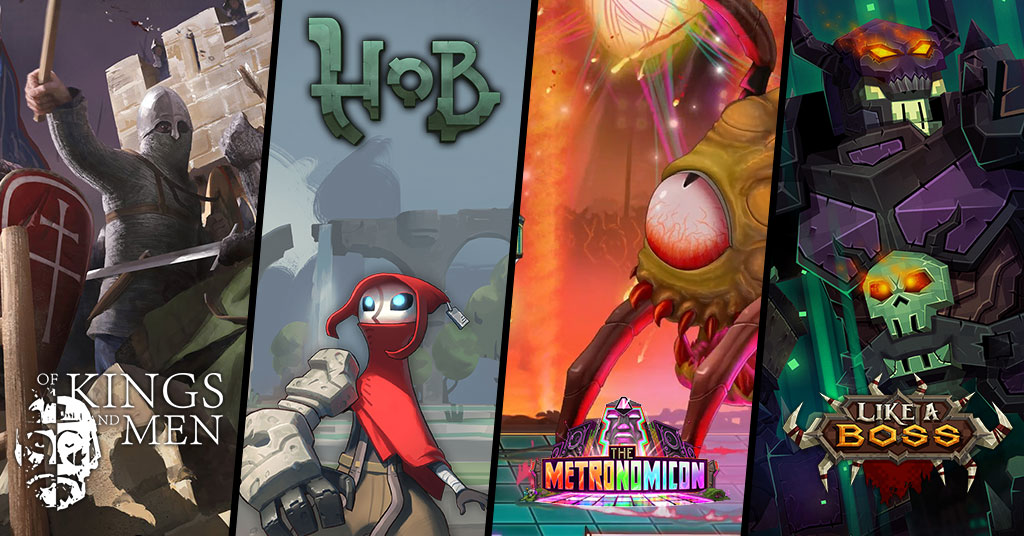 Four games you might have missed from this year’s Gamescom

Slip off the beaten track at any Games convention and you will find some unusual sights. The restroom queues, coffee that fights back, more cosplay than you can shake a roll of worbla at, and some overlooked gems. Hidden away from the overpowering din of the main stages, we found some interesting titles that you might have missed during the con season. 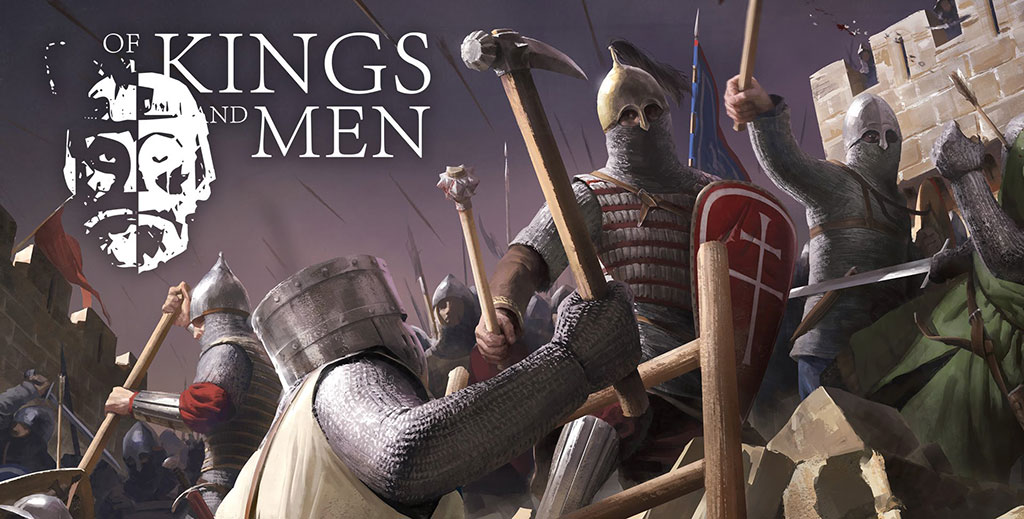 Of Kings and Men

A trip to see what Greenman Gaming has to offer is always rewarding. Greenman has a history of curating some interesting titles that might be just a little too risky for other publishers. With a pedigree that includes The Black Death and Lifeless, I am rarely disappointed by their arsenal.

Of Kings and Men fits this bill. It is a labour of love for the same tiny team of indie developers responsible for the Mount&Blade: Warband cRPG mod. The last few years have seen them overcome distance, time zones and a failed Kickstarter, finally setting up shop in Belfast under the Greenman Gaming umbrella. Of Kings and Men is a third person multiplayer medieval war game that throws players into an absolutely massive campaign to take on hordes of other players. If you’re thinking of trying this out with your guild, you might want to make sure you have a sizeable roster. This title distinguishes itself from the rabble on sheer scale alone. Masses of players fill a campaign map, skewering, hacking and gouging their way through opposing players. This might not seem unusual at first glance, but it is when players get together that the magic happens. 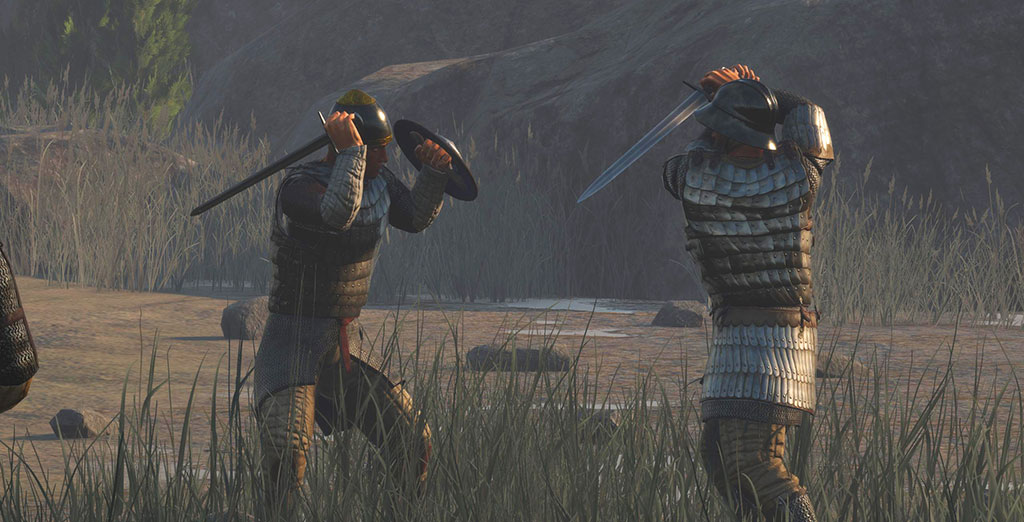 Massive Multiplayer Online Role Playing Games regularly try to tame the siege, allowing huge numbers of adventurers to clash in battles of huge proportions. They rarely succeed. As players crash into each other, systems strain under the sheer volume of data, causing armies to descend into anarchy as players judder aimlessly across the screen. Kings and Men has seemingly conquered this problem. Alessio, technical lead on the project, explained in simple terms that by selectively rendering and tracking other players the game engine is able to simply ignore characters that are not relevant to you. Clashes filled with hundreds of players seem to simply flow by without incident. Archers, knights, spearmen, and grunts wielding a variety of weapons all spawn, die and, respawn without incident.

Even more astounding, rather than create a fully sandbox state which will ensure player interactions are nicely spread across twenty-four hours, Of Kings and Men includes timed objectives. Players are encouraged to log in over a concentrated period and cluster together to conquer objectives on the campaign map, ensuring that everyone that turns up gets a piece of the action. With the right incentive and supporting systems, this approach could create the sort of social dynamics that many games simply fail to engineer in the modern era.

I got some hands on time and found getting into the fray is fairly easy for anybody that has experienced stance based combat before. Movement is primarily WASD based, using the mouse to attack, defend and change stances. Each player can select a weapon most suited to them, making the experience different depending on the chosen weapon. With bows, crossbows, maces, spears, swords, axes, and polearms all included, accuracy of combat is hard to determine at this stage. The game is already in early access and I found ganging up on other players far more effective than trying to be skillful anyway. What I did notice is that combat is fluid and fast. The same systems that keep lag down also means combat is satisfyingly responsive.

I am not a medieval warfare fan but Kings and Men has intrigued me. The possibilities that emerge from castles, hundreds of players seamlessly interacting, and a chest of shiny loot are exciting. It might seem like a simple concept but getting siege warfare right is something that massive AAA studios struggle with all the time. It might be that a small team of indies has cracked it.

You can keep an eye on Kings and Men at:
http://ofkingsandmen.net

Hob is a game that I found quite unexpectedly. Sitting in the back of the Perfect World stand, shoehorned in behind Gigantic’s rows of computers, was an altogether calmer slice of Gamescom. After battling the Borg in Star Trek Online, and seeing some massive action in Gigantic, I squeezed around behind the throngs of Motigans to try out Hob, the latest title from Runic Games.

Hob is an action platformer, set in the ruins of an ancient civilisation. Players traverse a variety of landscapes filled with ancient relics, puzzles, monsters, and some spiky local plant life. Aesthetically, Hob is just as beautiful as the Torchlight franchise. It is full of very bold lines and soft cell shading that gives it a slightly quirky edge. Runic mix two and three dimensional elements in the fore and background, all of which are reminiscent of The Legend of Zelda: The Wind Waker.

This comparison is equally valid when it comes to gameplay. Hob is an isometric action puzzle platformer with a good emphasis on the action portion of the game. Controls are uncomplicated with WASD movement keys and a useful set of combat abilities. Players come equipped with a traditional sword and a powerful arm augmentation, good for swatting problems as they arise. As players run, jump, and clamber over the map, new areas unfold by solving puzzles, making this more than an exercise in bashing critters and looting gems.

Solving puzzles in Hob requires a little leg work. Stages are gated, quite literally, and are unlocked using the mysterious power that lurks in the players left arm. I found myself a little confounded by one stage and the ingenious placement of a vicious critter hive. Despite this, working through puzzles is satisfying without being infuriatingly long.

Hob is totally unlike anything Perfect World has published before and Runic showed only the briefest glimpse of some very basic gameplay, but I am already waiting to throw money at the screen. This is an utterly charming adventure that unashamedly appeals to everything I have ever loved about Hyrule. Keep an eye on Gaiscioch for more information on this when it arrives on PC and PS4. If Runic’s history is anything to go by, this could be a classic.

The Metronomicon is a game that has already been covered on the Gaiscioch website but it deserves another mention in this round up. The Metronomicon is a rhythm based RPG, produced by Puuba and published by Kasedo Games. It combines the soul of rhythm based gaming with the depth and lore of an RPG. For players like me that love both these genres, this is an instant lure and I was not disappointed by my Gamescom encounter. I had some hands on time with a party of musical heroes at Gamescom, throwing some epic fireballs and the odd legendary shape. 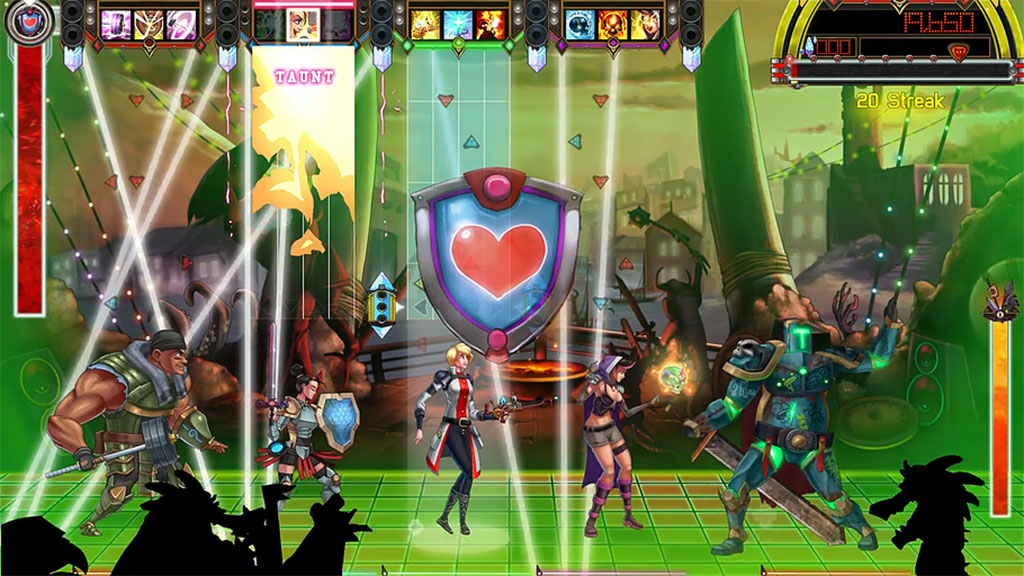 The Metronomicon takes place in a mystic land, protected by mages, wizards, and warriors of the great Metronomicon. These masters of the dancing arts must deal with a new and unusual electronic beat, as it begins to envelop the land. The soundtrack for The Metronomicon is a treat for a particular set of music lovers. If you love electronic sounds, synth beats, and the odd wub then you will appreciate the lit of high profile names that have contributed to the game’s music.

Combat is centred around the rhythm of your party. The game throws four character into battles against a variety of enemies. Each character has a rhythm track which players can easily switch between. Skills are used by successfully matching the rhythm of each track. Basic controls will make sense to anybody who has played almost any rhythm based game and ramp up in difficulty as the game progresses. 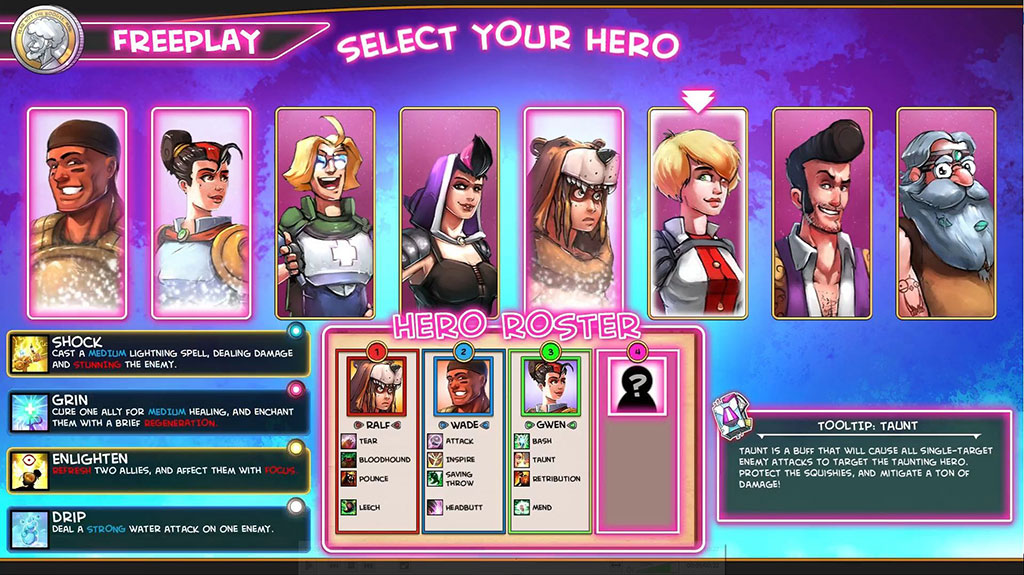 The idea of a rhythm based RPG might sound like a novelty but the team at Puuba has put a huge amount of effort into this title. They have individually sequenced hundreds of track variations, created an entire single player campaign, designed eight characters with distinct abilities, tiers of gear, progression, xp systems, and even put together a voice acted story. The amount of depth in the RPG elements alone is impressive.

Aesthetically, The Metronomicon is loud and kooky. It’s full of bright colour, disco lights, lasers, nefarious dancing bears, and a personality that seems to burst out of the screen. While games like Crypt of the Necrodancer flirt with rhythm, The Metronomicon can only be explained as a result of radioactive gene splicing between Dance Dance Revolution and Shovel Knight. It is quirky, cool, and unashamedly neon. The Metronomicon is due out on PC and Mac soon.

You can find out more at the Kasedo games website:
http://www.kasedogames.com/themetronomicon

Like a Boss is a title I first came across by accident at EGX Rezzed. While Versus Evil were busy wowing the crowds with the Banner Saga 2, I was ushered towards a mobile game in the back of the booth. Like a Boss, developed by Firehorse Games, is a mobile game that slays the traditional hero quest tropes. Eager at the opportunity to enrage early and kick some adventurers into the fire, I got hands on with this title at Gamescom.

Like a Boss invokes memories of the classic, Dungeon Keeper franchise. These broke the mould for the classic Role Playing Game genre and put players in the skin of the wickedest dungeon keeper of the land. Like a Boss takes this twist and runs with it, riffing all over MMORPGs.

As a mobile game, Like A Boss does not have any pretence to be unreasonably complex. Players take control of a raid boss and defend their homestead from the raid parties after some sweet loot. Controls are robust but simple. A small action set sits at the bottom of the screen, allowing bosses to stomp and smash their way through trespassers. Targeting is as simple as tapping an unfortunate hero. While I found selecting a target was a little hit or miss at times, it was functional and did nothing to avert the raid party’s demise. 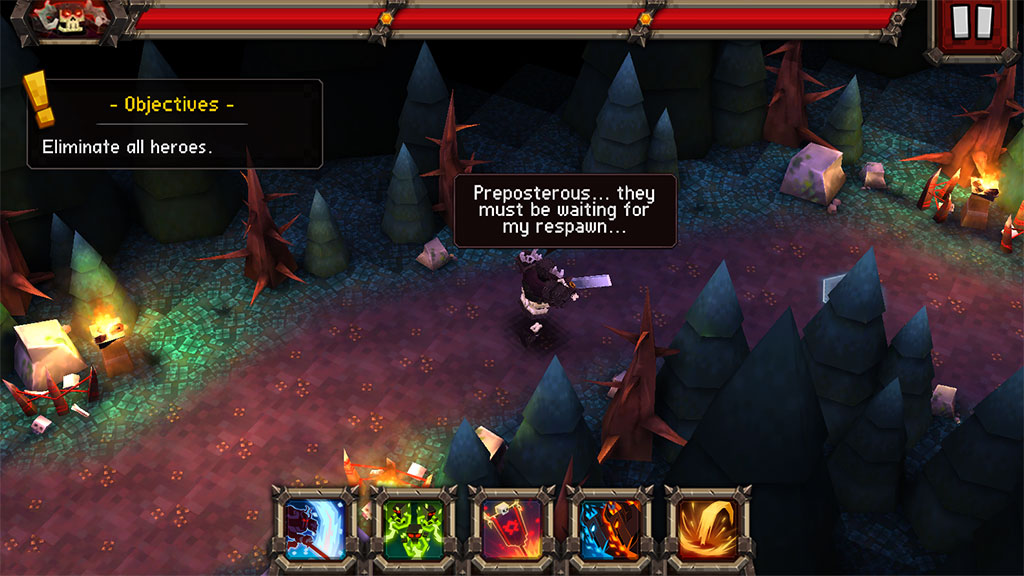 As with the controls, the premise of Like a Boss is uncomplicated. Defeating a raid party takes just a few minutes and rewards players, allowing them to progress and upgrade their abilities. The game includes progression, including skill trees, crafting, gear upgrades, and a campaign. After growing a boss, opportunities arise to expand your sphere of influence, burning villages, hunting down NPC’s, and, still, defending your dungeon from more virulent attack.

Being a boss doesn’t dampen the game’s style. It is a bright, energetic experience that carries itself with a definite flair, paying homage to the traditional MMORPG. Heroes that pour into the dungeon displaying the same personality quirks that we’ve all seen online. In fighting, backbiting, misbehaving, aggro magnets, and Leeroys are all present. The same tactics are also used and taking out the healers are an optimal approach. Overall Like a Boss has a fantastic personality and instantly had me hooked. Like A Boss is not your next life changing MMORPG, it is a great ode to the MMORPG, its culture, and a thoroughly entertaining distraction. Find out more information on Like A Boss at http://firehorse.com.br or find it on iTunes now.