A New Challenger Enters the Battlefield 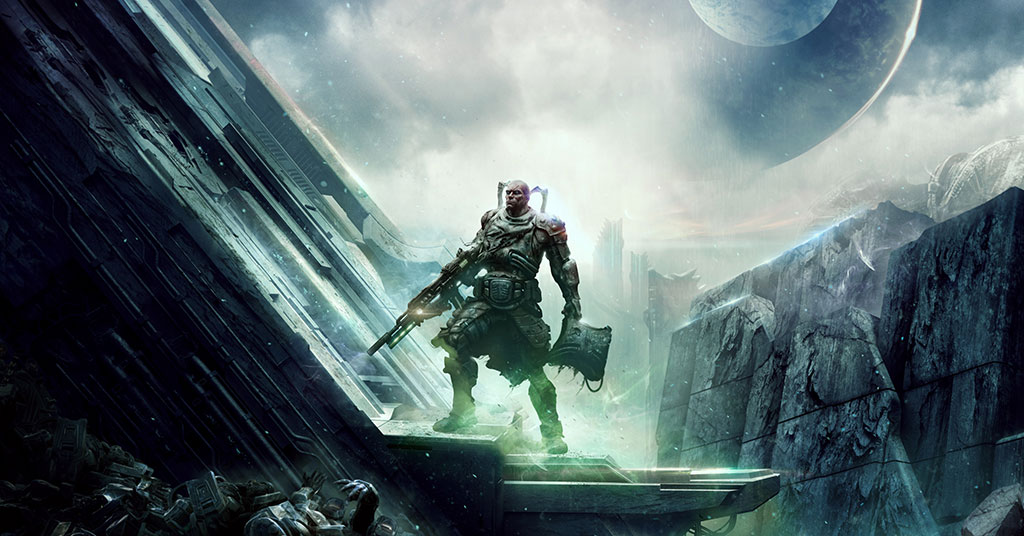 When I first played Demon's Souls for the first time, I nearly broke a controller. But for some reason I kept coming back. Since then there has been a trickling of games of similar style and difficulty. I like to refer to them as "Grey Hair Games". They bring back that classic feeling of overcoming a tough if not near impossible foe. This is an emotion that has long since been washed away by the easy-mode formula so many games now share.

During my trip to PAX West, I was introduced to Immortal: Unchained, a new game from Toadman Interactive. Immortal: Unchained takes a bit of a futuristic apocalyptic spin on things, complete with an unlikely gun-toting hero in the form of an Immortal that was imprisoned for thousands of years. With the world in dire straits, he is released as a weapon to combat their impending doom. 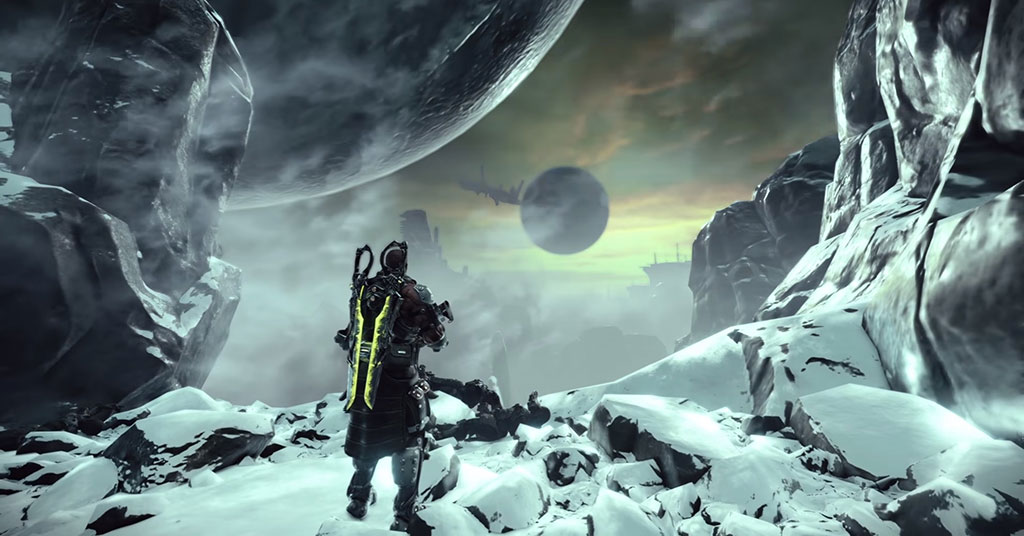 There are a wide array of weapons available in the game from swords, hammers, and guns as well as a crafting system to allow you to make new weapons. All of the weapons, including guns, will consume stamina which means you can't just unload without repercussions. You must time your shots and strikes to ensure you have enough stamina to dodge, block, or counter. It's not your traditional button masher with the high cost of death you can expect in any souls-like game.

In the short demo we saw, our trusty guide Sebastian showed us examples of the melee combat, ranged combat and even a bit of the problem-solving woven into the game. He explained that there will be many worlds that the player can explore. 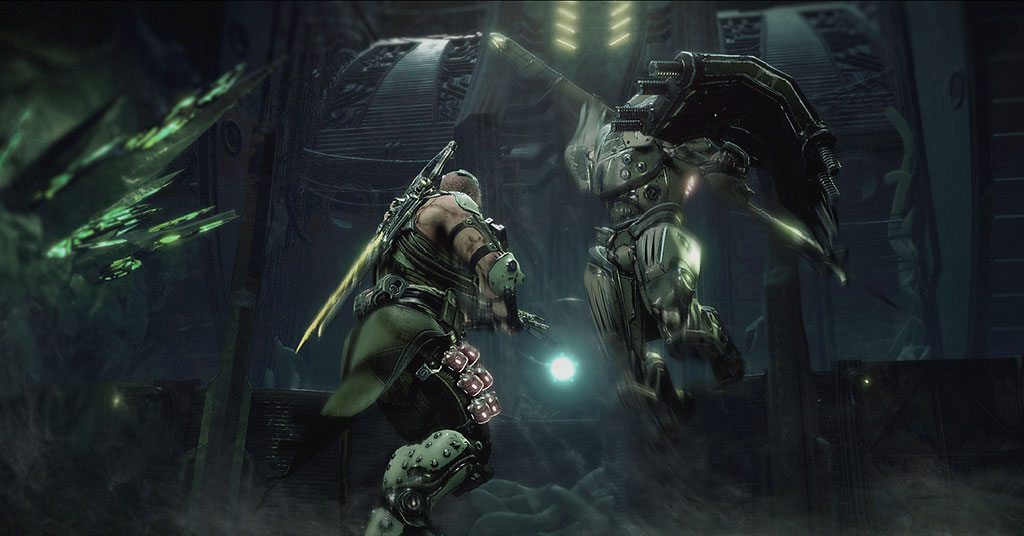 Of Lore And Legend

From a story perspective we can expect a pretty in-depth narrative as two great minds have been hard at work giving this game a plot that we won't soon forget. Anne Toole, who you  may recognize from the Witcher, and Adrian Vershinin of Killzone: Shadowfall and Battlefield 1 take the helm in storytelling for Immortal: Unchained.  While our demo did not have a wealth of storytelling, as it was meant to show off the combat and death systems, I can't help but be excited to see what the lore team weaves into the story. 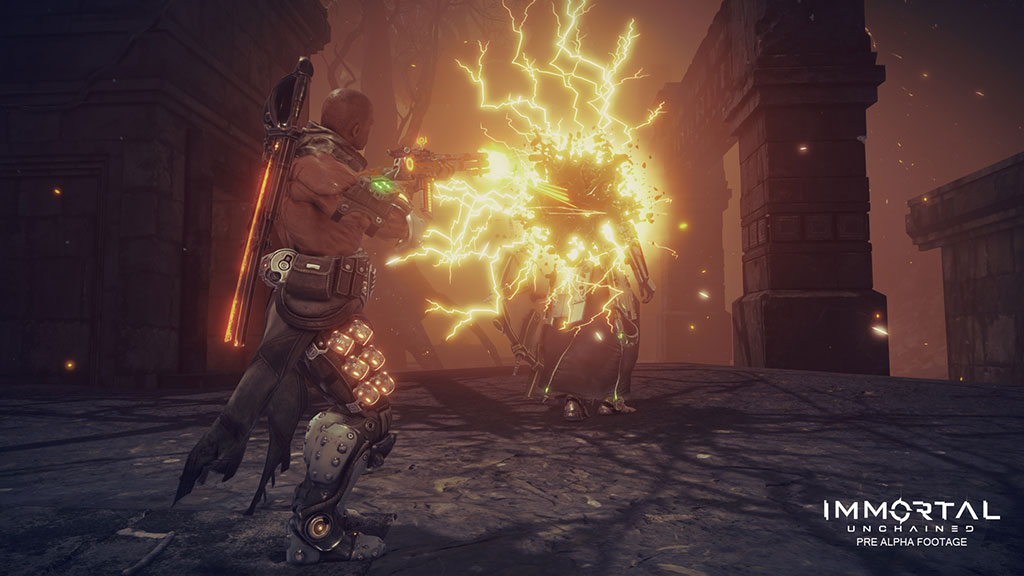 I've played all of the Souls titles: Bloodborne, Lords of the Fallen, The Technomancer and The Surge. I long for that classic gaming experience where victories are earned not given. That intense feeling of victory that has since been systematically murdered by today's game design techniques. Immortal: Unchained brings some unique gameplay elements like guns, puzzles, and exploration to a genre that doesn't get enough love. I suspect that it will be a love/hate relationship but one that players look back on and can say with pride, “I beat that”. I am very much looking forward to getting my hands on the game and will likely stream it a bit when I do.

Remember, Legends are born of strife. Nobody talks about the guy who had everything and still has everything. It's the guy that lost everything and still prevailed against all odds that they write legends about. This game has the perfect setup to give gamers one hell of a memorable experience. 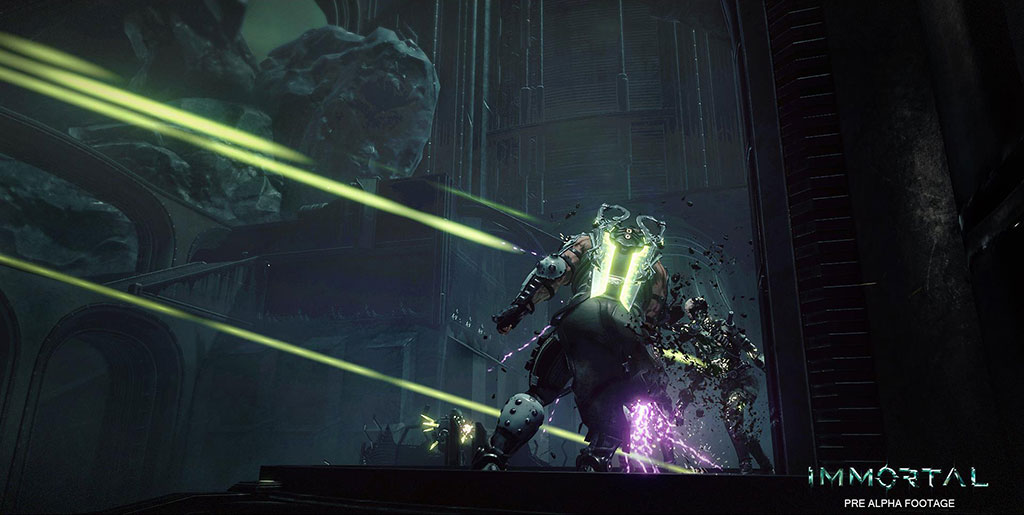 IMMORTAL is the first hardcore shooter for the Action-RPG genre. Guard yourself with a range of unique guns, armor and special weapons as you fight your way across the nine worlds to find the heart of decay.