Kill It With Fire - An Arachnophobic Dream Response

In many video games, there is one creature that always seems to make an appearance and that is spiders. They are usually the same size as your hero and not totally realistic, but it is certainly fun to kill a bunch of them. Most of the time the spiders may have a single kill quest or you have a need to farm them for some materials. In Kill it With Fire, developed by Casey Donnellan Games LLC and published by tinyBuild,  you will take on the role of a spider exterminator specialist. Your mission is simple: KILL SPIDERS!! The game was released on August 13, 2020, and is available on PC through Steam. 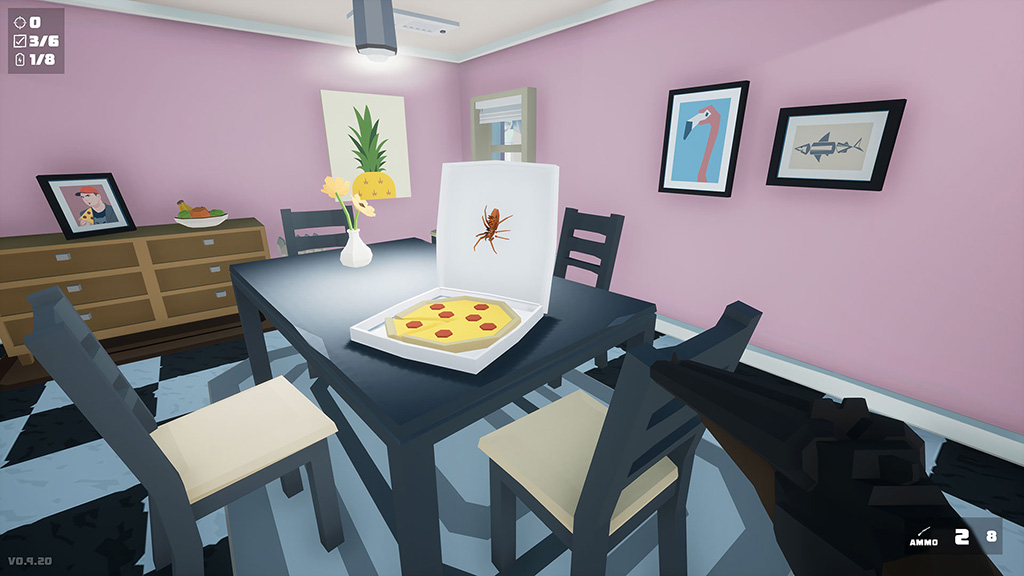 As a spider exterminator specialist, you’re thinking about how boring this job has become. Going to this place that is infested and will probably just use a simple gas or bug spray to kill the spiders. Nope, you start with your trusty clipboard, and you are armed with a special upgradable Spider Detector (Spidar). With the clipboard, you have your task list or challenges and a weapon. You just smash the spiders with it. Just kill those spiders and while you kill them, complete some of the challenges along the way. Each level will present you with challenges that you will have to meet in order to move along.  Did the spider go behind some picture frames? Just smash the frames and get that spider. Who cares about collateral damage. It could also be a challenge to smash those picture frames. 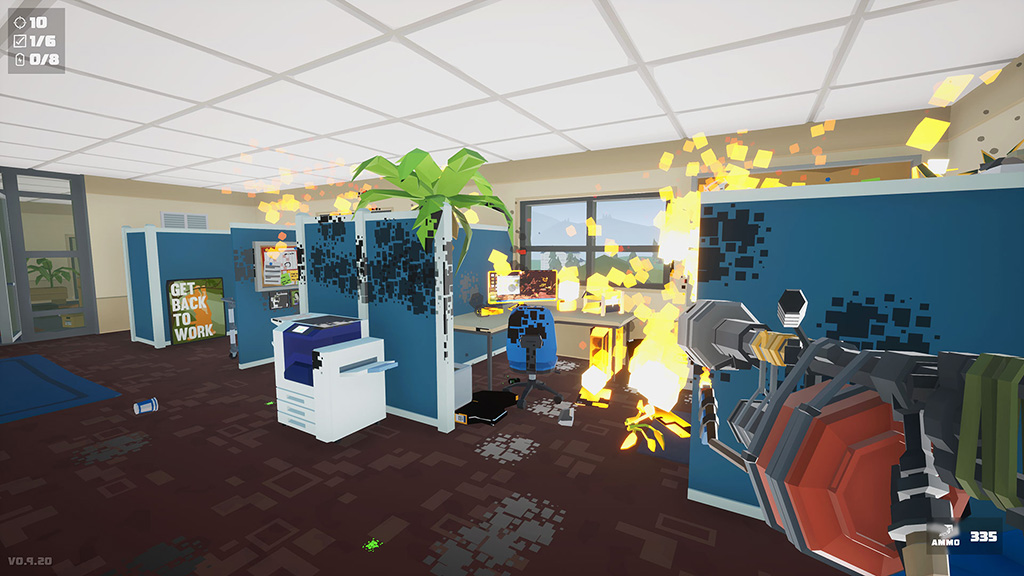 As you progress, the spiders will become more challenging to kill. Some will jump at you to get away, some sling webs, others will explode upon death. They also have some form of order to their actions. Naturally, as the spiders get more challenging, you will need better weapons in taking them out.  Some examples are pistols, Molotov cocktails, grenades, and my personal favorite, the shotgun. There is of course a flame thrower.  Again who cares about the collateral damage, these are freaking spiders here and they need to die. I may have an issue with spiders 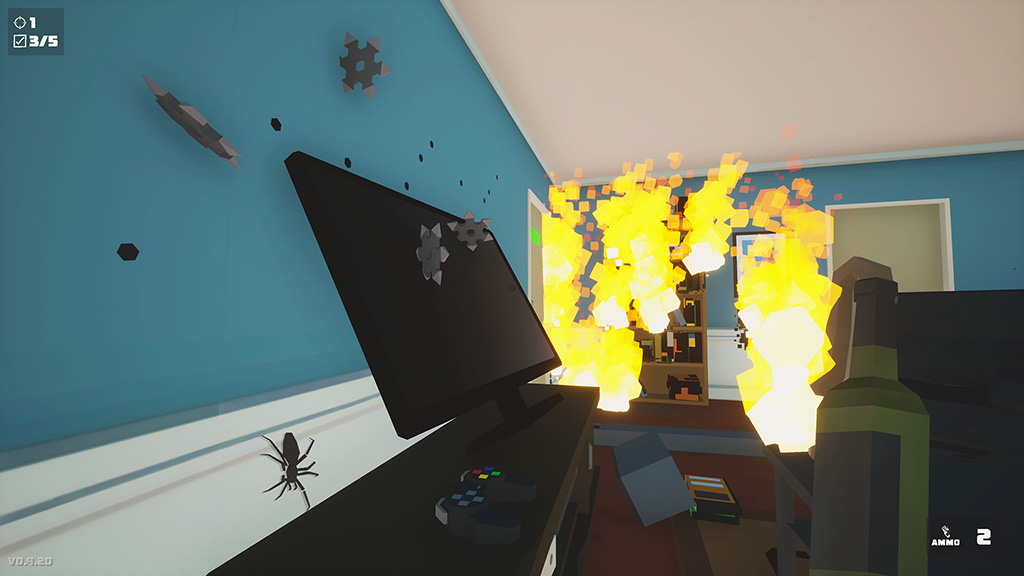 I had a lot of fun playing this game. The music was fun and searching rooms for the little spiders add a little spook factor. You turn over a pillow or open a cabinet and surprise!  There’s the spider.  I really enjoyed that little element. The puzzles on each level provided an extra challenge, allowing you to unlock new weapons as well as finding parts to upgrade your Spidar.  The game has plenty of replayability as you can go back to any level and complete any missed challenges to unlock some more content at the end of the game. 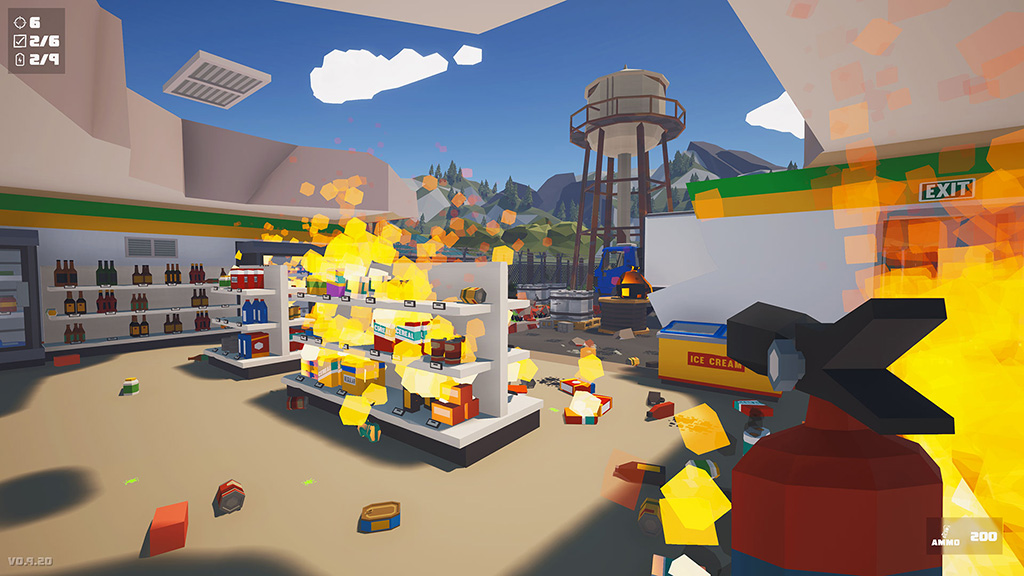 No spiders were harmed in the writing of this…Nevermind...one just crawled across my keyboard...it did not survive. 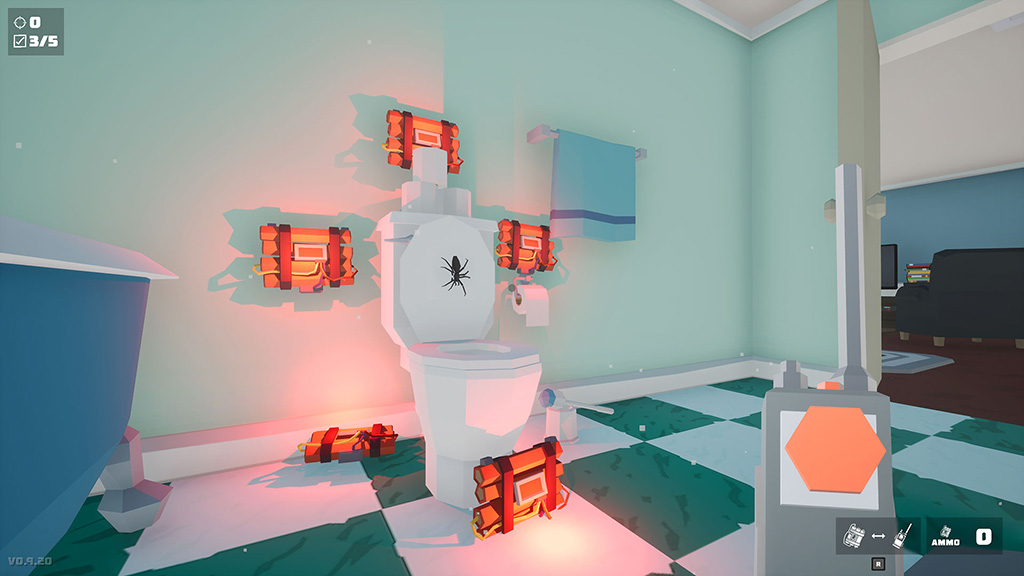 About Kill It With Fire

The common spider - mankind’s most ancient and deadly nemesis.  As a licensed Kill It With Fire exterminator, it’s your duty to fight back!  Gather your arsenal and hunt the eight-legged menace on a journey across suburbia...and beyond! To defeat spiders you must exploit their one weakness: FIRE. Or bullets. Or explosions, throwing stars, gettin’ smushed by stuff… OK, pretty much anything, really.  But that doesn’t mean it’s gonna be easy - first you’ve gotta find them.  Utilize state-of-the-art spider tracking technology to pinpoint your prey’s location among hundreds of potential hiding spots - then light everything on fire and smash it with a frying pan after it runs out.  It’s the only way to be sure.