A Return to the Crystal Desert with Mike Zadorojny 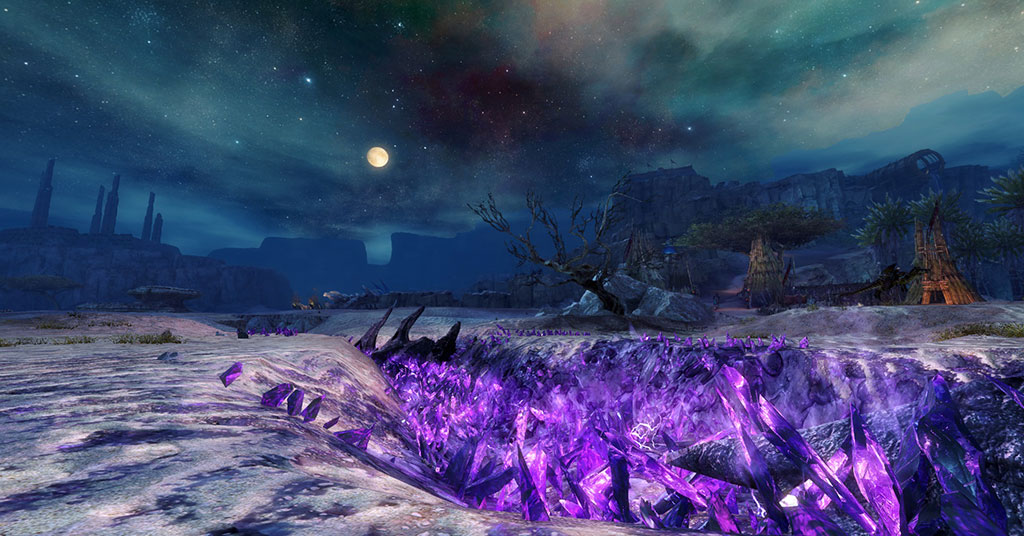 Greetings and thank you so much for agreeing to speak with us. Before we get started can we ask what is your role at ArenaNet and what does your typical day look like?

My name is Mike Zadorojny and I’m the Lead Designer on Guild Wars 2: Path of Fire. Most of my job can be summed up as making sure that the expansion team continues to hold true to the core philosophies of Guild Wars 2, while still pushing the boundaries of the online genre.

What do you find is your biggest challenge in your day to day life?

I would have to say the biggest challenge for me is balancing the importance of quality against creativity and the player experience.  Content and systems get iterated on numerous times before they are shown to the players for the first time.  Through each play session, I have to provide feedback to the team that sometimes will sacrifice a cool or unique concept to ensure the ultimate experience for the player.

What do you feel are core characteristics that a person in your position needs to possess?

At any point in time any or all of your teams can be on fire with things that need attention.  The best thing that a leader can do is remain calm, listen and provide suggestions or guide teams to find the right solutions.  If people see their leaders panic it only causes those emotions to ripple through the rest of the group.  In game development you’re also not going to get everything right the first time, so being able to navigate through iterations and encourage teams through the process is critical.  Players generally will never know what it took to get something to its end state, they won’t see the trials the team goes through.  So being able to pull away from a piece of work and objectively think about the player experience is crucial to understanding how and when to prioritize work.

Now your time at ArenaNet goes back quite a ways, can you share with us how it all began for you?

I first started at ArenaNet in January of 2006 as a Quality Assurance Tester on Guild Wars Factions.  I was responsible for making sure that the quests, story missions, competitive missions, cooperative missions all functioned correctly, as well as making sure there weren’t any immersion breaking bugs with maps like buildings that are missing walls or rocks that are floating up in the air.  While working on the project I started developing tools to help teams communicate more effectively with one another and how the QA team could better serve the company as a whole.  Soon after I took over the department and was even in charge of the production of the Guild Wars Live team while the rest of the studio was working on Guild Wars 2. 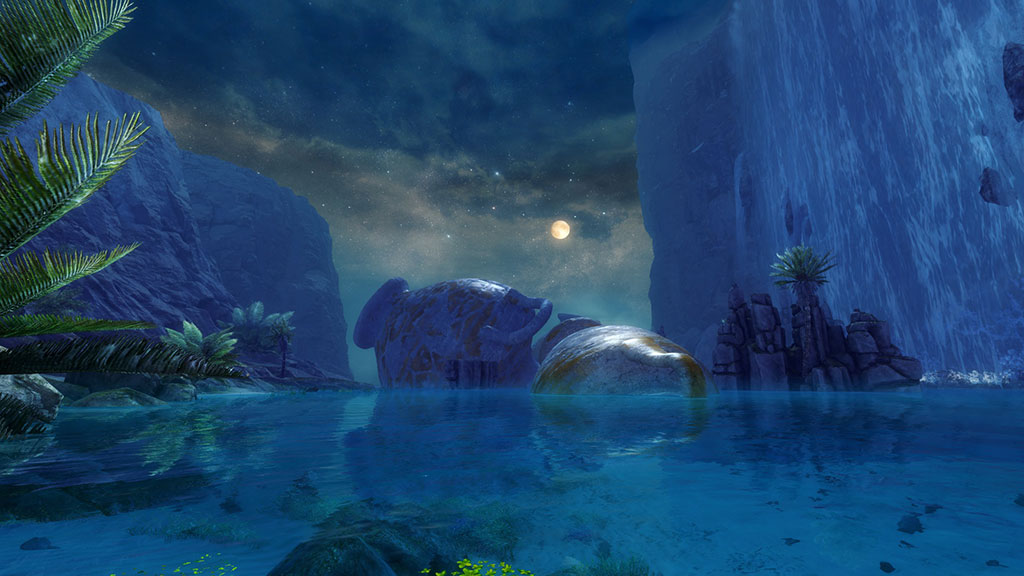 Thinking back on Guild Wars 1, it was a very innovational title. It was one of the first Buy-2-Play titles on the market and featured a unique dual class system. When you think back to that time in ArenaNet’s history, did you receive a lot of criticism for trying to break the mold?

ArenaNet was founded on the ideas of innovation and not being afraid to take risks.  The team was always focused on making the best experience possible regardless of what typical business models or games were doing at the time.  That foundation continued into Guild Wars 2 development where we looked at what the rest of the industry was doing and decided that there were types of content or ways that content was being delivered that could be improved upon and chose to focus on those.

The Crystal Desert holds a very special place in any fan of the original Guild Wars heart. When it came time to revisit this place what were some of the key points you felt ArenaNet absolutely had to get right?

The love and nostalgia players hold for the Guild Wars is something that the studio holds as well.  We always knew that the story of Guild Wars 2 would take us back to the Crystal Desert and when it did we would have to make sure that players were able to have a unique experience when they returned while still paying homage to the work that came before it.  That includes a lot of different parts of the experience – from key map locations to parts of the original storyline to the customization options we wanted to open up for human players.  Senior members of the Path of Fire team that were here during development of Guild Wars helped newer members integrate their efforts with Tyria.  We spent a fair amount of time in pre-production looking at specific Guild Wars storylines or characters that players witnessed in the Crystal Desert and tried to bring as many of those through lines up through the 250 year difference between the games.  Some examples of this are the legacies of the heroes that journeyed with players in the Nightfall campaign, and the tales of some prominent ghosts in the Crystal Desert.

In the second Guild Wars 2 expansion Path of Fire, the zones have grown in scale and so has the epicness of the landscapes. These zones have moving parts and cinematic scenery. What were some of the driving factors to the new style?

We started by looking at the layout of the original maps and identifying iconic locations or settings that we wanted to carry forward.  From there we started laying the groundwork of how the unique movement mechanics of the mounts would play in these regions.  This allowed us to focus on how players would explore the maps and what they would find.  With the work we did on storylines we then started drawing out how each of the maps would flow and how the content could either accent the scenery or how the scenery could best support the stories we wanted to tell.  The core ideas we kept referring to during each iteration was the joy of movement and exploration. 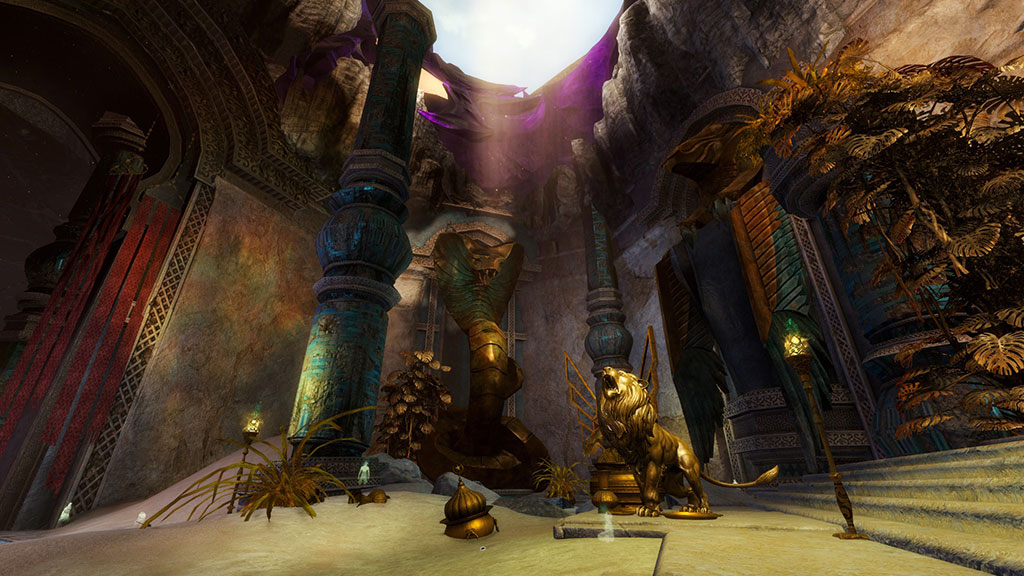 Now that Path of Fire has released, what's next for the team? What areas are you looking into improving over the next few months?

The team is still monitoring the game and addressing issues as they arise.  Beyond that, we are working with the Living World team to make sure the transition back to them is as smooth as their hand-off to us a couple months ago was.  Living World Season 4 will come with no break, as well as the upcoming Halloween and Wintersday Festivals.  All in all it’s going to be an exciting year for Guild Wars 2 players!

What is your favorite little known secret to the Guild Wars universe?

The first pieces of content that I designed for Guild Wars was the redesigned quests to unlock Olias and Zenmai, the Prophecies and Factions heroes for the Guild Wars Nightfall campaign.  When the campaign originally launched the team didn’t have time to build out anything detailed and based on the background lore for the characters I wanted to make sure we did them justice.  The design team here basically told me if you are passionate about it, help create something better.  That philosophy of passion is something that continually reinforces the teams here at ArenaNet.

Any words of wisdom for adventurers giving Guild Wars 2 a try for the first time?

The three biggest things I can recommend to new players are: slow down, this isn’t like every other MMO and this game has one of the nicest communities.  Players who tend to get the greatest enjoyment from the game are those that stop to smell the roses occasionally.  Racing to level 80 isn’t the journey, it’s just a milestone.  The game is packed with hidden areas and secrets for players to find.  And even once you’ve hit 80 there are masteries, fractals, raids, wvw, pvp and more to experience.

Guild Wars 2 also doesn’t play like every other MMO.  The language is similar but it’s not the exact same.  So things that you expect to find in traditional MMOs, like NPCs with exclamation marks above their heads to give you quests, aren’t a thing in our world.  We’ve also developed a design around collaborative gameplay in the open world with things like Dynamic Events that everyone gets rewards for participation, gather resource nodes that are player specific, and everyone being able to resurrect downed or defeated players.  Our mantra is that you should always be excited to see another player in the open world.  But even if it seems a little foreign for MMO players, the community is absolutely amazing in their willingness to help others and the kindness they show each other.

Lastly how do you see new technological improvements like VR, cloud computing and artificial intelligence shaping the future of ArenaNet and the game development industry as a whole? Is it all hype or has it enabled a renaissance in game design?

All technology is just different tools to help developers express their ideas and their vision to their fans.  We are constantly pushing ourselves to deliver the best possible experience to our players.  Each of the improvements you listed have the potential to have dramatic impact on how games are developed.  I don’t think we’ve seen a stagnation in design as a whole across the industry so I’m not sure the idea of a renaissance of game design applies here.  Whether these technologies end up just being hype or something more is going to be up to the players.  They will support the features and the games they love. 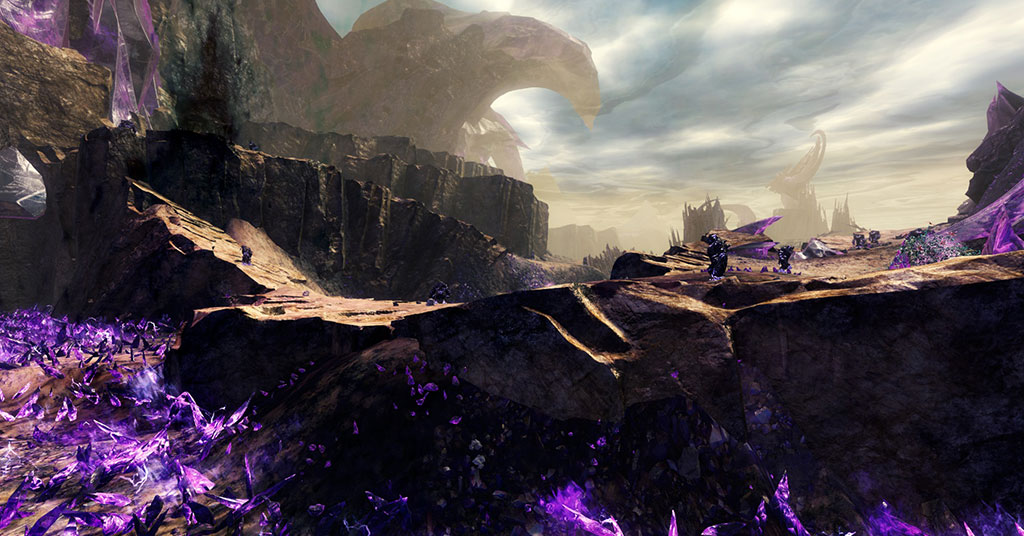