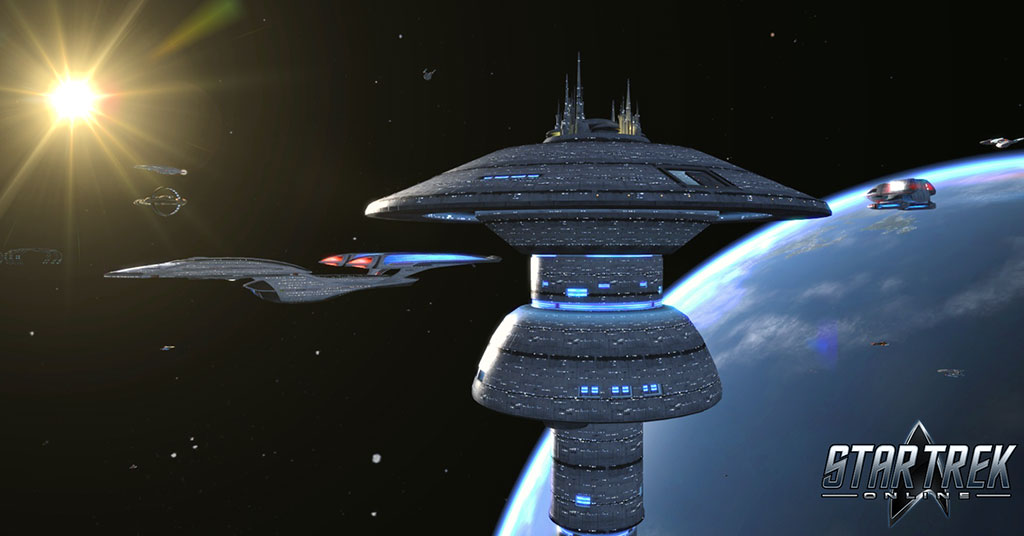 New frontiers ahead for this MMORPG

Gamescom is a show filled with new frontiers. Rows of screens open up portals to unexplored worlds as players step into futuristic cities, frozen wastelands, and historic warfare. Star Trek Online launched back in 2010 when it brought the final frontier to PC. Since then, it has spawned three major expansions and in 2016 comes to console.

At Gamescom 2016, I got familiar with Star Trek Online on Xbox One, and had a chat with Samuel Wall about the upcoming move to console.

Graphically, Star Trek Online has aged. It is inevitable that any game will succumb to the gradual march of technology, and even the Borg are unable to adapt fast enough to prevent STO from showing it. With the jump to console, STO takes a massive graphical leap forward. Cryptic has introduced HDR lighting, clustered forward rendering and a whole heap of light probes across the game that make a noticeable difference to every facet of the environment and characters. Not to be left out, PC players will also see these upgrades after the console launch.

Bringing STO onto consoles is a far more ambitious endeavour than simply porting an existing franchise or adding a lick of paint. While the developers I talk to repeatedly note the increasing interoperability of code across today’s gaming platforms, STO presents a very particular type of challenge. As a Massive Multiplayer Online Role Playing Game, STO is incredibly complex. It has matured over six years to incorporate classic third-person RPG combat, space battles, and a number of peripheral systems, from crafting to customisable user interfaces. The seventy-two button keyboard and mouse controls allows for a freedom on the PC platform that is simply inconceivable on console. This freedom results in interfaces and control systems that can be, quite plainly, incompatible with a sixteen-button controller, and explains why so few MMORPGs make it across to console platforms.

Cryptic has taken the only approach that was really viable and rebuilt the entire STO interface from the ground up. Thankfully, STO’s away missions have transitioned to console with very little trouble. Ground combat uses a traditional combination of analogue controls for movement and camera, while the right-hand buttons are primarily retained for combat. This is the most intuitive of the interface changes that Cryptic has made for console, and it makes exploring strange new worlds fairly straightforward.

Space, however, is a little less hospitable. When I tried space combat I found myself up against the Borg. Three-dimensional combat, shields, weapons, mission updates, and a dazzling myriad of options in between makes piloting a starship slightly more complex than conducting away missions. Piloting a Defiant class vessel, again, uses the analogue controls for movement and cameras, while much of the micromanagement involved in ship-to-ship hostilities has been assimilated into a new set of interfaces. A brand new radial menu allows Captains to quickly make decisions on shields, weapons, and other sub systems. Such menus have the added benefit of being relatively familiar to console titles, meaning it should feel far more intuitive to console gamers than it did to me. Once selected, certain weapons can be aimed using targeting assistance and left on auto fire. This further reduces the amount of time players spend in menu systems, rather than avoiding enemy disruptors. 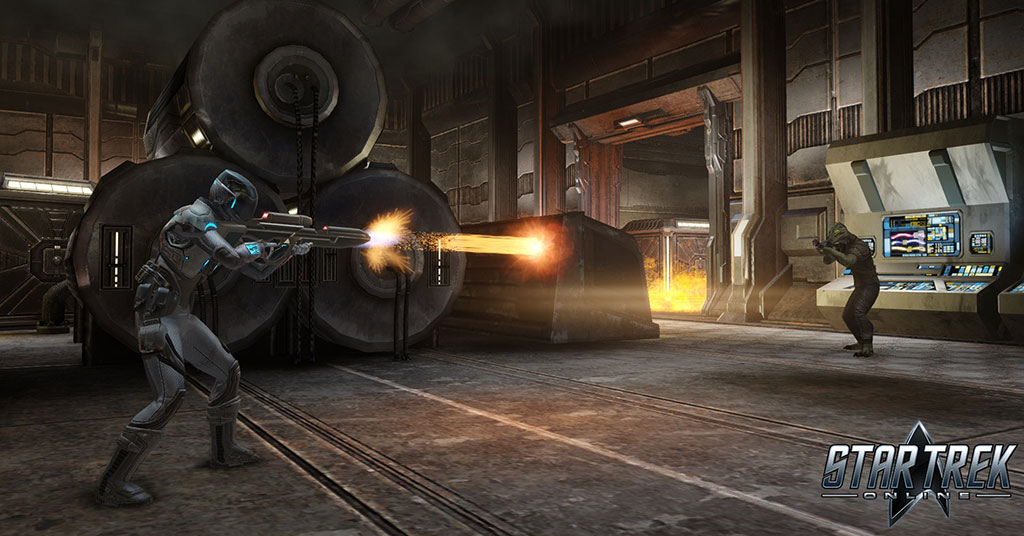 Generally, the control systems of STO work well on console. Cryptic has taken the time to reconstruct everything from the combat controls to the queueing system, in order to make the game approachable for console players. Undoubtedly, Cryptic’s experience with the Neverwinter console transition shines through. Space combat is complex without becoming overwhelming, and away missions could easily fit into any console-based RPG, though STO contains substantially more content than most of these. Having just launched, the console version of STO is free and includes all but the latest updates to the game. Two major expansions give newcomers a massive amount of story to play through. So sit back in your Captain’s couch, pick up a controller and I’ll see you when you reach the Delta Quadrant.