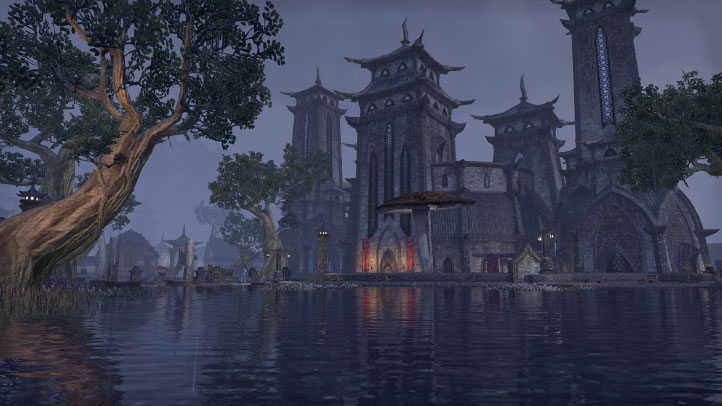 My name is Prissy, and I am of the Clan Roar. I am an explorer and adventurer, and I am soulless. I have died and been returned to the living. Molag Bal has my soul, and I want it back. I am about to leave the land called Shadowfalls and enter a new land called Deshaan. All the events of the last several months are a blur and do not make sense. I have killed, rescued, or collected things for people of Shadowfalls. I have rescued Lyris from Coldharbour, and the Prophet has started a hunt for Sai Sahan. I have met followers of Mannimarco and his second in command, Abnur Tharn. None of it makes sense. Why me? I have been collecting notes, letters and anything paper in my journey, and I think I am going to write about my journey. Maybe that will help me straighten things out so I can figure out who I am. But where to start, at the very beginning or the new beginning in Deshaan?

As I was leaving Stonefalls, I found letters on the ground that talked about a Llados plague, a town called Serkamora, a cure for the plague and Maulborn. What caused the plague? Where is Serkamora? What do you have to do to get the cure? How do you know that you have the plague? Why are the letters on the ground in Stonefalls? Who is Nostrum Breva and what is a Maulborn? Ponders, do I really want to leave Stonefalls? I think I am crazy walking into an area infected with plague. Do I have a death wish? Wait, I have already died several times, so that can’t be it.

As I entered Deshaan, a woman named Aerona Berendas came running at me. She acted like she knew me or was expecting me. I was not what she expected. She had lost her brother and wanted me to find him. How do you misplace a brother? She also told me a little about the Maulborn, that they had showed up after the plague arrived, set up a quarantine, and now they claimed to have a cure. Aerona didn’t trust them. Aerona said the people with the plague got sick, turned violent and some even say that they turned into monsters. This didn’t sound good. It wasn’t too late to turn back. Who was I kidding? I had to know what was going on. This curiosity was going to get me into trouble.

I spoke to several of the villagers of Serk who had taken the cure, and they did not look so good. One of the people I spoke to had turned into a monster, and I had to kill him. The cure sure did not help him. Something with this cure didn’t feel right, and from what they told me, the Maulborn were now withholding the cure and barricaded themselves in the graveyard area. Nelyne Hlor, the local alchemist, wanted me to get several samples of the cure, since she also didn’t think the cure was helping. She wanted to know why no one was getting better.

While Nelyne was looking at the cure potions I brought her, Aerona and I killed two Maulborn guards, stole a key and entered the graveyard. It was not a pretty sight. Undead monsters everywhere, friends, family and even Maulborns. We entered the building in the center of the cemetery and found boxes, bottles and all kinds of notes dealing with the cure.

This was not good. The cure was the cause of the plague! The Maulborn wanted to build an army of undead, but for what reason? We found Aerona’s brother, but it was too late. He had the plague, and we didn’t have the cure. Aerona’s brother was very brave because he had his sister leave him there to die. Her job now was to save the rest of Serk. While Aerona said goodbye to her brother, something came over me--anger, sadness, revenge. This had to be stopped here and now, so I killed the Maulborn guarding the supplies in the building, I burned the cases of plague and the instructions on how to make the plague. I released as many of the monsters I could to the care of The Three Gods. Who was responsible for this madness? Not the Maulborn here. Who?

Aerona’s uncle also had the plague, but the good thing is that Nelyne had made a potion to help slow down the plague’s process until she could find the cure. I am going to rest tonight under a tree by the waterfall, figure out what my next move is, and try to forget about some of the horror I saw today and the lives I took. Until tomorrow, may the Three watch over us. 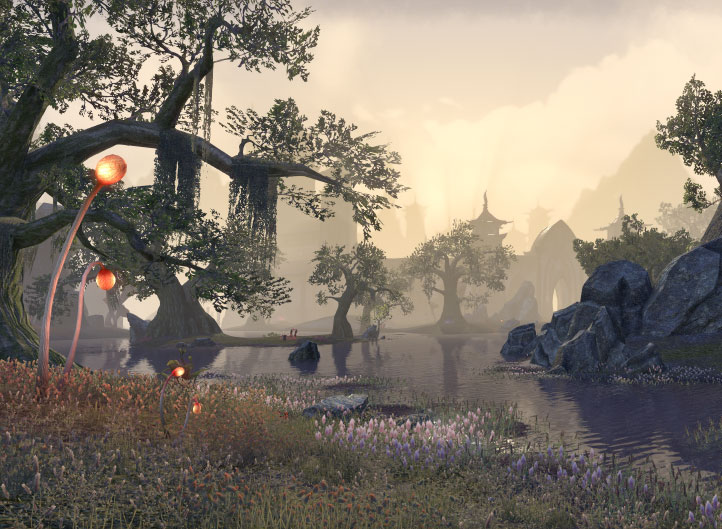