Over the past 5 years we have not seen much advancement in the world of MMORPG’s. A lot of them have stuck to the tried and true methods and resisted swaying from the path. Developers began to be controlled by publishers and the creativity in gaming suffered.

Alas, when all seem hopeless and stale, along came a new gaming renaissance in the form of crowdfunding. When first presented, I must admit, I had reservations about the concept. Paying for something that isn’t even built yet in hope that one day it will be seemed like a pretty severe gamble to me and with past games requiring between 10 and 100 million to be produced it seemed like a longshot that any title could effectively publish itself.

But time past, and game developer after game developer jumped on board the crowdfunding train. By crowdfunding they are no longer controlled by their publisher. They have the freedom to innovate and dare to be different. All with the support of the very people who want to play their game. While not every crowd funded game has been successful a large portion of them are doing that which publishers deemed impossible.

This has created a ripple in the industry and has lead to a revolution in gaming. What we have on the horizon promises to bring new fresh concepts to the MMORPG world. In my research I have tracked 10 new titles which while not all have jumped on the crowdfunding train a lot of them have. All of these games however bring something new to the table. 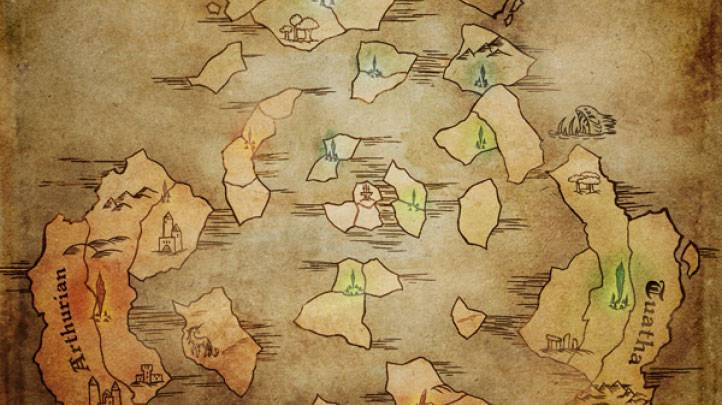 After a bitter departure from his hit classic Dark Age of Camelot, Mark Jacobs set off on a mission to rebuild his claim to fame bigger and stronger than ever. Venture Capital companies refuse to fund RvR style games since the failures of Star Wars Knights of the Old Republic, Age of Conan and Warhammer Online.

So Mark turned to crowdfunding in hopes to build a niche game for the players that want and love this style of gameplay. This title brings a new level of depth to the traditional siege warfare game bringing a fresh leveling concept, the reliance on player crafted weapons and armor, and a massive world which changes shape (physically) as the war progresses.

Based on what objectives a faction controls landmasses form to connect their regions allowing them faster and safer travel to their territories. The physical game world evolves as time passes on. 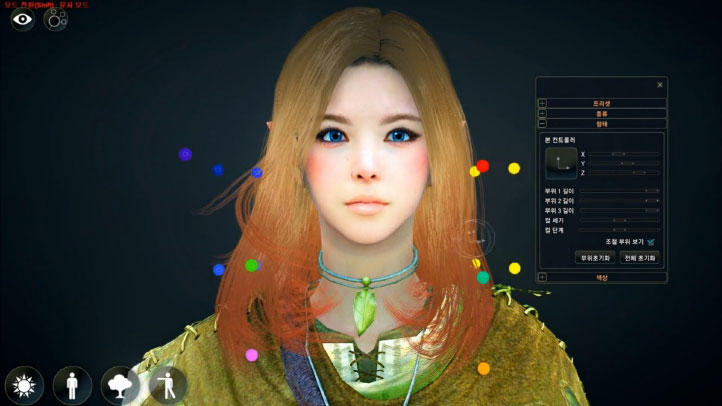 When I first laid eyes on this game I thought, wow what a beautiful environment. As development progressed it became obvious that this ambitious new title was going to be a game changer from the far east. The most outstanding feature in Black Desert is it’s character creator. It is nothing short of having a full fledge 3D modeling application like Poser or Maya to create your character. You can adjust everything about your character including how long each strand of hair is, or simply click on your cheek bone and drag it where you want it. You can even create characters who have suffered grievous injury like a broken jaw. There are over 144 points on the body you can change the shape of. This is by far the most in depth character creation system I’ve ever laid eyes on. 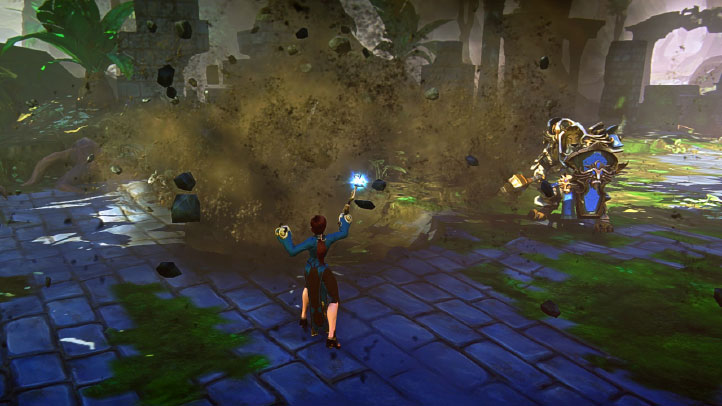 With the huge success of games such as Minecraft, a new trend is rapidly gaining strength allowing players to create worlds and portions of games. Neverwinter played their hand at this as well, but it’s poor microtransaction system decimated it’s population before a lot of content creators could get content produced. Everquest Next however is doing it right in the form of Everquest Landmark, a content creation tool released over a year before Everquest Next has even officially been given a release date. With content from Everquest Landmark plugging into Everquest Next it’s certain to have a huge amount of player created content ready to explore the day it goes live. 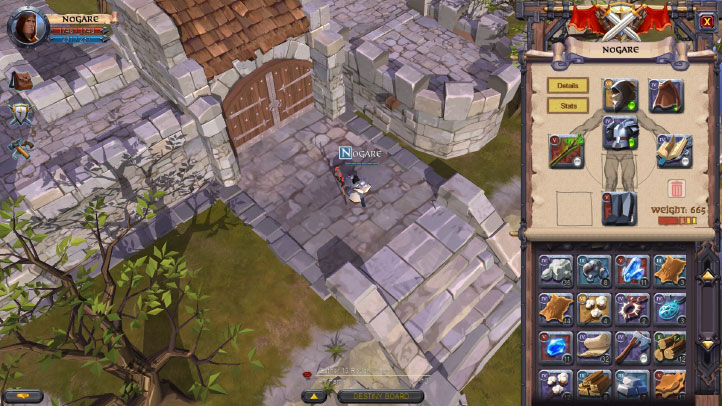 This ambitious new crowdfund project brings a very hot new concept to market. This is one of the first completely cross platform MMORPG’s to date. Playable on PC, Mac, Linux, IOS, and Android devices all at the same time. Players will be able play the game at home, on the road, in a plane, or in line at the grocery store. Next time your wife makes you go shopping for some new shoes... no problem you’ve got Albion Online in your pocket. This new title offers an expansive 3 realm RvR system with an in depth crafting system. Keep an eye on this one and the games that follow suit. An age of games on demand is beginning to take shape where we won’t be confined to one medium.

While not a MMORPG, this title brings something entirely new to the RPG world. If any of you remember when Arcanum: Of Steamworks and Magick Obscura made it’s appearance with an all new AI system that was shaped by player action. You can remember the ripple effect it had on gaming. In Arcanum each individual NPC would build a judgment on you based on who you befriended, chose to help, or even the way you spoke to them. Shortly thereafter games such as Baldur’s Gate, Oblivion, Skyrim, and Dragon Age would perfect this line of thinking.

Kingdom Come: Deliverance takes this to the extreme with an all new AI system that creates living characters. Who don’t act on a set path, standing waiting for a player to interact. They wake up, go to work, have hobbies, and even get in the occasional bar brawl. If you interact with a farmer and send him to a nearby village to get more supplies, the baker won’t have supplies to make bread causing him to take the day off and go hunting instead. Every character in the game is programmed to act differently every single day based on a set of careers, work ethics, weather patterns, hobbies, relationships, and player interactions. Everything from the weather, to bumping into the wrong person on the way to work can change the outcome of each NPC’s day.

This is one of a few titles breaking into the player content creation scene. Like Minecraft before it, players will be able host their own shard (server), creating a game world with it’s own rulesets, story, and player created content including terrain, story, rules and even skills. These shards are all connected through a universe (cluster) that is comprised of both official shards and player created shards offering unlimited possibilities for creation and creativity.

In game worlds weather systems have been a fairly unexplored aspect. Dark Age of Camelot created a weather system to bring on the onslaught of a rainstorm complete with fog and lightning which impaired vision and changed the way audio was handled in the game.

In Black Eye Game’s crowdfunded project Gloria Victis, the next generation of weather systems is introduced bringing seasons which affect the weather into the game. In this game there will be a calendar year, and with the change of seasons will come change in climate. Hot summer days will not only be sunny but it will also cause fatigue among the plate wearers. In the cold harsh winters filled with ice and snow, players will move slower. Wind can affect siege weapons and projectiles. Day’s and Night’s will also bring change to the world and moon cycles will help players tell what day it is within the month.

For those that brave crafting the harsh winter months will become very harsh to crops and farming certain plants will be impossible forcing crafters to manage their production around the calendar year. What they aim to create is a simulated real life medieval Europe that has the same effect on in games as it would for the people who lived in those times. This system will change luminosity, cloud cover, fog density, temperature, wind, precipitation, and even how npcs change their behavior based on the weather. 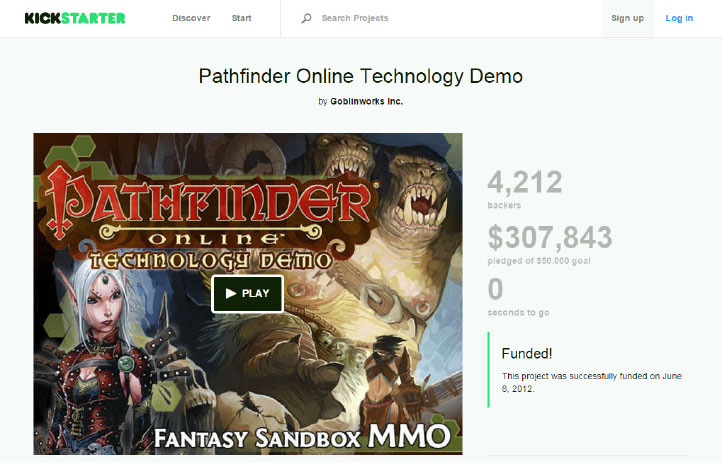 This project was the first Crowdfunded MMORPG successfully funded on June 8th 2012 and raised 6 times their goal bringing in $307,843. With venture capitalists and publishers tightening their belts after the downturn of the economy, game developers like Goblinworks looked to alternative funding methods such as crowdfunding. What Goblinworks would pioneer was a revolution in gaming finance that would open doors for thousands of new projects.
Now currently in beta this game looks to bring the fan favorite Pathfinder RPG to the digital frontier offering siege warfare, politics, and a fresh experience for gamers of old and new. This project still needs some polish but as one of the first to brave the crowdfunding scene it stands proud as one of the first successful campaigns to bring something venture capitalizes weren’t interested in to market opening the doors for so many others to follow in suit. 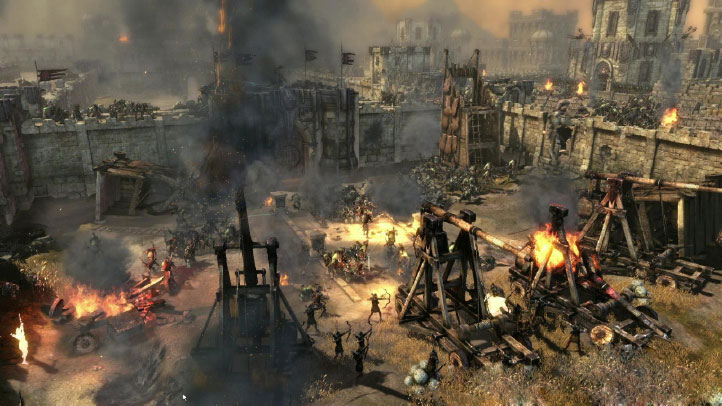 If you played the original Lineage, Lineage Eternal might not be too unfamiliar to you. However if you entered the series at Lineage 2 you might be a bit put off by the change. Lineage Eternal is not to be mistaken as Lineage 3. It is a spin off in the world of Lineage that takes a fresh top down perspective similar to Diablo and Dragon Age. It’s gameplay is going for a more cinematic approach making it feel like you’re participating in a movie. Combat is using a set of mouse “gestures” which sounds both frightening and interesting in the same. NCSoft is taking a big risk on this one but if it plays out we could see a whole new line of cinematic MMORPG’s.

Connectivity Options
Shrouds of the Avatar

It’s been nearly a decade since Lord British launched a successful MMORPG. So what has he been up to? Well there was Tabula Rasa, but we wont go into that. More importantly he flew into space as one of the first privately funded space missions. Maybe it was the aliens or just getting a new perspective but when he returned to earth out came the idea of Shrouds of the Avatar, the first Single Player, Multiplayer, Massively Multiplayer RPG ever created. Yes you heard that right. This game can be played offline as a single player game, it can be limited to just you and your friends, and you can go MMORPG style with the good the bad and the trolly. Lord British rolled the dice on this one hoping to provide a successor to the MMORPG Godfather Ultima Online.