Headhunting in Rift: An Intro Guide To Bounty Hunting

There's a new sheriff in town, and the villainous, corrupt, and downright evil never stood a chance. Across my exploration of RIFT I came across a mysterious achievement line under the title "Bounties". Upon scouring across the internet and asking Uncle Google and Aunty YouTube if they knew what RIFT Bounties were, I came up empty. Like any good mystery it got it's hooks into me and I felt compelled to find the answer.

I came across a few old forum posts in the archive section of the RIFT forum that mention these are the creatures that spawn every 12-14 hours randomly in set locations. They are noted with the Guild Tag . With this tidbit of information I was able to find a few locations of these "Most Wanted" and felt compelled to share them with others.

But first, we must ask. What are bounties and why should I care? Bounties offer a great potential for achievements and revenue. There are a few key points you should know about these creatures.

For this first look at bounties, let's take a look at the Tier 2 Bounties of Gloamwood and Stonefield. 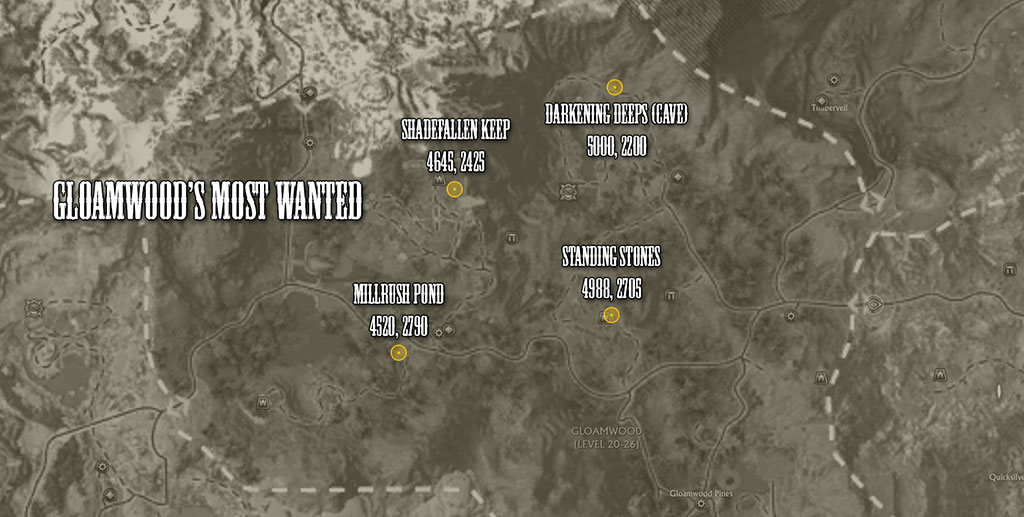 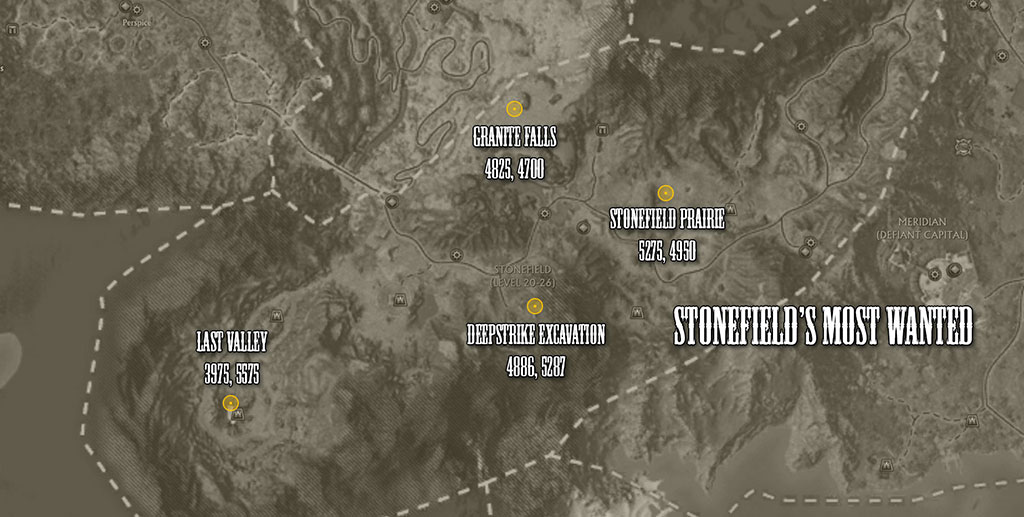