Save Yer Own Skin 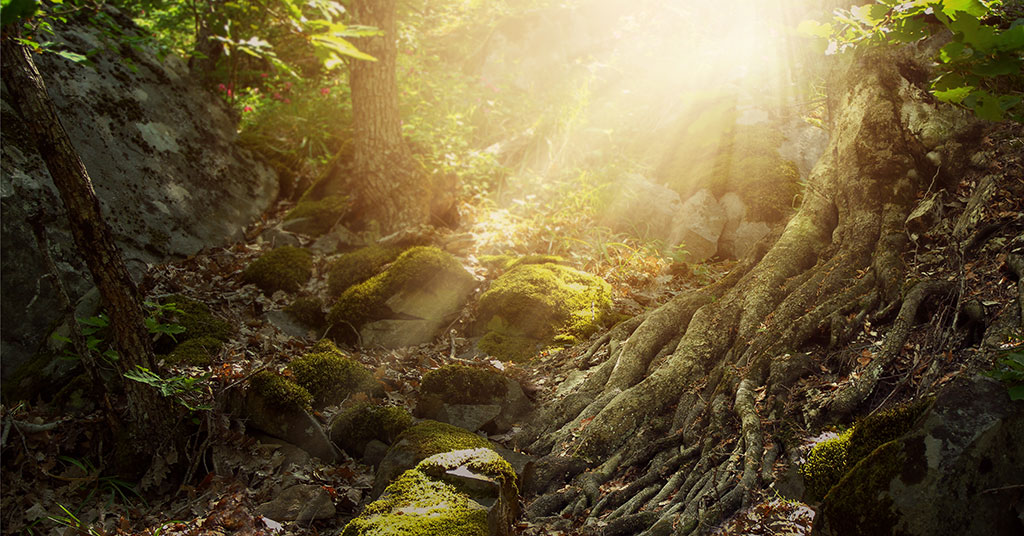 The forest was calm. The soft rustle of leaves, stirred by the light breeze, was disturbed only by the occasional chirp of a bird. But the woods were far from still. A small shadow moved imperceptibly through the brush, paused to sniff the air, then stalked on.

The sharp sound of a twig breaking made the shadowy figure tense. Uirzubrughul curse dem orcs, he muttered under his breath. The small, wiry goblin turned his head back in the direction of four larger, darker shapes that were following him from a distance. Da chief sent four brutes with Ting, yes they is, the goblin thought. So much the better, elf dies quick. He glared at the warriors with his best menacing look, turned his back on them, and disappeared behind a tree trunk.

Ting tried to recall the form of the elf he had spotted a few days before near the Sunhigh clearing. Eh, elf cloak was not green, but Ting don’t remember what color cloak was. He scratched his head, then shrugged. Elf had thick green and blue lines on his face, yes he had, like warrior paint. Ting spot first, tell chief. Chief think very important finding, order kill elf before elf can bring more warriors. Ting be a great hero when Ting bring dead elf’s head back.

The smell was faint, but it was there. The goblin was anxious, and had to refrain from picking up the pace. Orcs not able to catch up with Ting without thrashing through forest like wounded bulls. Elf’s ears will surely hear. He grinned a crooked, sharp-toothed grin, picturing the big warriors in a hypothetical battle, drawing all the elven arrows to them, while he slipped right past the eagle-sighted enemies. The goblin stopped short.

He had almost stumbled into the rocky clearing.

Heh, elf dumber than orcs, Ting pondered, peering through the leaves of a firebush. Barely ten paces from him, perched atop a round boulder, the figure of an elf sat lost in thought, his back turned towards the goblin. Ting grinned evilly. He pulled a nasty-looking, curved dagger from his crude belt, then motioned for the orc band to get closer. Curse dem heavy feet, Ting thought as the four reached his side too noisily for his taste. The elf, however, didn’t even tense. Ting relaxed a little. Now we kill pointy-ears before he can open his mouth to say Uirzubrughul. He looked at the leading orc and nodded with an impish smile. The bigger warrior looked at the others and raised his hand.

It was then that Ting caught a glimpse of movement from the corner of his eye. Goroth! What was that? He opened his mouth to stop the attack, but the orcs were already charging at full speed, guttural war cries preceding them.

The elf on the boulder never moved.

A wide-eyed Ting watched as the four orcs swung wildly with their curved, jagged swords and found… nothing. The sitting elf was gone like smoke blown by the wind. Immediately, they all heard the wheezing sound of an arrow slicing through the air, followed by a wet thump coming from one of the orcs. The wounded orc tried futilely to grasp at the silvered-feathered shaft protruding from his back, then slowly sank to the ground, gurgling noises coming from his throat. Stupid tricky elf, Ting thought, not yet ready to reveal his position. Better let dem big orcs tire elf first.

The remaining orc warriors threw themselves to the ground, desperately looking for cover behind the scarce boulders strewn about the clearing. Warriors know how to fight. They gonna kill puny elf. As if on cue, the three orcs jumped up with knocked bows in hand and fired in unison at the trees, aiming at the general direction the elven arrow had come from. Two of the missiles flew right through the foliage, failing to hit anything. The third, however, seemed to have found its target, for one short breath later something heavy crashed through the branches and fell with a muffled sound among the trees.

Good good good, the goblin celebrated silently, still hidden among the brush. Although quite a few leaves blocked his vision, he thought he could see an arrow sticking out of the body. Ting gonna be a hero now. He watched with satisfaction as the three orcs dropped their bows, grabbed their blades from the ground, and lumbered forward to hack at the corpse of the fallen elf. The head, the head, pleaded the goblin wordlessly, cut his head off!

The first orc to get to the corpse did not even have time to gasp in surprise before a wooden staff swung from the tree above, producing a loud crack. The unfortunate warrior staggered back a few paces, his head at an odd angle with his body, then slumped to the ground in a crumpled heap. The other two backpedaled quickly, looking at their companion in confusion. Ting stuck his head out of his leafy cover to take a better look at the fallen elf. Uirzubrughul and Goroth take this demon to their lair. The “corpse” was nothing more than a backpack, punctured not by a black orc arrow, but a silver-feathered one.

At that instant they saw their adversary for the first time. An elf in a dirty brown jerkin and a plain gray cloak dropped from a low branch, a dark wooden quarterstaff in his hands. His face was painted with green and blue lines on his cheeks, and his eyes showed a wild glint. The elf rested the tip of his weapon on the floor, letting it fall in the crook of his left arm while the orcs tried to decide whether to attack or flee for their lives. Get him, get him, wimps, Ting thought exasperated. He watched, horrified, the elf mutter a few words in the spidery language of magic, accompanied by strange hand gestures. The orcs raised their weapons as if to ward off an attack, but the elf simply crouched slightly and touched his soft leather boots with both hands. As he straightened back up, he slowly raised a finger to one of the orcs, who immediately turned and bolted, afraid of the deadly elven magic. Ting cursed one more time. The other orc stayed his ground and lunged for the elf, but again found nothing but air.

Their pointy-eared foe had jumped forward and up, impossibly high for an elf - or anyone else - over the lunging orc’s head. Ting watched incredulously as the elf crossed the clearing in an arch, and landed, quarterstaff first, against the back of the fleeing orc. The orc slammed against a boulder, gasping for air that had no room to get into his lungs. He dropped to the ground with a smashed chest cavity.

Elven demon don’t fight fair! But elf just get dem orcs by surprise. Now elf has to fight, and then big orc warrior kill it. Elf has stupid woody stick, orc has black-poisoned blade, heheh. The goblin rubbed his hands in anticipation.

The elf rolled on the rocky ground and clambered onto his feet, wincing at the pain from a wide gash on his side, caused by a razor-sharp rock. Ting clenched his fists in triumph. Elf is bleeding, orc warrior will kill him fast now. As the last orc made his way across the clearing, the elf grasped a crystal amulet that dangled over his chest and murmured what it sounded to Ting like the tribe’s Shaman praying. Ting’s smile faded as he saw the bleeding stop and the gash close. Elven demon regenerate like trolls!

The elf had barely enough time to finish his prayer when the remaining orc closed the distance, charging with an overhead swing that had enough force to cleave the elf in two. Ting’s smile returned. At the last moment, the elf put one leg back firmly on the ground and raised the quarterstaff above his head with both hands, to block the blade. The ringing sound of metal against metal echoed through the forest. Ting raised an eyebrow. What cursed stick is dat?

The elf rotated the staff and hit the orc hard between his legs with an upward blow. The orc grunted and his legs wavered.

Goroth, Goroth, what will Ting do? Ting can’t go back and say five warriors of the tribe were defeated by one elf. Ting gonna be skinned alive! Ting has to come up with something. Use brain, Ting!

The elf pulled back the quarterstaff and aimed the tip of his weapon at the throat of the remaining orc. His foe desperately tried to lift his blade to ward off the blow. The orc was too slow.

Breathing hard, the elf surveyed the clearing, making sure all the orcs were out of action. Abruptly he turned around, then made his way back to his belongings. Looking over his shoulder, Ting watched as the pointy-eared figure heaved a long sigh and shook his head in frustration, then bent down to pick up the contents of his backpack.

Ting was a happy goblin. The tribe had had a feast that night, with the carcasses of two deer they had found. Ting had been the centre of all attention. He told them in full detail how he and the four orc warriors had managed to defeat a regenerating elven demon that dwelled in the Sunhigh clearing. It had been a terrible fight and he alone had survived. When he was asked by suspicious elders if he had indeed fought and not fled, Ting had smiled his best devilish grin and produced a piece of skin. The skin was scaly and silver, from an animal like no other the tribe had ever encountered. It had to be the demon’s because its name was written on it in scrawled symbols. As the skin passed from hand to hand, Ting relished in re-telling for the tenth time how he had backstabbed the demon as the last of the orcs fell.

Later, as he sat on the floor of his new tent holding the proof of his victory, Ting tried to make out the symbols etched into the skin. Holding a twig, he slowly and carefully reproduced them on the dirt in front of him: D… u… i… t… h… a… l. The goblin silently vouched never again to venture anywhere near the rocky clearing.