Siege Warfare at its Finest in Tiger Knight Empire War 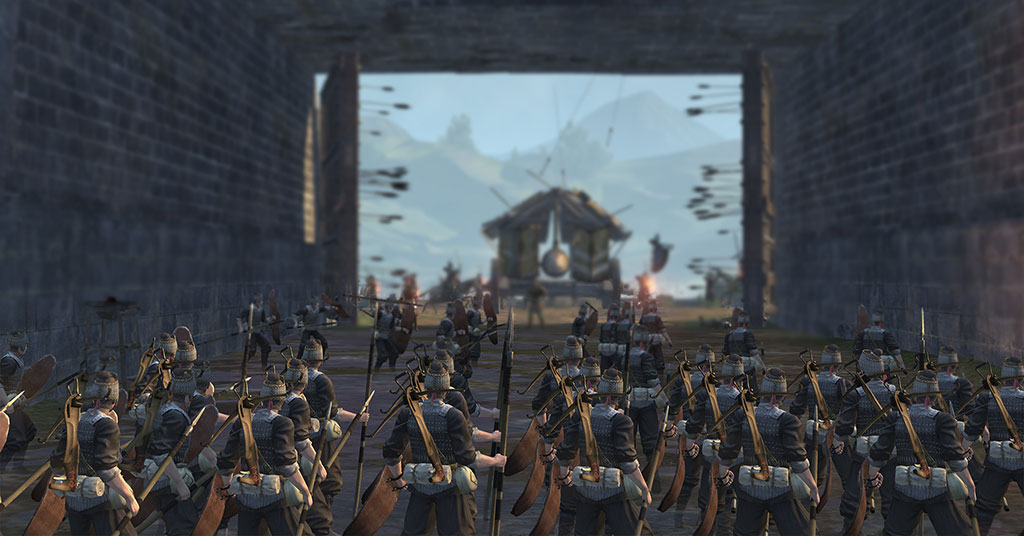 There's nothing better than getting a group of friends together to lay siege to a castle. Many games have explored the castle siege as an element in their game design but few and far between have mastered the epic battles that took place and these towering fortresses.

Travel across Europe and you can't go a few miles without seeing one of the thousands of castles, manors, or fortresses. In movies we see great epic battles with fearless warriors and tactical genius.

How can game developers provide us with a remotely accurate historical depiction of what it was like to be on the battlefield? To deliver an interactive learning experience that is both memorable and also enjoyable to player?

Netdragon and Oasis set out to capture this in Tiger Knight Empire War which is set between 100 - 300 AD during the height of the Han Dynasty and during the war of the three kingdoms. You can play any of the factions including the Han Dynasty, the Roman Empire, the Kushan Empire and the Parthian Empire.

There are several battle modes that include open field engagements, besieging fortified locations, and duels. While the focus of the game is on person vs person (PvP), there is an "Epic War" mode that pits players vs environment (PvE) in epic castle sieges.

I've played the game quite extensively over the past month and can't really say which mode I enjoy more. I find myself jumping between PvE and PvP battles, each giving their own flavor and each giving the excitement of battle.

I really do enjoy the Epic War battles as they have some cinematic flair to them. Each battle starts with each player dueling an opposing warlord while your other warriors watch. This gives your player the spotlight and puts them on stage for the duration of the fight. This allows you to see how other players go about taking down the opposing warrior.

I recall one of my earliest fights, here I was, a young roman warrior with boots, a shirt and a few wooden sticks. Loud were the drums of war heralding the champion I was to fight. Drafty my backside was, as pants were loot I had not found. My team cheered for me with proclamations like "Nice knowing you" and "This is how noobs die". Regardless of my fans, I charged into battle against my mounted and armored advisory. I pulled one of my two wooden javelins, closed my eyes and hurled it in the direction of my foe. The crowd roared in excitement and I watched as the lifeless body came crashing to the floor.  My team cheered and was impressed by my skill, or luck. It's moments like these that hooked me into the game and made me look forward to playing it.

Knowing that so far I'm only scratching the surface of what is to come as development progresses, I can't help but be excited. I've always loved games like these ever since Stonekeep and the days of Gothic, where being a successful warrior takes more than just spamming a button. In Tiger Knight, you have to choose your attack based on the weapon you're using, the armor of your opponent, and the angle at which you attack. Everything comes together in a harmonious blend of action and strategy combat.

If you like games like Mount & Blade, Chivalry, Gothic, For Honor, Kingdom Come: Deliverance, or a fan of the Three Kingdoms time period, this is a game you should try. It's a bit overwhelming at first and needs a better interface tutorial, but once you get into it and figure out what things do, Tiger Knight is an action packed, adrenalin pumping, thrill ride that will have you hacking and cleaving your way through the greatest battles in human history.

Netdragon has built the perfect engine to present a cinematic and interactive look at the most historical battles of the second and third century. The great thing is that it can be expanded to include any number of military forces, tactics, and regions. They could even expand this west and have the perfect engine for expansion. This game has a lot going for it and I look forward to seeing where it goes.