Super Inefficient Golf proved to be a frustratingly fun and distracting game. It takes miniature golf courses to a new level because you are not using a club to move your ball. No, you have to propel it with bombs!

There are not a lot of instructions to get you started. I played around with it getting a good idea of how bomb placement worked, but definitely missed the fact of how you can stack and blow up the bombs. A nice guide on Steam that showed how to get all 28 achievements in this little game taught me how to use my bombs to a fuller extent. I have yet to work on those achievements entirely, but one of them that is not obvious at first is shooting your ball into the sun on one of the holes. You actually break the sun’s invisible wall if you hit it right to gain the achievement.

The game is an 18-hole course with some pretty zany loops, ramps, jumps, and obstacles. You acquire points for good shots and hitting things, like exploding barrels and destructible walls, while you lose some every time you fly off the course. You also get points for air time on a shot and the number of bombs you have left once you sink the ball in the hole. I actually had a hole I managed to get negative points on due to playing around with how the bombs work and not caring if I hit par at the time. I can say I wound up with a lot of triple bogies while learning this game. 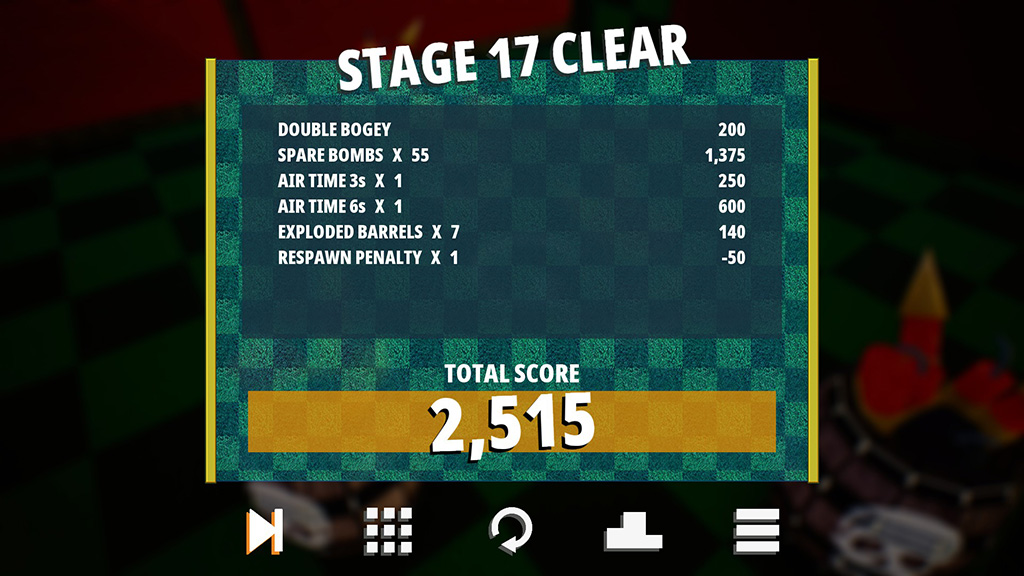 There are walls you have to break or tip over by slamming your ball into them. These are blue or gray in the game while the non-breakable walls are brown. Another obstacle is a barrel that explodes and propels your ball harshly away from it. If you can hit these correctly, you might get further along the course. Most times both obstacles will send you off in a direction you don’t prefer though I’ve had way more luck knocking walls down and not losing ground. Another item you may find in your path is the jumping pad that propels your ball into the air. There are also fans that will blow your ball on a new course if you hit the air stream. But the fun also includes places where there is nothing to keep you on the course at all so you can simply roll off the edge. I’ve fallen off the course just as much by not stopping in time on an unwalled section as I have by flying well beyond the green.

Each hole has a par setting like regular golf and you have a set number of bombs to use to get to the end. You lose points for every time you fly off the course, but thankfully it resets the ball to the same spot for another try. If you run out of bombs, it resets you to the start of the hole with a new set of bombs.

The game will show the course backward from the hole to the tee. On any shot, you can replay the course by pressing R to review what you have left. Once the course viewing starts, you can stop it where you like by pressing any key that allows you to skip the rest of it. However, many times this causes a reset of the hole causing you to start it all over again. I suggest using this only if at the start and wanting multiple views or if you are totally stumped on how to get from where you are. 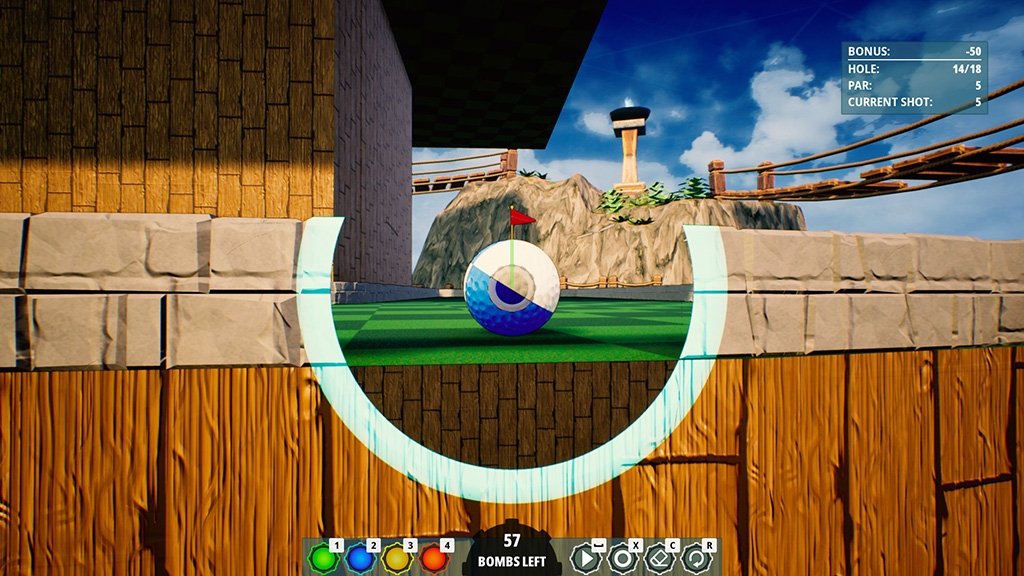 The bombs definitely make the game. You have four colors associated with the 1 through 4 keys and they grow in power from 1 to 4. Each color bomb can be applied up to 4 times per “putt”. You can apply multiple colors at one time allowing you to do a max of 16 bombs on one shot. There is an achievement for using all 16 in a successful shot. The fun part of using multiple colors is making sure you hit the number keys together or in a fast sequence to properly explode the bombs.

Besides choosing the correct bombs, you need to position them correctly. The camera can be moved around in any direction around the ball, even underground. An opaque gray circle will appear on the ball showing where the bomb will attach. In some cases, there may be spots you cannot place the bomb due to the ball being on a floor or against a wall that does not allow it even if the camera can go anywhere around the ball. 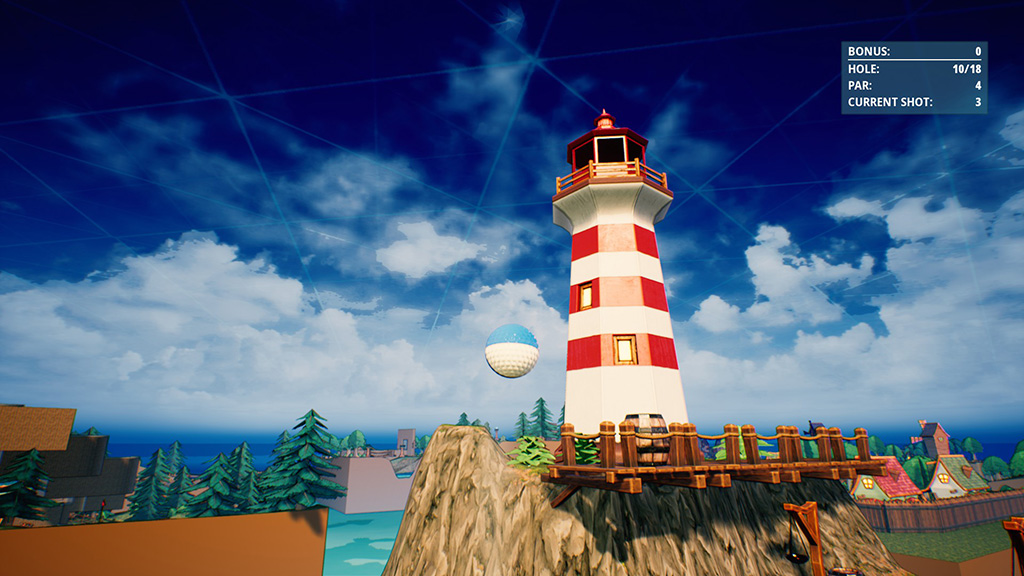 Once you have the bomb locator where you want, push the numbers for the bombs you wish to place. If you change your mind, X removes all the bombs, or to remove the last bomb only, press c. Press the spacebar to confirm your bomb placement. To explode the bombs, press the number keys associated with what you placed and watch your ball roll or even fly based on the angle and propulsion you achieved. It takes some time to get it figured out, but that is why it is called Super Inefficient Golf.

I have this game on Steam, but it is also available on Nintendo Switch. It has proven to be one of my diversionary games when I just want to do my own thing and not be immersed in an MMO. If you are into games that require some strategy along with some downright silly stuff, this golf game is for you.

Super Inefficient Golf builds on top of the most inefficient game ever conceived by making it even LESS efficient. Drop your silly golf stick and start using exploding mines to guide your ball! Place them, choose the right timing, and BOOM - Birdie!