After shifting millions of copies of their Medieval Warfare title, Chivalry developer, Torn Banner, plans to propel players out of their castles and into a brand new realm. A realm where magic still thrives, curses are more than mere words, and the sands run red with blood. This is Mirage: Arcane Warfare. Torn Banner recently brought Chivalry’s successor to the PC Gamer Weekender during February and Gaiscioch took some time to feel the sand between our toes as we mercilessly gutted our enemies. 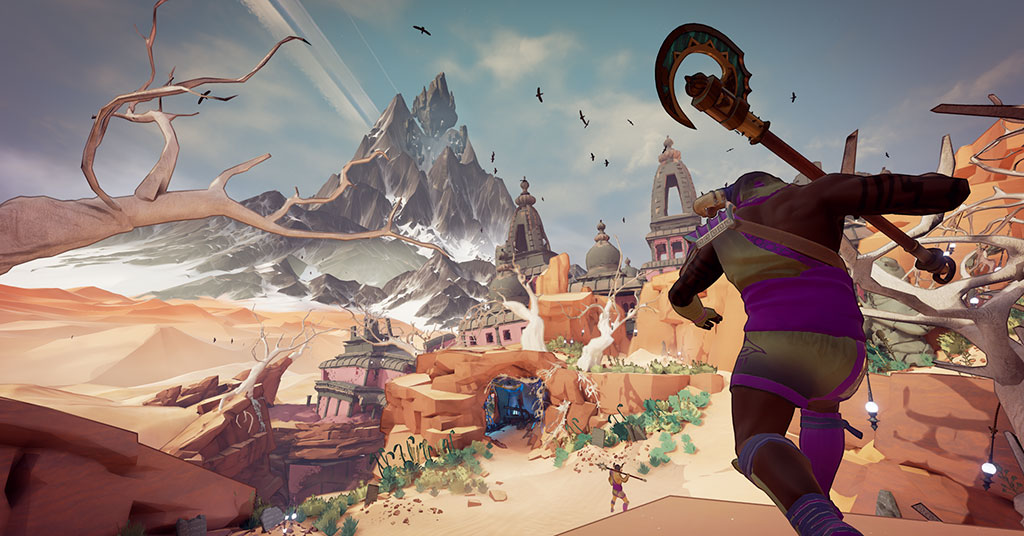 Mirage continues in a similar vein as Chivalry, in this instance pitting two teams of six against each other in a typical competitive multiplayer scenario. Despite Mirage’s bloodline, this is more than Chivalry with a new lick of paint. Entirely new environments are open to players, each with a stylized aesthetic that screams for attention amongst the noise of the PC Gamer show floor. The crumbling ruins, elaborate palaces, and abandoned towns that populate Mirage are all intricately constructed with a bold series of angular shapes, reminiscent of Motiga’s Gigantic and the cell shading of the Borderlands series. Even the colour palette distances Mirage from Torn Banner’s previous products, swapping a dull dirge of brown and gold for a blazing oranges and outrageous purples.

With a total of twelve competitors jousting for supremacy, you might expect a huge variety of classes clashing in the arena. You would be wrong. Mirage provides six adequately defined characters to choose from, the Alchemancer, the Entropist, the Taurant, the Tinker, the Vigilist, and the Vypress. Each of these characters plays a very particular role and carries three unique abilities into battle, alongside their primary weapon. For example, the Vypress can zip across the battlefield using Pounce and unleash an explosive Dash Attack to assassinate unsuspecting foes. 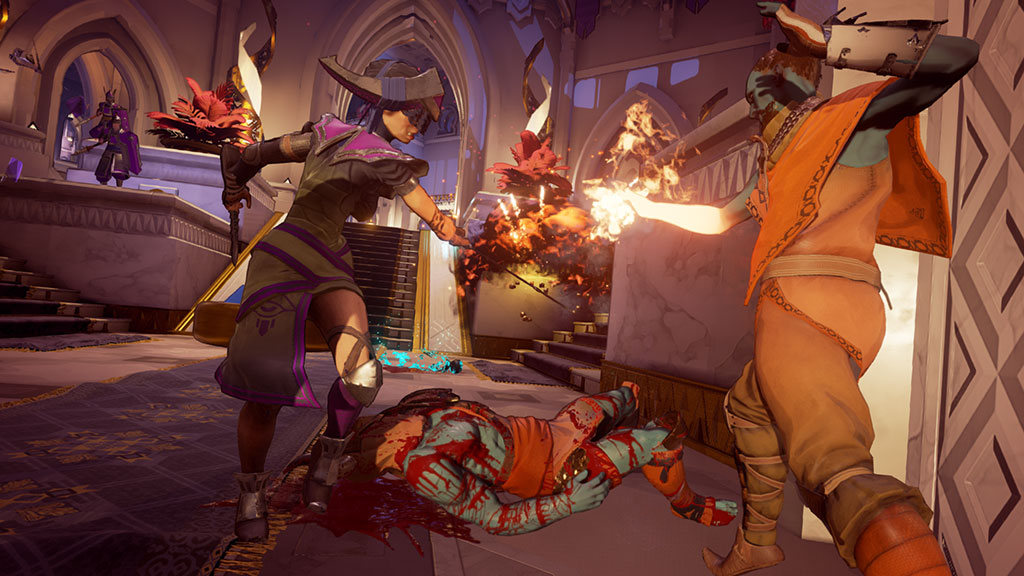 Finding a fight in Mirage is incredibly easy. The same set of controls that worked well in Chivalry are present. Map flow is intuitive with a number of capture points throughout the demonstration map, which are obviously telegraphed using clear visual aids and a series of audio queues. These character and map design decisions give new players an incredibly easy introduction to Mirage: Arcane Warfare. At PC Gamer Weekender I was surrounded by youngsters merrily flailing around the map spamming Q, E, and F keys in a vain effort to crush some skulls. Despite the constrained skill set, a small roster of characters, and an uncomplicated approach to match design, this does not make Mirage a shallow game. Like Chivalry, skilled play is rewarded. The best combatants can take advantage of a responsive control set to circumvent opponents, avoid attacks, or blocking anything thrown at them.

Swords, Knives, spears, and balls of destructive mystical energy can all be blocked in Mirage. In an effort to balance Mirage’s infusion of magic, Torn Banner has incorporated melee combat behaviours into many of the game’s more outlandish abilities. Chucking a ball of mystical energy has the same weight to it as swinging a sword, the result of a solid physics engine, making every attack you make feel meaningful. In essence this succeeds in keeping slower melee focused characters, like the Taurant, relevant while spells clash and swords cross on the battlefield. 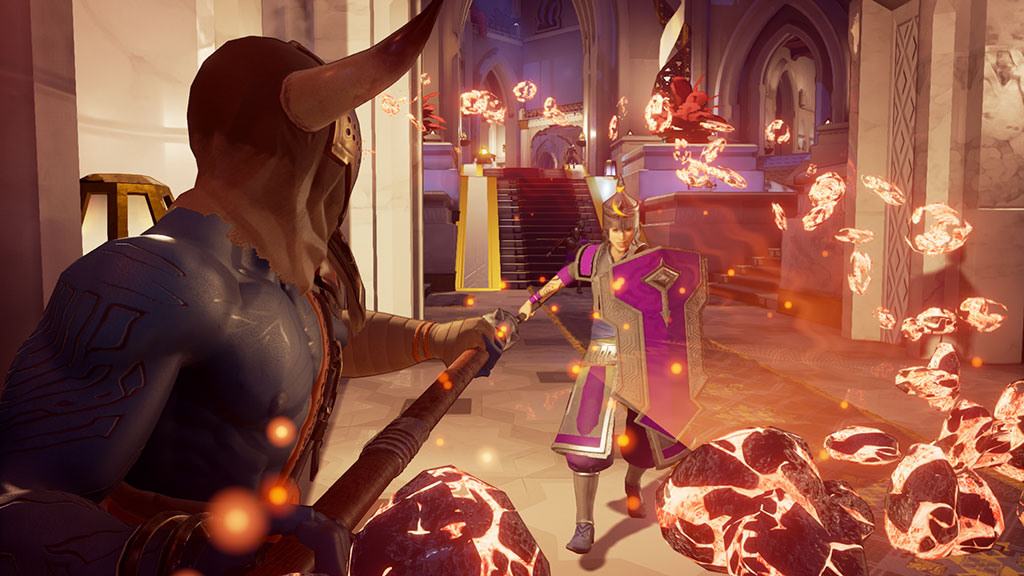 More than anything, I found my time with Torn Banner’s latest game to be immense fun. Like Doom, Mirage: Arcane Warfare’s simplicity belies its real depth. Beneath the oodles of gore and satisfying evisceration, lies a game that requires skill, teamwork, and great timing. Mirage: Arcane Warfare is coming to the PC and I, for one, will be there to experience the magic when it releases later this year.