The History of Social Gaming 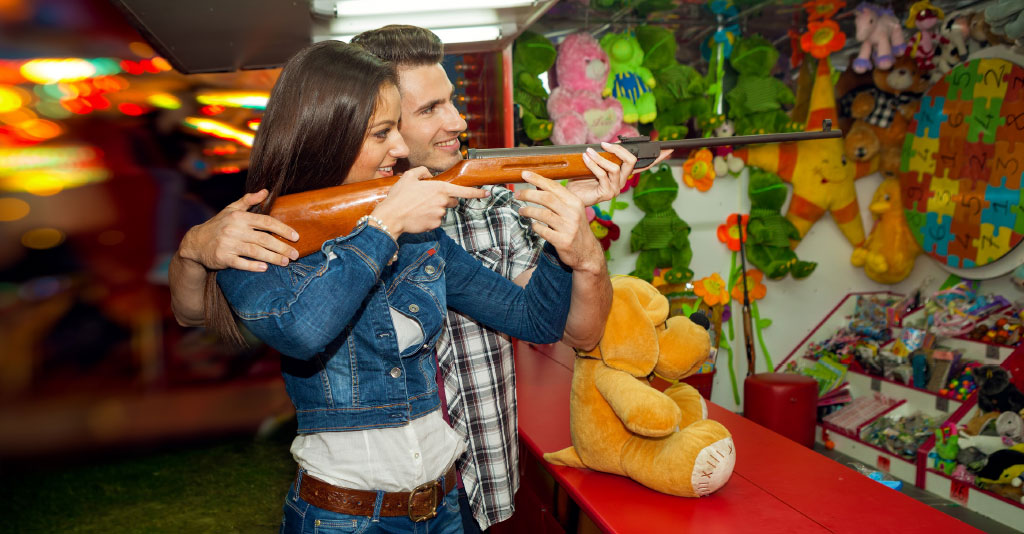 At the fairs of the 1920's, Couples and groups of friends would come to win prizes, socialize with friends and share some memorable moments.

By 1930 we had the first coin-operated pinball machines. By 1977 these pinball games would adopt solid-state electronics for operation and scoring. These were my family’s favorites. I must have spent over 100 hours playing Comet, Funhouse, The Simpsons Pinball game, and the mother of all overkill pinball games, The Terminator. I can remember some fun times with my mom and dad at the bowling alley playing various pinball games. My mom shares stories with me about playing pinball games when she was a kid. What stands out most is that playing games together was a very social experience. 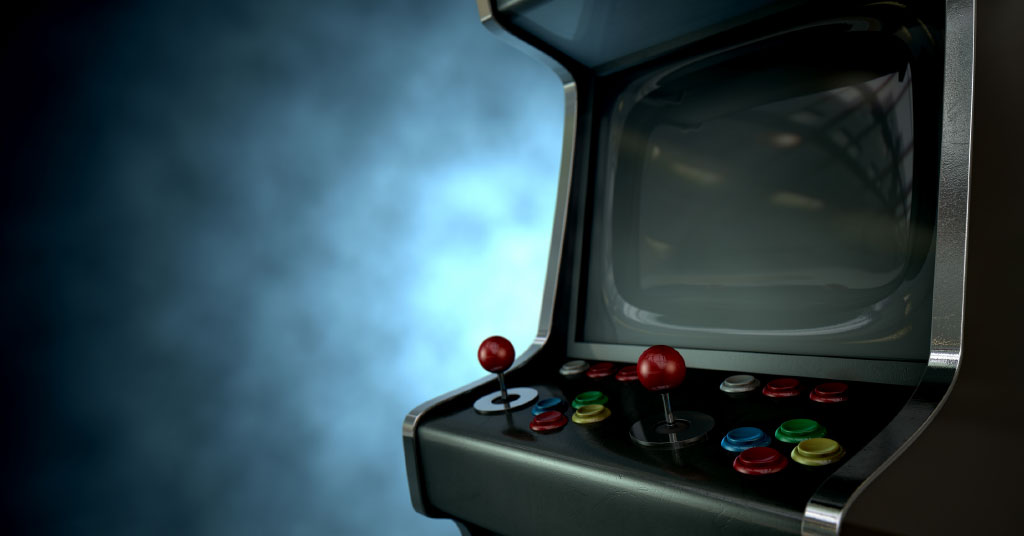 The Golden Age of Social Gaming

Then entered electronic entertainment and the birth of the arcade era of the 1980s. Again this drew a large crowd of players and people who would socialize and build friendships. Hundreds of children, teenagers, and adults would flock to arcades to play the latest from companies like Nintendo, Midway, Taito, Sega, and more. Many years ago, we sat around a TV controller in hand next to our BFF or siblings gaming for hours on end. Before that we would travel to the local arcade with some friends and a roll of quarters. These were social experiences and a time when friends forged healthy bonds of competition and laughter.

I think back to the time I spent with my friend Jeff back in south east San Jose. There was a laundromat that had a mini arcade in the front with the Original Mario Brothers, Donkey Kong, and Pacman. It also had rotating Pinball machines like the classic Fun House and Comet. Jeff and I spent hours and hours and probably a thousand dollars in quarters playing these games. It was the highlight of our summer.

In 1972 Magnavox released it’s Magnavox Odyssey which was the first console designed for home use. It was not as successful as they imagined and it was dwarfed in the light of the 1972 hit Pong. By the early 80’s we began seeing the eruption of home consoles from the widely popular Atari 2600 and Commodore 64. As the console invaded our living rooms arcades began to drop in popularity. We began inviting our friends into our homes to play multiplayer games from our living room couch. Instead of spending your gaming time with 10-20 friends it became 2 to 6 six friends hanging out in someone’s house.

This is how I spent a great deal of my childhood. I grew up with an Atari 2600 then saved every penny to get a Nintendo. I fixed a Sega Genesis, Super Nintendo, and Turbografx 16. The console era was the last of the social gaming renaissance. For things would go down a road that is only ventured alone and isolated. A storm was on the horizon.

The Final Days of Social Gaming

In the late 1980s we began to see a new form of gaming that only a select group of people actually knew about. These were Multi-User Dungeons or MUDS as we used to call them. They were played over dialup and largely text based. We would play these with people from around our area as they were dial in gaming centers and long distance fees were still a thing. Eventually they would evolve to use the Internet and allow people from all around the world to connect. Such is the case for Darkness Falls, Mark Jacob’s brain child. With the MUD came a loss of social contact. We were limited by text only communication. There was no physical human contact, no emotion, and making a psychological connection proved difficult.

The Dark Ages of Gaming

With the birth of the 90s came the widespread use of Internet. What used to be limited to a few who knew about it, became mainstream and with it gaming looked to the Internet to be able to match people from around the globe. PC gaming boomed and multiplayer games like DOOM, Quake, Marathon, and eventually the first MMO’s like Ultima Online, Everquest, and Meridian 59. This generation of gamer would rely completely on text chat for communication. Things like sarcasm, humor, emotion, and physical connection were completely lost.

Following in its footsteps consoles began looking to the Internet to match players in multiplayer games. Playstation 2 brought the Internet adapter and later XBOX would do the same. The vast number of players would play without any form of voice communication. From 1990 - 2000 we experienced an anti-social gaming era. 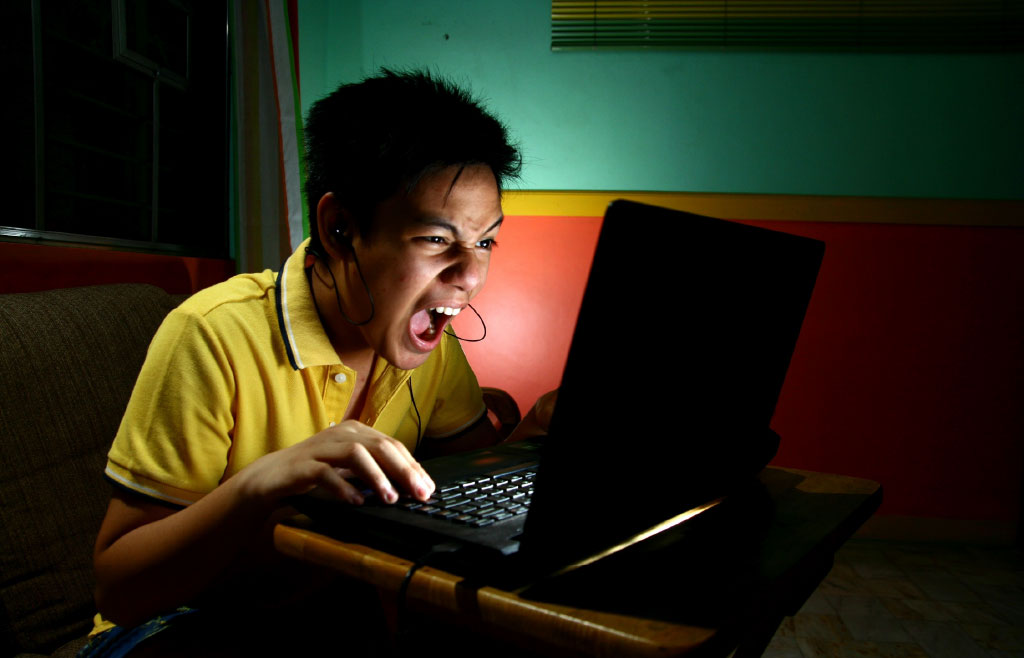 By the time XBOX Live launched and people started using voice communication again, a young generation of gamer was born into a world where they never experienced social gaming. They never experienced the life before the Internet gaming era. What we ended up with is a generation that did not understand the social repercussions of gaming.

They became a group of players that hid behind anonymity and felt entitled to say and do whatever they please without having to face the consequences of said action. They treated people with a lack of respect as if their digital avatar was just digital and there was no human at the controller on the other end. Trash talk became a thing in mainstream gaming and literally became a staple for any first person shooter. As people become more distanced, players became more vile.

The lifestyle that came with the return of voice was one that was opposite of the early days of gaming. For us that remember the arcade and remember the living room social experience it’s painful to see the direction it has gone.

A Slow Return to Social Gaming

With the help of Massively Multiplayer Online (MMO) gaming and products like Roger Wilco, Teamspeak, Ventrilo, Mumble, and Gamevox we have once again found our voice. In MMOs we are exposed to people from all over the world and can choose who we communicate with. This has allowed many of us to bond together and forge new friendships through social gaming. A new dawn is on the horizon for social gaming and hope peaks out beyond the horizon of the future.

As we learn to communicate with one another again we can hope rekindle the social gaming experience we shared in the early 80s. This time with an arcade that is accessible to everyone in the world. For gaming communities like Gaiscioch, we are focused on social gaming and its success in the world. Communication, Emotion, Memories, and Friendships are at our forefront and we focus on building an environment that is not vile and counter productive. It is our hope that we can witness the rebirth of the social gaming era and lead the way for new social gaming renaissance.

In the end it isn’t the game that stays with us, it’s the friendships and memories we make that transcend the life of a game. It’s in these friendships that we pioneer the new social gaming revolution. In time perhaps a new social generation can be born and the hostile, vile, gamer mentality born of the lack of social contact will be left in the basement with their anti-social attitudes to grumble about the good old days. It is time to put down the hostilities, and embrace each other as a gaming nation. Gaming was always meant to be a social experience. It is time to take it to the next level.