The Imperial City Is Coming to Tamriel and More! 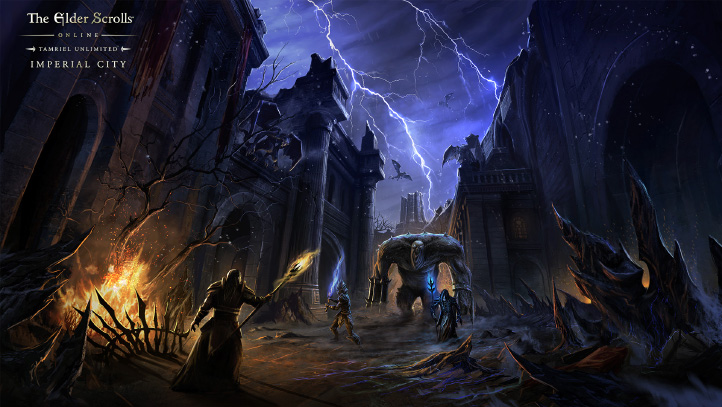 Many of us have been dying for information about the upcoming release for the Elder Scrolls Online: The Imperial City.  Zenimax delivered a great deal of information on July 2nd during ESO Live.  As of July 27th I was able to confirm information based on the PTS (Play Test Server) patch notes they released. Go to PTS Patch Notes v2.1 to see them all.

Let’s look at what we know so far.

As of July 15th we learned that this would be on the Play Test Server (PTS) by the end of the month and it was available on the 28th.  The access to this content is free on the test server and they are hoping to see people streaming the content as they test.

The official release dates are:

The cost for this Downloadable Content (DLC) has been announced. 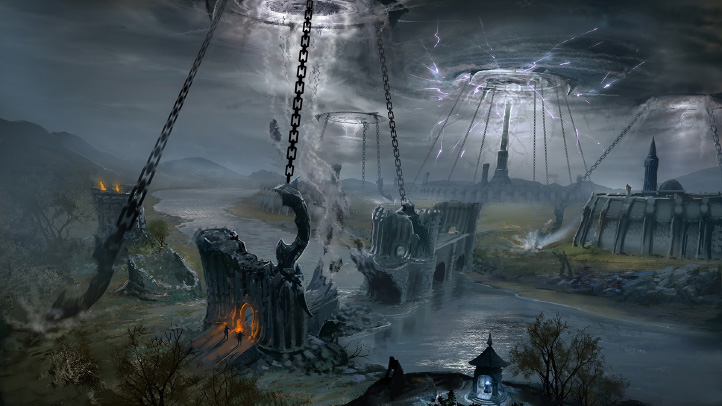 This highly-anticipated Imperial City is here.  The Imperial forces have routed the Daedra back into the city and are calling adventurers to aid in battling the threat.  Alas, the alliance war is still in full swing and it continues right on into the city.  Who really will control the capital city of Tamriel and for how long?

The Imperial City can be accessed when your alliance controls all six of their home keeps.  If a keep is lost with forces inside, they are locked inside until they die or the keep is reclaimed.  This should change the dynamic of AvA overall, so that the battle can also continue in the city.  Not only will the forces want to be in the city, they will also have to maintain forces on the ever ravaged fields of Cyrodiil in order to support and supply the forces within the city itself.

There are six districts in the city:  the Market District, the Arboretum, the Temple District, the Elven Gardens, the Noble District, and the Arena.  Some of these areas can be captured by the Alliances and considered their ground.  The Arena is a special PvE and PvP area that will not be instanced allowing for cross Alliance duels and other fun.  The White Gold Tower in the center of the city and the Imperial City Prison will also be included as dungeons (which can be queued for from outside the Imperial City if you have this DLC).

Just like the rest of Cyrodiil there are quests to be done in the city, as well.  Some will be available once, including a quest chain that allows you to enter the city for the first time, and some will be the standard dailies.  The Imperial City will supply new achievements, gear sets, collectibles (pets, polymorphs, and a costume) and bosses to kill only found within it.  There will also be a new crafted gear style called Xivkyn, or Imperial Daedric, and three new sets that will be only available for crafting at stations within the city.

So how do you get into this sprawling metropolis?  Through the sewers!  Each alliance will have a captain outside the city by the Grand Warlord that will start the quest to enter Cyrodiil and this will lead you to one of three entrances for entering the city.  Any of the three will put you into your alliance’s safe zone.  In the vast subterranean area there are multiple levels with areas for each alliance to use as a home base.  Each home base will have ladders to climb to the PvP areas up in the city.  Close quarter and small scale PvP will happen in this area outside the safe zones, but be warned, the daedra are here, too.  Not only can we fight for the city, but we can control the sewers with our battles.

Once in the city, taking over districts for your alliance  is a lot like capturing resources and keeps  in Cyrodiil.  Siege weapons cannot be used in the city due to the fragile state of most of the buildings within it.

As you battle Molag Bal’s minions, you will gain a new currency called Telvar Stones.  These can be used to buy new items found on vendors within your alliance’s safe zone of the sewers. You may want to put some in the bank now and then because you do lose them if you die: however, having more on you gives the chance for greater gains of this currency. Check out ESO Tel Var Stone Guide for full details.

There are also trophies that can be had from these minions and used to allow you to open up treasure vaults around the city.  These vaults will contain veteran rank 16 jewelry sets and other rare finds.

The only thing that does not change is the population allowed into a Cyrodiil campaign and the city is included in this population count. 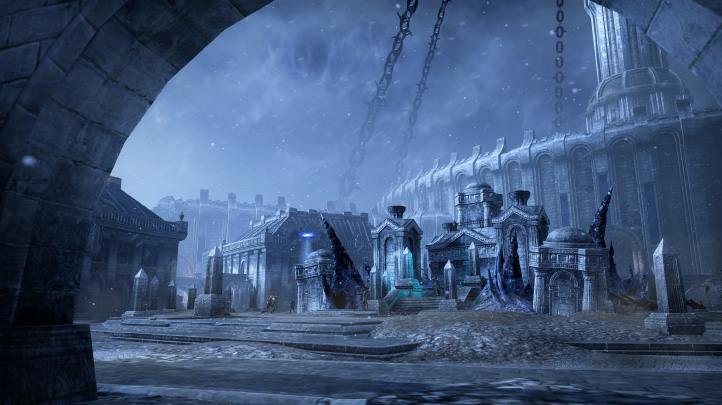 Here is a summary of what we managed to get out of ESO Live and confirmed with the PTS patch note release.

The cool down on changing your home campaign has been decreased to 12 hours from three days; however, the cost has increased from 15,000 AP to 150,000 AP.  This will surely allow faster switching, but will reduce the demand to do so due to the cost incurred.  For your guest campaign, expect a 4-day cool down rather than  3 days.  The cost for switching at the time your home campaign ends has been cut in half.

All former emperor buffs will be removed, but you will still have the title to flaunt.  When you do become Emperor you will no longer need to spend skill points to use the buffs.  Those who have spent points in this skill line will be refunded.

There will no longer be PvP buffs outside of Cyrodiil.  This totally eliminates the concept of Buff Campaigns.  There will no longer be a reason to own it all other than to say you can own it all and to keep the other alliances out of the Imperial City.  But  where is the fun in that? The added tension of not knowing when another alliance is going to flank while your alliance is doing some PvP or PvE in the city.  That is what a PvP centric area is about!

Battle leveling has been adjusted to include veteran ranks, so players are equivalent to a VR14 in moderate gear.  This is an option!  You do not have to opt in.  The thing that Battle Leveling will include is a 50% reduction to overall damage, healing and damage shields.  This seems counterintuitive to me because a level 10 can finally go to Cyrodiil and can finally play with the big boys like a VR14, but with this deal it cuts your power in half.  I’m going to have to actually play with this when we can to see if maybe we misunderstood what was going on here.  Even at half the power though, the non-vets would at least have some chance out there.  They say this should balance it better.  We’ll see.

PvP combat has had several changes allowing for a better capacity for use of skills and reaction time for players.  This should eliminate the FPS-style kills that have been going on where you feel cheated because you could not get the first hit and die in seconds.  PvP should feel more tactical with this change and take away the button mashing contest.  I have enough problems button hitting correctly with my disability, I really don’t like fighting one or two button spammers who don’t have to think about what they are doing to kill me.  I’ve done live combat before being disabled and rather have that feel even in my online fantasy games.

They fixed the gate jumping.  Scrolls now housed behind properly closed gates cannot be taken with this improvement.  There will be a barrier around the scroll until the gates come down.

The scoring for the campaigns will also change.  Keeps, resources, Elder Scrolls and outposts will generate one point each per scoring cycle unless noted otherwise in the following campaign list.  The following list is how long the points will accumulate per campaign and any point differences they may have:

This should make things interesting as not all campaigns will have the same points generation for the number of days it is running before resetting.   The side that wants points will have to be sure they hold on to the assets that gives those points.  Holding on to locations and items which do not reward points, will have to be for  tactical reasons rather than  point-based strategy.  Yes to tactics being a reason rather than a score! 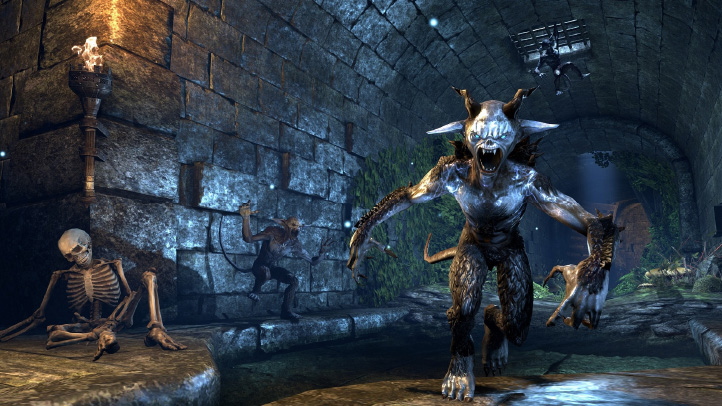 People kept speculating on the future of the Veteran Ranking System., We now have confirmation it is here to stay, at least for the moment , as  you will now be able to advance to Veteran Rank 16.  This was done because of a new progression tier and 23 new item sets added with the Imperial City content.  Not only is there new gear items to craft, but there are new sets to acquire as loot, as well.

There is a great deal being revamped with this system besides two new tiers.

This is in answer to everyone that said the current leveling system was taking too long and felt far too grindy.  I foresee myself (I’m a definite PvE quest junky and map completionist) finally being over leveled for all of Cadwell’s silver and gold zones.  With 1.6 we were at least leveling so we could go into the next zone at the correct level, which was a far cry from what 1.5 gave us for awhile.  I remember giving them huge tracks of math info showing how things were really working.  So this is a huge relief and should make the veteran levels more fun for others who may not want to have to do every quest or even go visit the lands Cadwell wants you to any more than you have to. 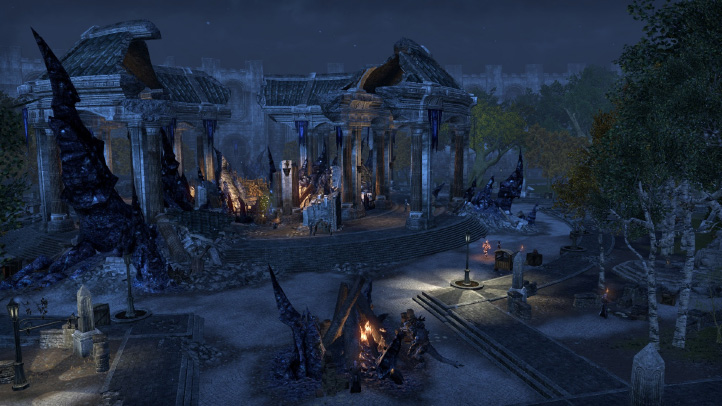 Other Sundry Changes and Fixes

For the rest of the information I am going to simply copy Neizer’s nice patch note style information, based on the July 2nd EoS Live.  It also helped with summing things up above in this article.

Thanks to guild mate DirkDaring for directing me to Neizer’s wonderful patch note version on the ESO forums and sharing it on our forums.  It helped save a lot of time summing this up and editing as new information was released. 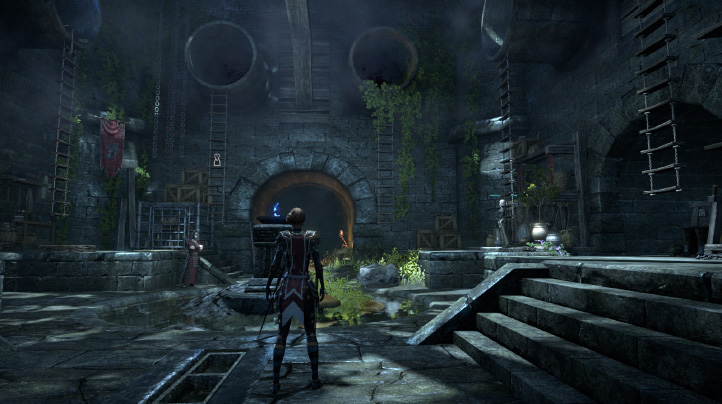