The Many Pleasures of a Brut@l Gameplay 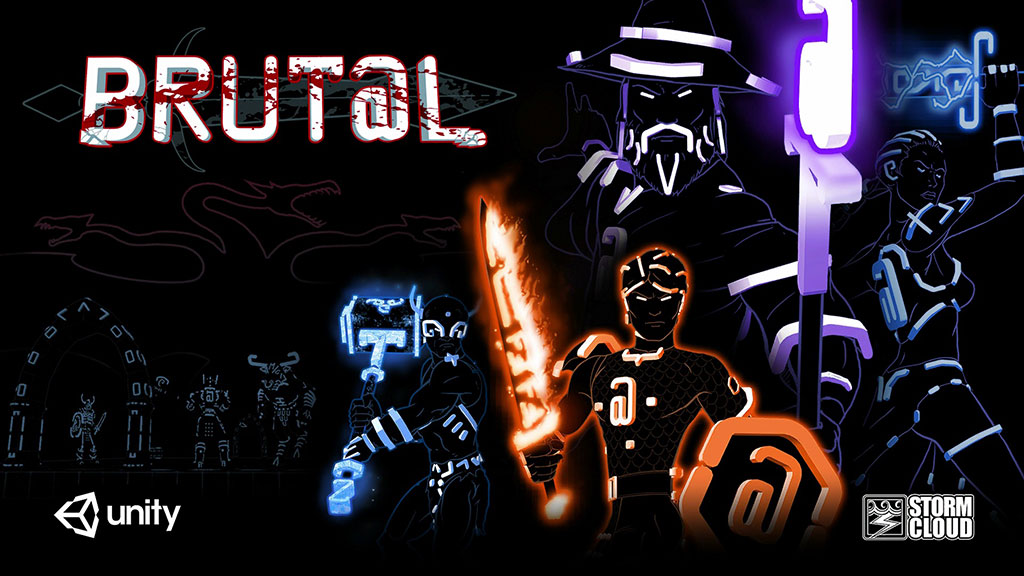 Brut@l is a game developed by Stormcloud Games and published by Rising Star Games. It was officially released in February 2017.

When I heard about a chance to play and review Brut@l, I was onboard within minutes. Call it nostalgia or perhaps curiosity, but I was looking forward to see and experience how the game would feel and play, especially with the fact ASCII letters was all that was used to create the world objects, the heroes, the weapons, the mobs, etc.

From the get go, the game developers make it clear they strongly suggest that players use a controller for the best game experience. After that, it is up to you to choose how you play the game.

Your first action will be to choose a class between Warrior, Ranger, Mage or Amazon. Once selected, you are dropped in a procedurally created dungeon. Each level has a trap door for you to find, which will lead to the next level. Within every dungeon, there a multitude of foes to slay, objects to break, loot to pick up, chests to open, keys to find and doors to unlock. Oh, and did I mention potion brewing, weapon crafting and enchantments?

There is a total of 26 levels for you to go through, provided you did not die in the process. Did I mention this game uses a Perma-death feature? Yes my friends, you screw up and die, you lose all you have gathered so far, you lose your levels and start fresh from the character selection screen. Frustrating you say? Absolutely! But it is also a feature that makes this game that much more interesting for me. You have to weigh every action and decisions you take.

Rejoice though, as there is a possibility to fall in favors with the gods, which might result in an extra life being given to you. “Might” being the key word here!

The first time I played Brut@l, I got dropped in a randomly created dungeon with my ranger. It rapidly became obvious I should smash everyone and everything standing in my way. All the letters I collected, could be used to craft weapons and enchantments, provided I found the appropriate book of knowledge. I found a few armor pieces in the different containers I looted, which helped me stay alive while figuring out how to defeat the different foes and traps I encountered in the dungeon.

I must say, I did find it frustrating that my ranger, with whom I wanted to shoot a bow, could not do so because I had not found all the letters necessary. I ended up fighting through all the rooms of the first level with my fist, a torch and the only weapon I managed to craft, a goblin pike. That adventure did not last long as I died attempting to jump over a precipice. Truth be told, it would not be my last death by “falling”…

I did not count the number of deaths I suffered but I still find myself mesmerized by this game, several dozens of playthroughs later.

All in all, the game mechanics are pretty self-explanatory. And a death always gifts you with some levels of insights to bring with you in your next dungeon level.

The 3rd person camera did get annoying for me at times, as the angles were sometimes putting it behind door pillars and such, but I found that moving slightly around would make the structure become translucent, letting me see what was hidden behind. Word of advice: You do want to venture behind those blind spots as they often hide letters and other welcome loot. 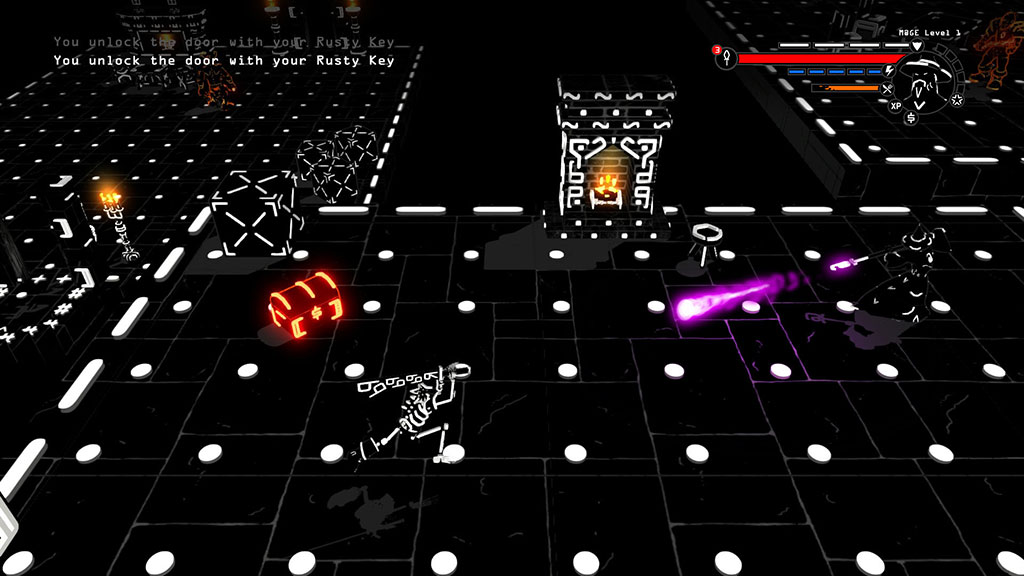 If you enjoy playing along with a friend, please note you can also play in co-op mode.

If you are the creative type, like me, you will definitely enjoy the last mode available, which is the dungeon creator. No manuals needed for this one either. Jump in and follow the simple steps available to create your very own level.

You can start from nothing or take the option of having some floor plans already laid out to get you started. There is a limited number of items you can fit in each room and you must choose wisely if you wish to complete a dungeon level interesting to play through.

Before the dungeon is available however, you will have to validate it (Player spawn point presence, trap door, etc.) AND run one time through the level.

I have enjoyed my experience with Brut@l and will still play it long after this review hits the virtual shelves. For me, it is a refreshing take on a classic with enough elements to keep coming back.

Sounds - Contributes well to the flow of the game

Controls - WIth controller: it is quickly mastered. With keyboard and mouse: there might be difficulties with the camera control, but it still can be enjoyable

Gameplay - I found it’s worth it to play all the classes, although I wish the differences in abilities and limitations of each class were more distinctive.

The element of “just one more try” is in full effect with this game, as a death only kindles the desire to get further on your next try.

For more information on this game or the team behind it, head to www.brutal-game.com 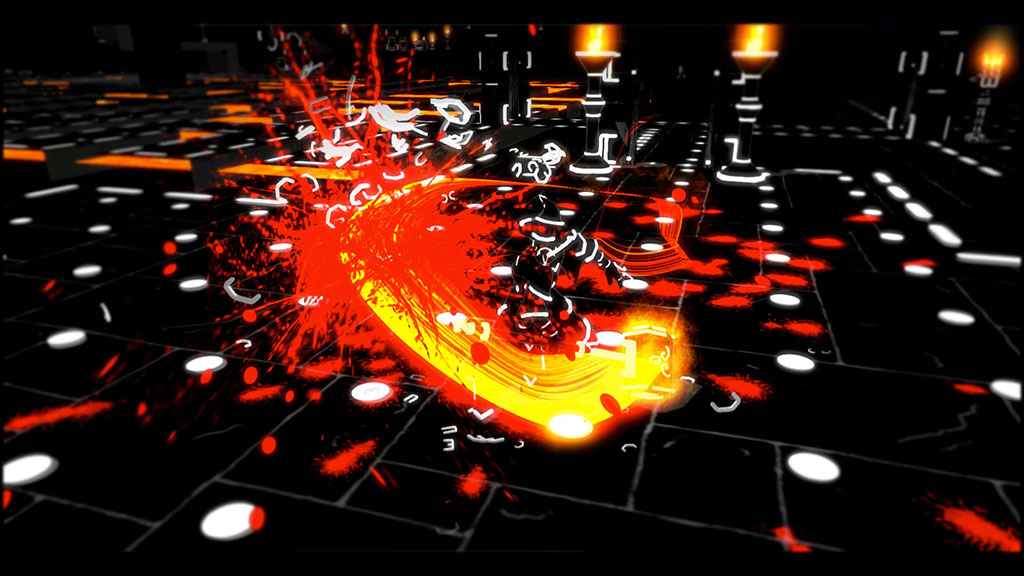