The Witcher Series Comes to an Epic Conclusion 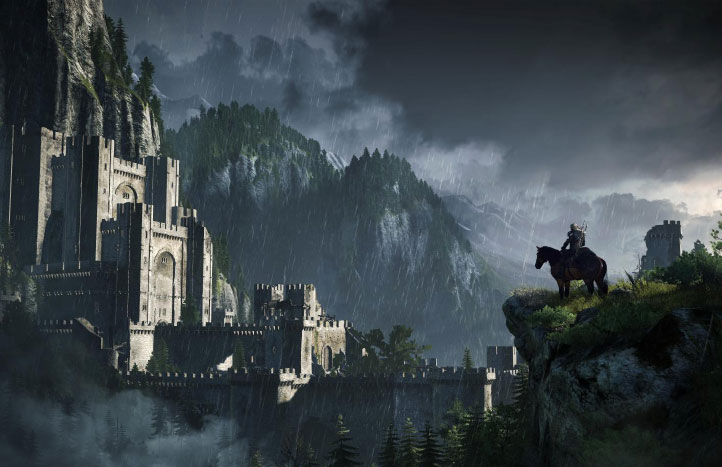 As an avid lover of foreign film and games, few titles have made my top 10 list from international developers. The international scene is rich in story, innovation, and gameplay. Yet traditionally lacks the domestic marketing of mainstream titles. Too many times these titles slip through the cracks and go unnoticed.

When you look back at games that have evolved from books, there are very few that capture the essence of the story and convert it into a visual representation of the epic adventure within. One Polish development studio took on the development of a game based on the 1986 short story by Andrzej Sapkowski titled “Wied?min”. The story centers around the witcher Geralt of Rivia as he hunts dangerous monsters that plague the Nilfgaard Empire.

Over the years there have been 6 books published, a Polish TV series, a full length feature movie titled “The Hexer”, a comic book series, a tabletop game, two card games, a board game, and a legendary video game series. 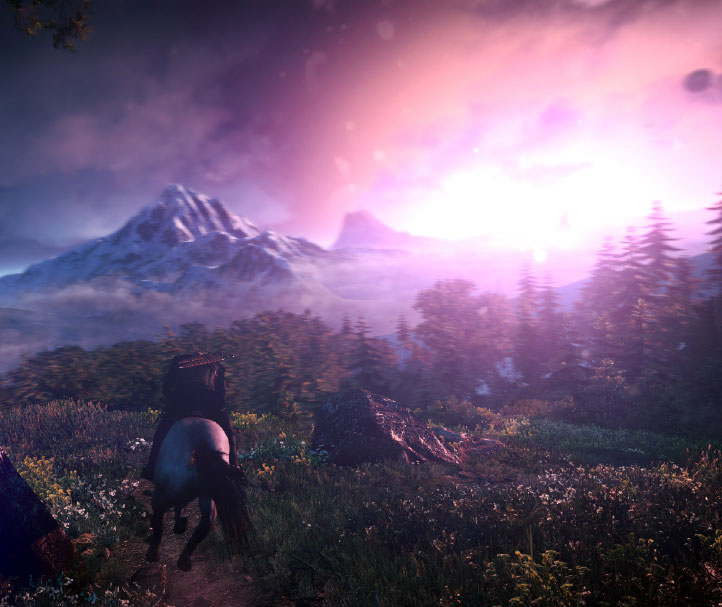 At the helm of the game series is CD PROJEKT RED, a Polish development studio based out of Warsaw. There newest addition to the Witcher series serves as the end of the Geralt of Rivia “White Wolf” story. The Witcher 3: Wild Hunt, is a mature, non-linear story with a vast open world concluding the trilogy of epic adventure.

The final chapter of the Witcher series features more than 100 playable hours, 50 of which are for the main storyline alone. Travel by horse, boat, or foot across a terrain 20% larger than Skyrim and 30 times larger than the Witcher 2. There are 36 alternate endings to this story which all unfold in a cinematic series of events capturing both the original work of Sapkowski and the visionary minds of the CD PROJEKT RED team.

Embark on an adventure through a mature story driven by player decision, full of unexpected events with memorable characters who both aid you in your quest and plot against you based on their own ambitions. This is the first of the series to allow you to explore both by land and by sea allowing you to traverse the previously unreachable Northern Kingdoms.

With the 3rd part of this series they have also introduced a living ecosystem that allows communities within the game to behave with such realism that the flora and fauna form and react to in-game events. CD PROJEKT puts all of their cards on the table for this final epic adventure that has an amazing amount of promise.

If we know anything, we know that CD PROJEKT has a long history of delivering compelling stories along with it’s fare share of innovation in gaming. The third installment of the Witcher series will be the largest most ambitious project to date using the latest technology.
Additionally if you fancy creating your own world, REDkit allows you to mod the Witcher series bringing into the game fan made adventures and endless content to explore. REDkit comes with each of the titles and allows even the most novice user to create their own world, quests, and world to explore.

The Witcher 3 is set to release on May 19, 2015 for Playstation 4, Xbox One, and Microsoft Windows. If you have not had the chance to play this exciting series be sure to head over to GOG.com (Also run by the CD PROJEKT group) and pick up a DRM Free copy of the first two games which usually are on sale.  This is sure to be an adventure you will not soon forget. 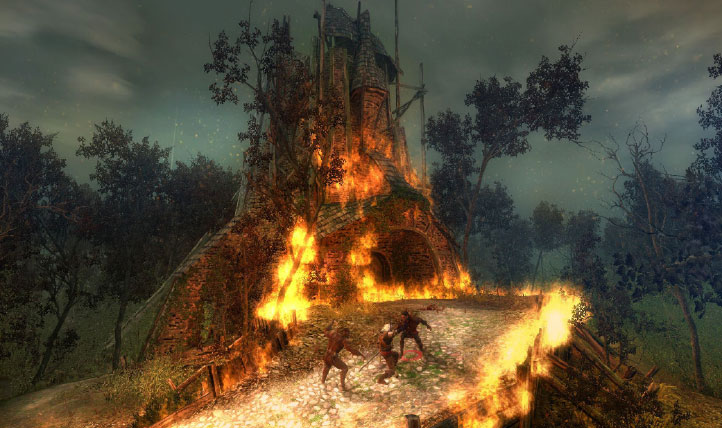 The story begins with Geralt reappearing after being feared dead. He is found unconscious, dazed and with only a vague recollection of past events. This way, players unfamiliar with Sapkowski’s works will be able to gradually immerse into the fantasy realm. 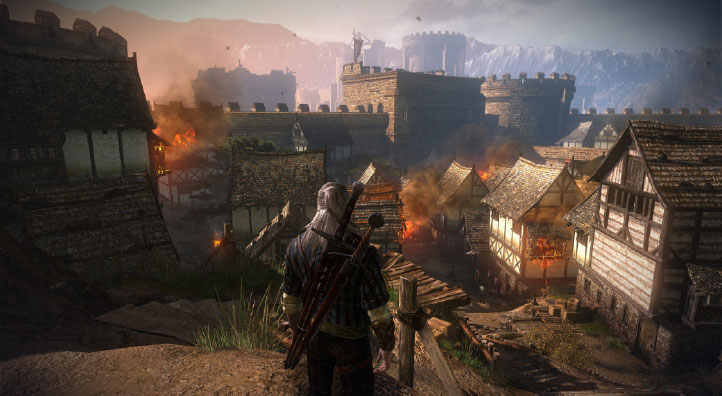 In the second chapter of the Witcher series a time of untold chaos has come. Mighty forces clash behind the scenes in a struggle for power and influence. The North Kingdoms mobile for war. But armies on the march are not enough to stop a bloody conspiracy. Someone is hunting crowned heads. Every assassination attempt intensifies the chaos, and might truly does make right. Cruelty and violence become the daily fare. 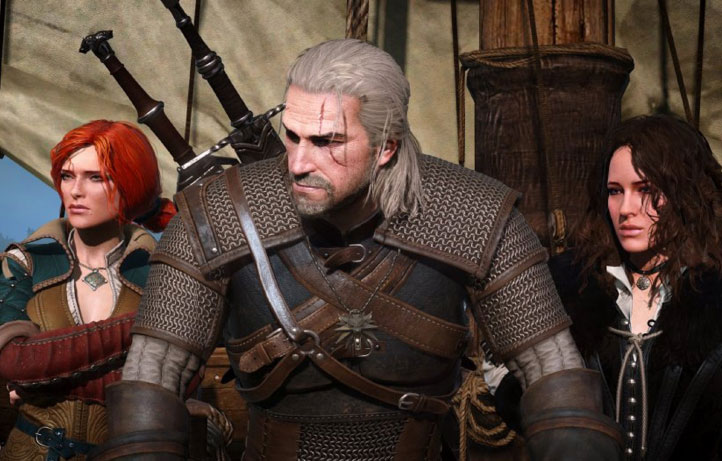 You are a witcher, a mutant. The sooner you accept this, the better. People will seek you out for your skills, but you must know to disappear when your presence is no longer desired. You are unique, different. This puts you in the same precarious position as non-humans who find themselves impaled or hanging from nearby trees. That they exist and are different triggers resentment, animosity and hatred among common folk, who will use any pretext to show them their proper place. How is it then that witchers, while equally non-human and different, do not share the fate of these poor devils? The answer is twofold.

First, relatively few of you walk this earth. Therefore, one is far more likely to encounter an elf than a monster-slayer such as yourself. And second, you possess a couple of rather forceful deterrents, a solid sword and a simple set of life rules.

Your blades are your lifeline. It`s therefore unsurprising that your ability to wield them is renowned, or that very few are keen or even willing to risk their lives by engaging you in combat. Still, your prowess has not led to arrogance. Neither do you revert to force when it isn`t necessary. As long as even a small possibility remains of resolving a conflict by other means, you sheathe your sword rather than tempt fate. However, you are unrelenting and without remorse when you must fight. You`re no saint, and not out to save the world. Ultimately, you simply want to survive while remaining true to your profession.

At first she was known as the owner of the most beautiful auburn hair; a promising, yet modest sorceress. When everyone thought that she had died together with thirteen other magicians during the Battle of Sodden, she was called the Fourteenth of the Hill.

Thanks to her wisdom and courage she has earned herself the title of King Foltest`s adviser and nowadays no one questions her position in magic and politics. The rulers take her opinion into account, and young trainee sorceresses learn about Merigold`s Hailstorm, a powerful spell which stopped the rioting in Rivia.

The gates to the witcher stronghold, Kaer Morhen, are always open for her. Geralt could always count on her, together they defeated sinister Salamandra and stopped the rebellion of the Grand Master of the Order of the Flaming Rose. After the attempt on the life of King Foltest, Triss and Geralt once again work together. The sorceress can once more be with her beloved man. Against all adversities.

The world needs heroes to protect the innocent from evil just as heroes need bards to ensure that their names are remembered, to sing ballads about their heroic exploits and noble, albeit dopey demises. Though roadside taverns are full of home-grown buskers who call themselves minstrels, only a few actually matter, and Dandelion is arguably chief among them. Calling him the greatest artist among lovers hardly does him justice; calling him the greatest lover among artists, well... dozens of seduced women can`t be wrong.

Dandelion has been travelling with Geralt for ages, and though it`s impossible to say how it all began, it`s hard to imagine them going their separate ways. Dandelion has a foul tongue, a jester`s sense of tact, and an ego the size of a small kingdom. These are the traits that would lead the two companions to the scaffold were it not for the swiftness of the witcher`s sword. Such is the price of friendship...

Zoltan Chivay is among the few who can consider themselves Geralt`s close friend. They met years ago and very much by accident, when Geralt, pursuing his destiny, was seeking Ciri, and Zoltan was looking for a fight and a chance to get rich. Amidst the turmoil of war, they saved each other`s skins many times, which transformed their chance acquaintance into a friendship that endures to this day.

In breaks between bloody melees, Zoltan strives to cultivate beautiful dwarven traditions that include picking fights in taverns, losing his coin at cards, or getting drunk as if there was no tomorrow. Invariably curious about the world, Geralt has often joined in these rituals, usually regretting this the following morning, when a hangover obliterated any doubts as to what had happened the night before. Despite all, Geralt values Zoltan`s friendship as well as the edge of dwarf`s battleaxe, mindful that it is always better to wake up with a splitting headache than to wake with no head at all. 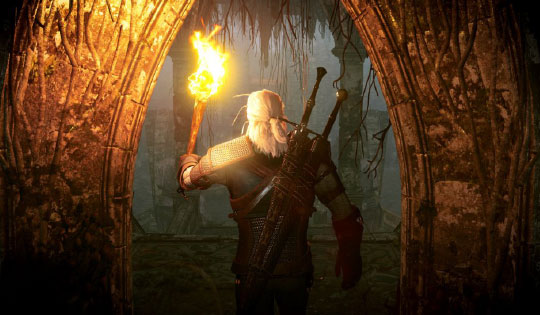