Through a Game Junkie's Eyes: The Discovery of Rift 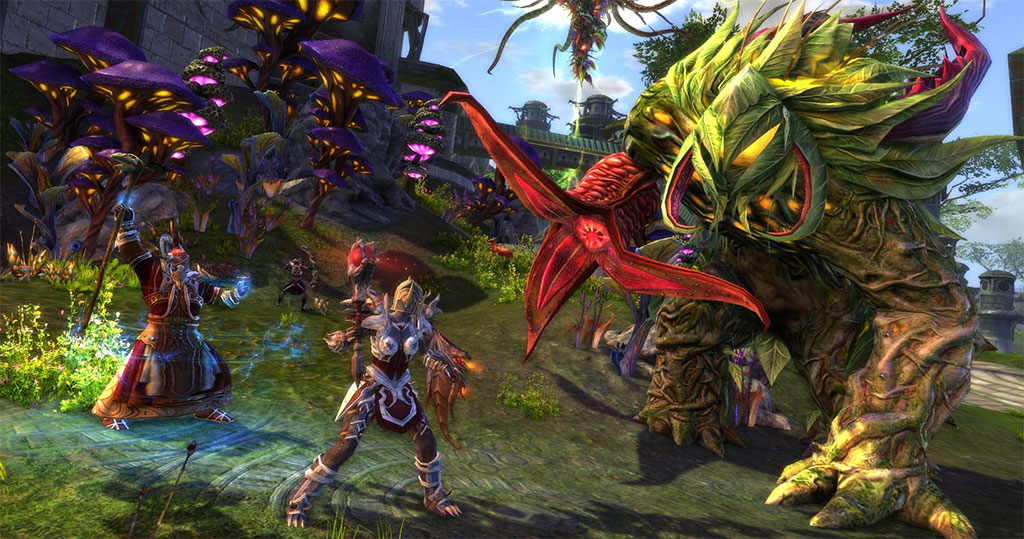 Rift, from Trion Worlds, was just like every other MMO out there for me, until Elder Scrolls Online hit the scene, I had never played an MMO before and barely even paid attention to them. To be honest, I was convinced they were not for me and that I would not enjoy playing them.

First, ESO strengthened its grip on me, then I started having some curiosity about some of the other titles out there. While researching one of them, I met this gamer named Foghladha, who offered his help and welcomed me into his gaming family, Gaiscioch.

After that point, I succumbed to the addiction that is online gaming and could not find enough time nor energy to play all the games I was suddenly finding out all about. Not making the situation any better for me, was a Twitch Stream that I started following, led by this same individual who welcomed me with open arms, Foghladha.  The Stream of Epic Adventures, it was called. It would present different games to the viewers and offer the chance to see a group of friends play through some of it, giving their insights and impressions along the way.

Needless to say, I ended up getting many of those games afterward, especially considering most of them were free to play.

It wasn’t too long that I started joining on some of those “other games” adventures from time to time. And this is where and when I first discovered Rift.

Foghladha was planning a stream of the game and called out to all interested players to join in with him for the event. All you had to do was to create a character and get it out of the tutorial area. The game piqued my curiosity. Unfortunately, the stream was a short burst of play, and I quickly put the game on the shelves, through sheer lack of time to invest in it.

Gaiscioch used to have a chapter in Rift before I joined the community, and in light of the upcoming expansion, there was a renewed spark of interest in the game.

So you guessed it...I reinstalled the client and started a new game, a new character and took some time to discover Rift for myself.

There are so many different levels of gameplay in Rift, that I believe it can be interesting to many types of players. The questing is straightforward and the group content is enjoyable although the details still confuse me to this day. Members of the community helped me discover the use of macros, the different builds, and their usefulness, as well as simply helping me realize just how much I need to spend time in this game to understand and experience it all for myself.

To this day, I am still torn every which way between ESO, GW2, Rift and so many other games, that it is quite difficult for me to be able to list them all off the top of my head.

I do know one thing though, and it is that Rift has won its place in my “playlist” and its world has grasped my imagination! I look forward to many more hours in this game and perhaps, at another time, I will let you know about some of the new adventures I had while playing Rift.