I was approached to write a review on The Division, but I'm not exactly an authority on game reviews, so I've decided to label this an opinion piece. What's the difference? My review is expressly labeled as an opinion and you can't call me bad names because you disagree. Worst you can do is say my opinion sucks. And it very well may.

Moving on! The Division is based the Operation Dark Winter - a real-world simulation that shows just how quickly society would break down in the event of a catastrophic outbreak. Massive Entertainment has painstakingly recreated New York City, and it's gorgeous. Ubisoft is known for publishing games with absolutely amazing reconstructions of places throughout history (see Assassin's Creed series) and Massive expands Ubisoft's portfolio splendidly in that regard. Though, admittedly, I'm struggling to see why the Tom Clancy name was tacked on, to be entirely honest.

The premise is exciting, but unfortunately, The Division doesn't really work hard to buck the trend of MMO-ish games and their lackluster story. I did enjoy it throughout, and it's absolutely worth the play for that alone, but don't go in expecting something absolutely incredible. I wish the story had been given as much attention as the premise and the incredible marketing/promotion campaign. I really wanted this to be my Game of the Year, and until release, it felt like it could've easily taken that spot. 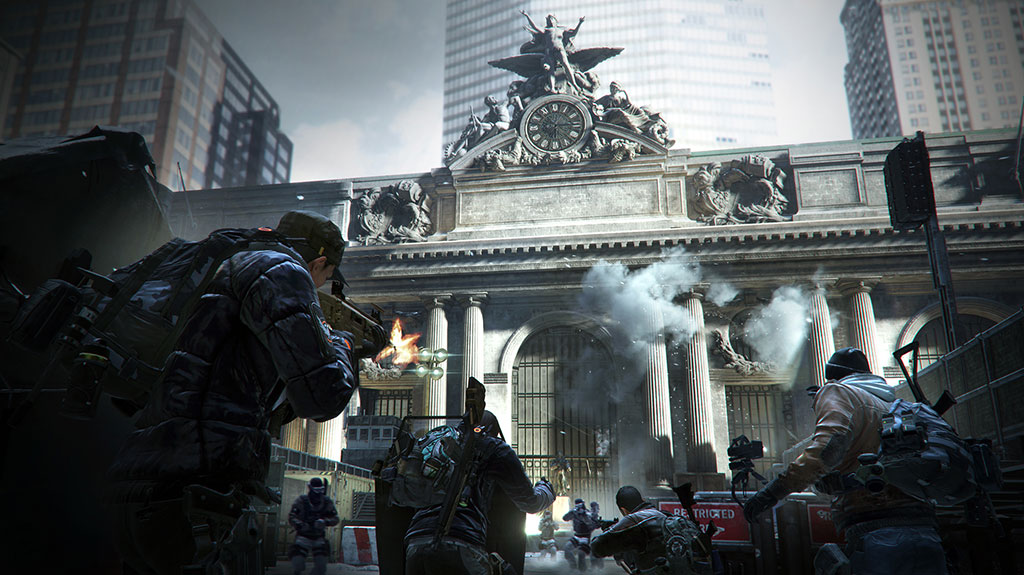 Let's start with character creation, shall we? You get a few basic preset choices for face, face tattoos, face piercings, face hair and... bah, I wanted more face stuff. Creation is seriously limited, but there is just enough to make something pretty (or rugged, for all you manly types).

After you're finished, you're thrown into a little tutorial area that has some creative ways of showing you the game. There's no look up and down and left and right and see if you can find the person standing in front of you nonsense.

Creating a real-world setting for this kind of game is no small feat. Zombies, vampires, aliens, and magical faeries do not exist here. Therefore, it's easy to get caught up in making the world and setting interesting, but falling short with enemy factions. How did all of these sanitation workers become psychotic pyromaniacs? How did a single person form a makeshift militia out of escaped convicts? You get some answers, but (almost in the style of Destiny) you're going to dig for it in collectables. They're interesting, and awesome to see the first few times, but they quickly lose their novelty. At the same time, it thankfully lends some credibility and immersion to the game's world.

I'm sure Ubisoft felt that a primarily multiplayer game would be a bad place to stick lots of cutscenes and narrative, and to a point that makes sense, but this is also an RPG. In that aspect, it sadly falls short.

I went into the Division planning to play solo, and I honestly feel I got more fun out of creating a backstory for my character than I did out of playing the game itself. The third-person shooter mechanics are, in my opinion, solid and fun. But I've never been fond of the endless quest for gear upgrades, and after finishing the story itself, that's what happens so you can thrive in the Dark Zone; a PvPvE area that, you guessed it, rewards you with more loot. While many find this to be a good thing, I was never fond of it. So that's something you might have to look elsewhere to get thoughts on as I never spent much time there. Fans of Borderlands and Diablo will feel right at home here, though.

I enjoyed playing the game much more with a friend, and I thank Izzy for being my guinea pig for this review. It's fun with friends, but it feels very tedious solo. Keep that in mind if you're primarily going to be playing by yourself.

The one thing I can say about the design of the game itself is that it makes you think. It doesn't hold your hand, so it can sometimes be unforgiving. If you go into it expecting to be at least a little tactical, though, you'll be alright.

In the end, Tom Clancy's The Division falls a bit short for a solo gamer that plays for story and immersion in a world. At the same time, it's a fun ride for what it is, and I can definitely recommend it. I just wish it would have been able to hold my attention for more than a single playthrough of the story.

This has probably been the most frustrating game I've written an article about - it isn't bad, don't misunderstand. It came so very close to being a masterpiece. The pieces are there, the atmosphere is incredible, the environments are gorgeous, the Dark Zone can be unpredictable and paranoia-inducing, the world design is some of the industry's best... but the implementation is sorely lacking. I'm hoping that in the inevitable sequel, Ubisoft and Massive learn from what they've fallen short on and make the next installment something truly amazing. 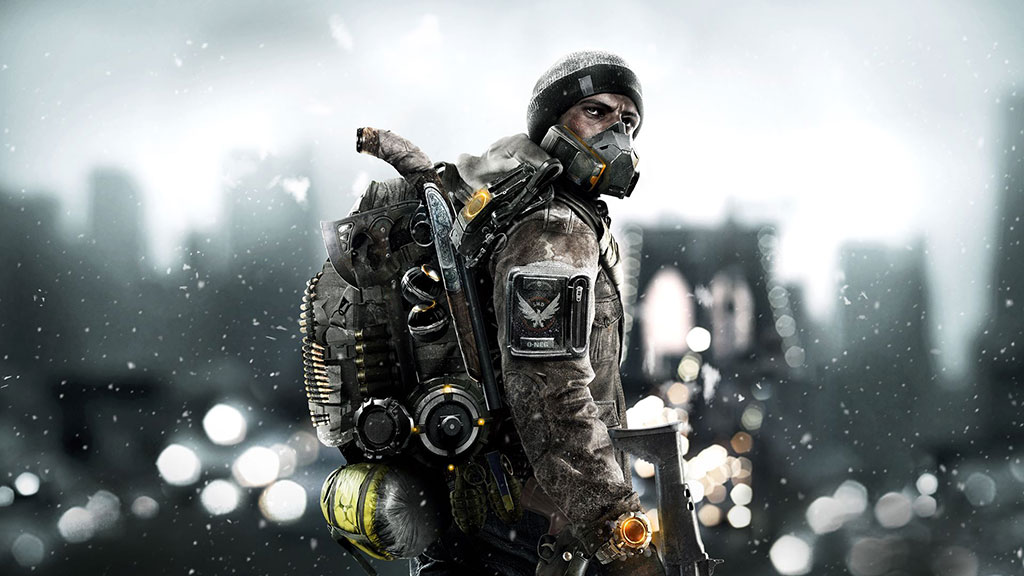