When I first heard the announcement that Max Schaefer was at it again, this time focusing on a Multiplayer ARPG from the Torchlight universe I was overjoyed. I have been following Max's career for a while as he created titles within the Diablo & Torchlight universe as well as created a little known game called Mythos that never "really" made it out of testing. It still today lives on in my heart as one of the best ARPG MMO's ever made.

So with the talent that brought us Torchlight 1 & 2 and a laser focus on bringing the Torchlight universe to a Multiplayer setting there's a lot to be excited about. From the moment this game was announced we've been knocking on the doors trying to squeeze every bit of information out. Echtra Games was kind enough to indulge our curiosity and agreed to a quick interview to discuss some of the burning questions we had. 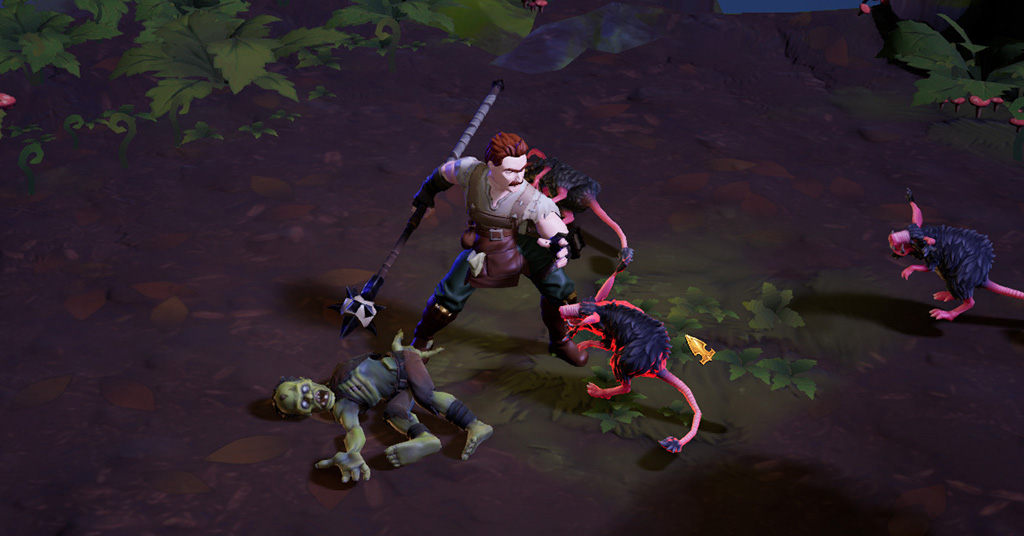 Before we get started can you introduce yourself and share with us what projects you've worked on and what your role at Echtra is?

I’m Paul Hobbs, the Community Manager for Echtra Games, and this is actually the first time I’ve been embedded in a development studio! I previously worked on publishing communications for games like World of Tanks and World of Warships. Much of my job at Echtra is to keep the community and the development team up to speed on what the other is thinking. Keep the two way chatter flowing, without becoming a bottleneck, you know?

There has been a lot of excitement surrounding Torchlight Frontiers, and a lot of players are curious how what began as a single player action RPG, will translate to a massively multiplayer environment. What can you tell us about the general gameplay when it comes to a multiplayer setting?

When our founder and CEO, Max Schaefer, created the original Torchlight series with Runic Games, he always knew that he wanted to evolve the franchise into a multiplayer live-service game. That’s where Torchlight Frontiers comes in. It combines all the pillars of a standard ARPG with a shared world that features both persistent and instanced elements. We think the experience is enriched by other players, it’s great to go adventuring with your friends or to make friends while you’re adventuring. 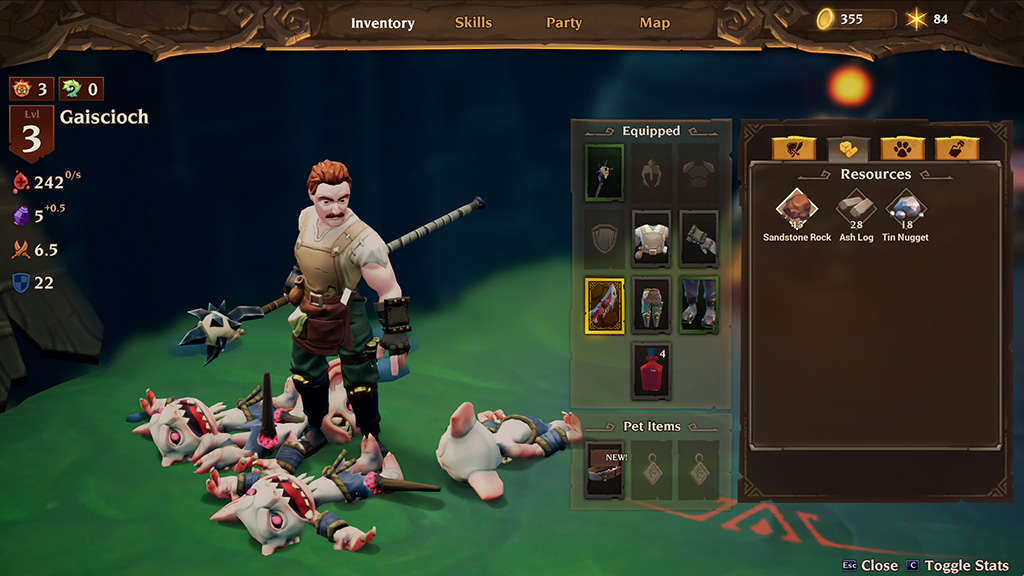 Will there be crafting and if so what types of professions will players be able to master?

Crafting will be available in Torchlight Frontiers. We’ve recently adjusted the requirements of this system based on community feedback from our first two alpha tests. Players will still be able to collect natural resources to help them craft essential items like Relic Weapons, but it won’t be as heavily emphasized as it was in our earlier builds. Right now crafting isn’t tied to a specific set of professions, much of the crafting centers around making cool stuff for your Fort.

How will Guilds work in Torchlight Frontiers? Will there be guild size restrictions and will there be any sort of guild progression?

Currently our team is laser-focused on developing the core gameplay experience, which doesn’t include guilds. One of the great things about Torchlight Frontiers being a live service game, is that we can keep growing the game and adding new features well after launch. That being said, we do want to build features that reward the social aspects of the game experience; it may be that guilds (or something like it) are part of that future solution.

Will you have your iconic Torchlight pet companion in Frontiers? Will it have the same functionality of being able to buy and sell things from the merchant so that you don't have to travel back to town? Will there be any new features we can expect from our favorite companion?

Absolutely! Pets have been an essential part of every Torchlight game and Torchlight Frontiers is no different. Right now players can choose from an alpaca, owl or dog to accompany them on their adventures. Like the previous games, these loyal companions will assist in combat and can help transport items. We have some other plans for pets that we hope to reveal soon. 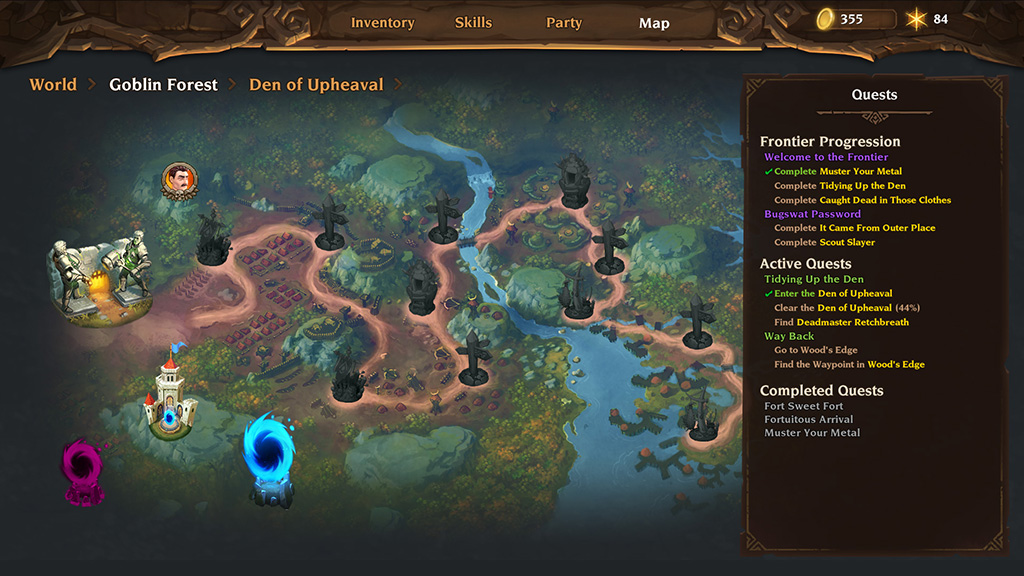 How large can groups be when adventuring?

After extensive research and testing, we’ve settled on 40 players for large hubs like cities and 8 players as the limit for public adventuring areas of the game. In the past we’ve allowed up to 20 players in these areas, but it was a bit too overwhelming. For instanced dungeons, we’ve settled on limiting private parties to 4 players.

Can you tell us a little about fort creation? Will these be private or be a place of social gathering as well? What types of features will we have tied to our fort?

The Fort System is our way of providing players with a base of operations and a small part of the Torchlight Frontiers world that they can call their own. Each structure is fully customizable, allowing players to choose from different decor and layouts. With each Fort, players will have access to different buildings which give them access to important features like Skills, Crafting, Storage, Relics and Mapworks. While players adventure through the world, they’ll be able to visit other Forts to take advantage of these same features while they are away from home. Not only that, but you’ll get inspiration for your own Fort by seeing what others are doing with theirs! 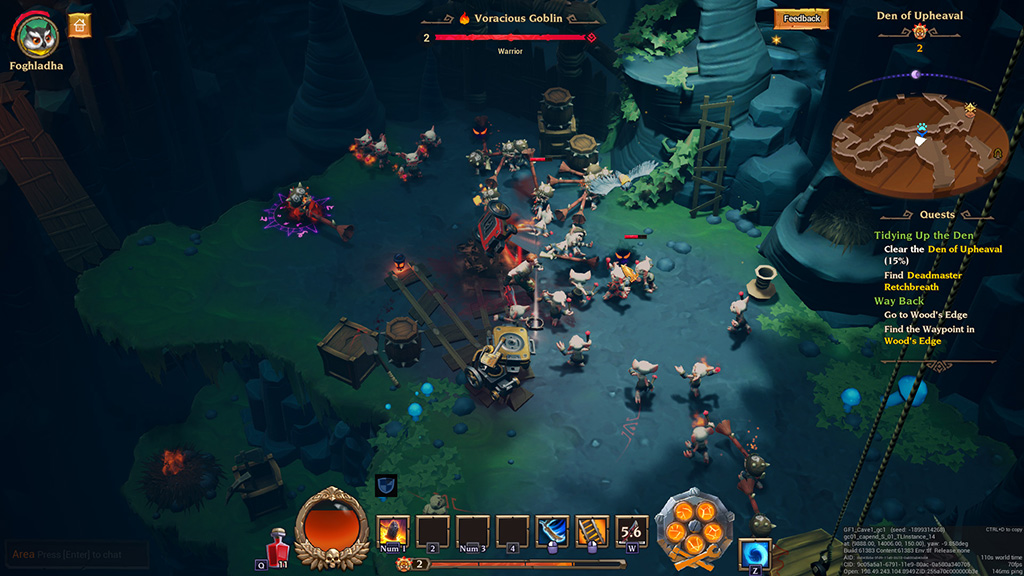 Will there be any PvP in Torchlight Frontiers and if so can you discuss what types of PvP players can encounter?

Similar to what I mentioned about guilds, we are focused more on the core gameplay and features that define a traditional ARPG. We are experimenting with competitive gameplay modes, but PvP isn’t something we’re focusing on.

I understand Torchlight Frontiers will be available on PC, PlayStation 4 and XBOX ONE. Will there be cross-play now that Sony has dropped their restrictions?

We would love to offer players the option to battle the Frontiers with their friends across multiple platforms. We’ll need to explore whether this is possible closer to launch. 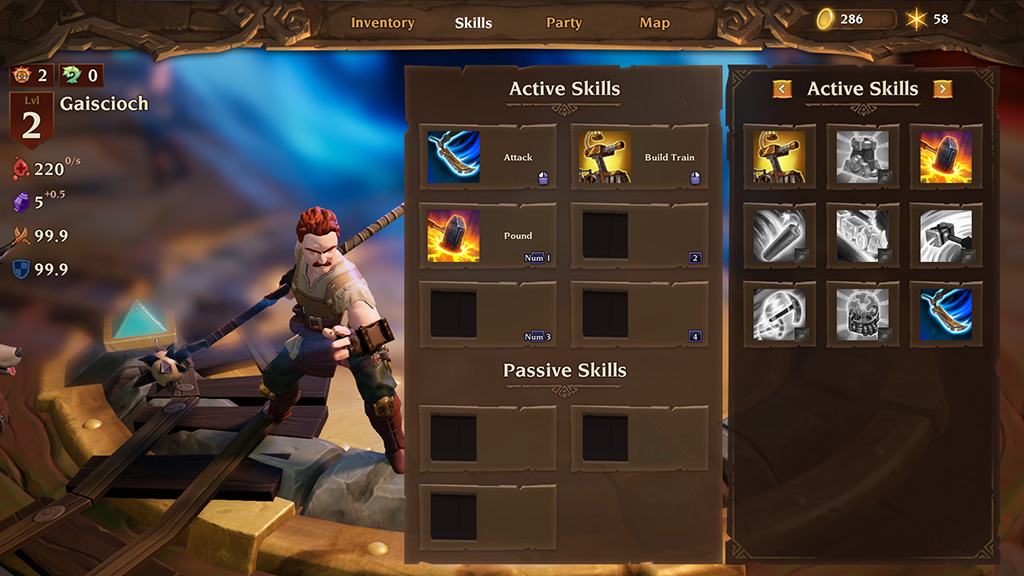