Pianoimproman is Scheduled to be a special guest http://www.twitchcon.com/guest/pianoimproman/
at TwitchCon, which runs from Sept 30 to Oct 2nd 2016.

Pianoimproman and Pianoimpromom, ah what can I say about two people that so many love.

Hard to bring the love and feeling these people bring to life on twitch.tv , the love resonates through the speakers into the homes, living rooms and offices of people that maybe just clicked a link to see what it is all about. Then viewers find themselves in a world that.... I will steal the lyrics from the song the candyman and do my own improv ....

Cover it with Lyrics and a Improv or two 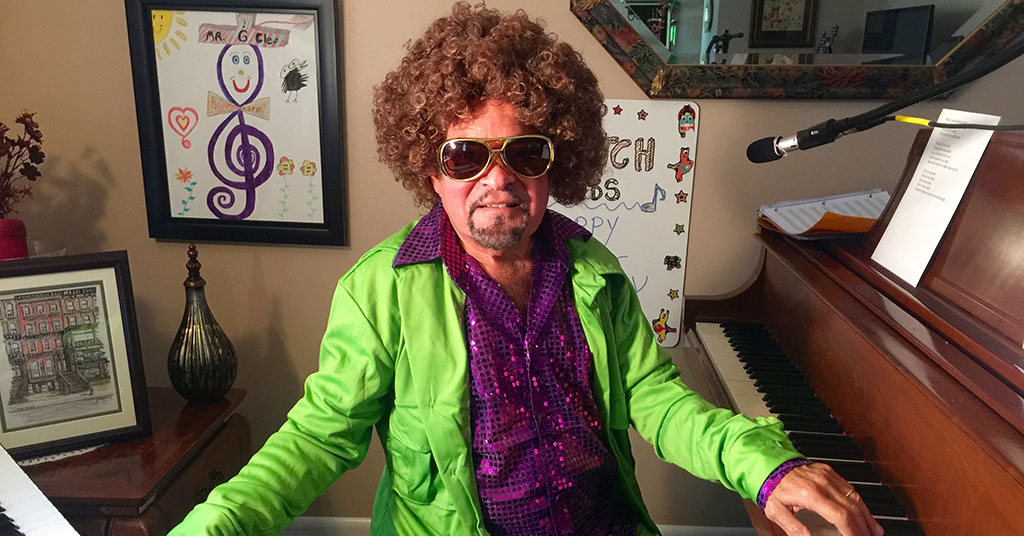 The Pianoimproman Stream is an interactive venue between the viewers, Pianoimproman, Pianoimpromom, our pups, Mods & as we call everyone our Twitch Family. One of the unique talents that Pianoimproman has is his ability to compose on the spot, "Improvise" in any style of music. He only needs to listen to a song for a few seconds and can then perform the piece and embellish on it in his own magical way. He plays ALL styles of music in any genre requested. He is also a professional singer and composer.

Our Moderators and viewers are very actively involved in the stream throughout the chat. This involvement is not only music related, but we have developed very close and personal ties and relationships with so many of our new friends. Pianoimproman accepts requests throughout the stream which are improvisational covers and many times he creates an original piece of music. Mindy interacts and chats with the stream continuously. She directs the contents and order of the songs that Pianoimproman performs. 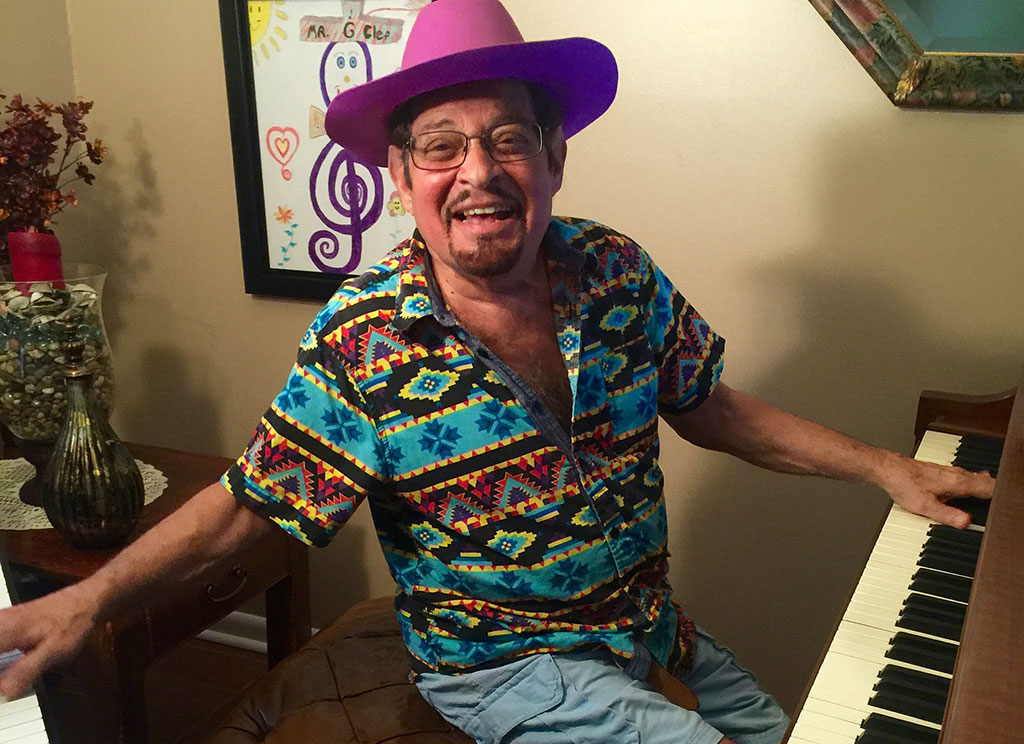 How they found Twitch :

Their 22 year old son, Max told them about the Twitch.tv in July of 2015. They both loved the idea of performing, interacting and again working together on this new venue. Pianoimproman became partnered with Twitch in October of 2015, only 3 months later.

As a child, Involved with acting or sports?

Bernie: I have been playing piano since age 3. He is now 71 years young. Performed professionally in the New York Metropolitan area for over 50 years.

Pianoimproman did not excel in any sport as a child, but occasionally enjoyed playing tennis, handball and badminton.

Mindy has enjoyed swimming, biking and basketball. They were not involved in acting, but their oldest son Josh is.

Any hobbies outside of music? ( pets, fishing,camping, cooking? )

Both Pianoimproman & Mindy share many of the same hobbies such as love of animals, nature, swimming, cooking, going to the beach and collecting shells, shopping, movies, comedy, concerts and the theater. Most of all, they love just being with one another.

If you could pick anything you have not done in life what would it be?

Bernie: I would have loved to invent amazing, exciting and helpful medical inventions.

Mindy: I would have gone to Law School. 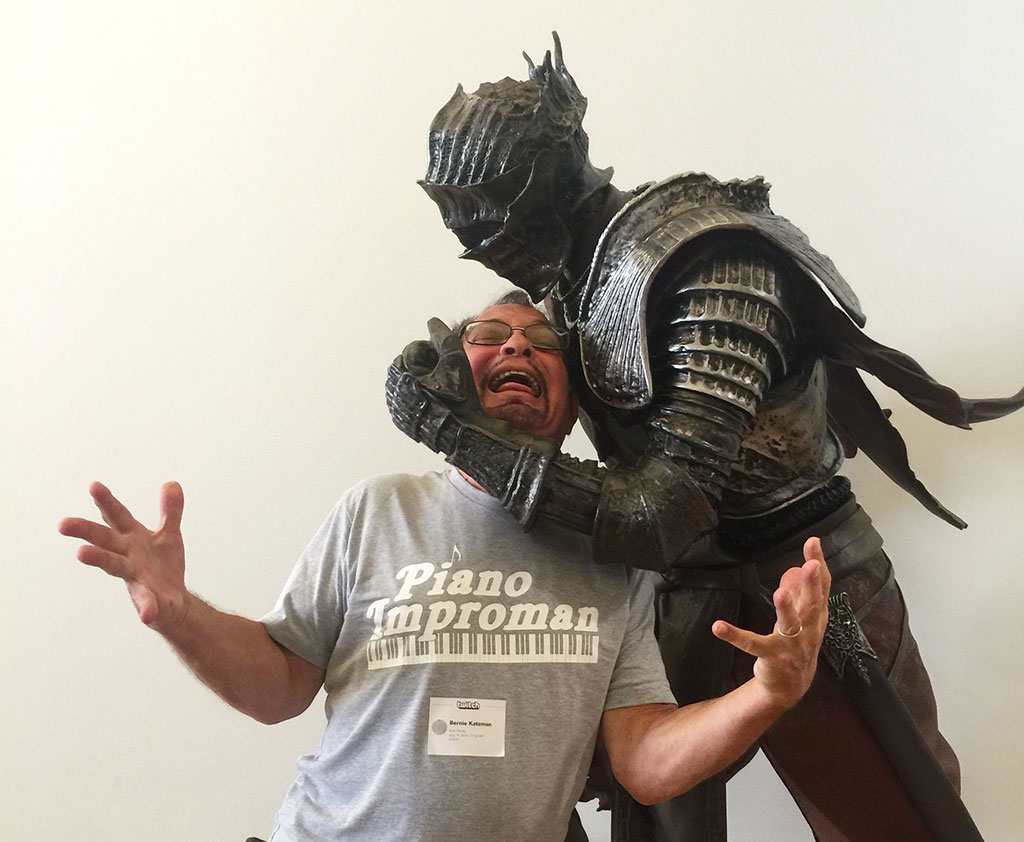 Was learning how to set everything up for your stream difficult? and how has that come along?

Our son Max set up the entire stream for us. Over time, Pianoimproman and Mindy have become more computer savvy and literate. When any technical issues come about, their number one moderator, VBJangles is at their rescue. They have received extensive assistance from their additional moderators, such as Upset Droid and Motorvor.

Our oldest son Josh assists us with vines, YouTube, Instagram and other means of Social Media. Max moved to San Francisco 2 months ago, but is always available to help, he is only a text or phone call away.

My personal favorite charity is WhyHunger.org, Do you incorporate any charity into your online/offline presence?
We will be having a Charity event in the upcoming month, sponsoring the American Diabetes Association.

Mindy is a professional Registered nurse and the two of them have worked together before this stream came about, providing Music Enhancement , performance and musical activities for Seniors with Alzheimer's Disease & Dementia.

How do you feel about your channels viewers?

Our channel viewers are not just members of our streaming audience, but many have actually become very close friends and an extension of our family.

Did you have professional training? college or broadcast school?

Mindy: I studied at Hunter College and received her Bachelor's of science degree in nursing with a Minor in Psychology.

What do you love about life?

Bernie: Living, Loving, Giving and everything else.

Mindy: Sharing it with the love of her life - Pianoimproman, her children and pups.

If you were a tree what kind of tree would you be?

We both share the same tree answer. We would be an Orange Tree, soaking up the sun and spreading sweetness and sunshine to all. 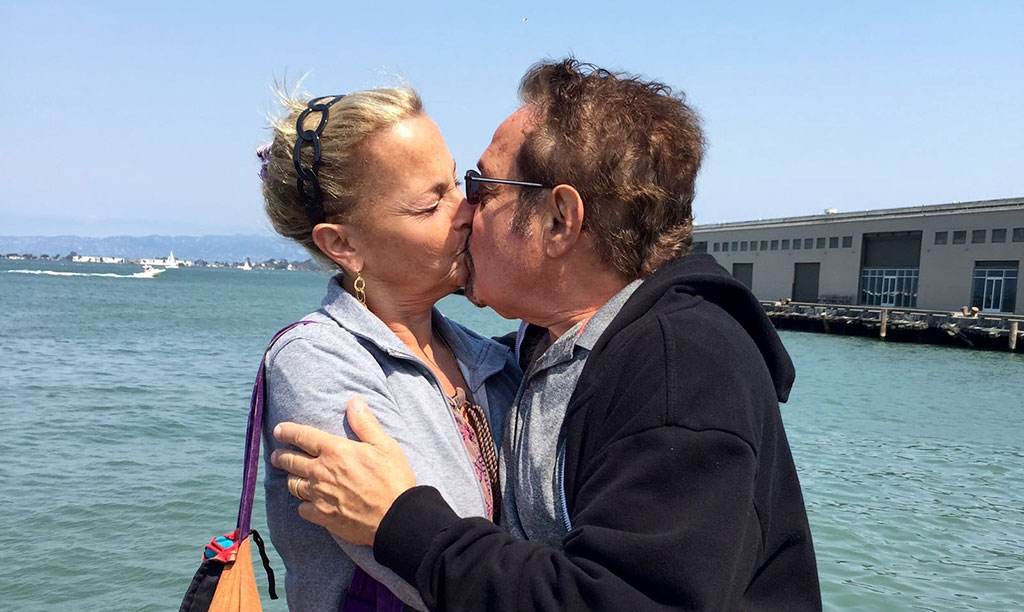