What Makes Fortnite So Addicting? 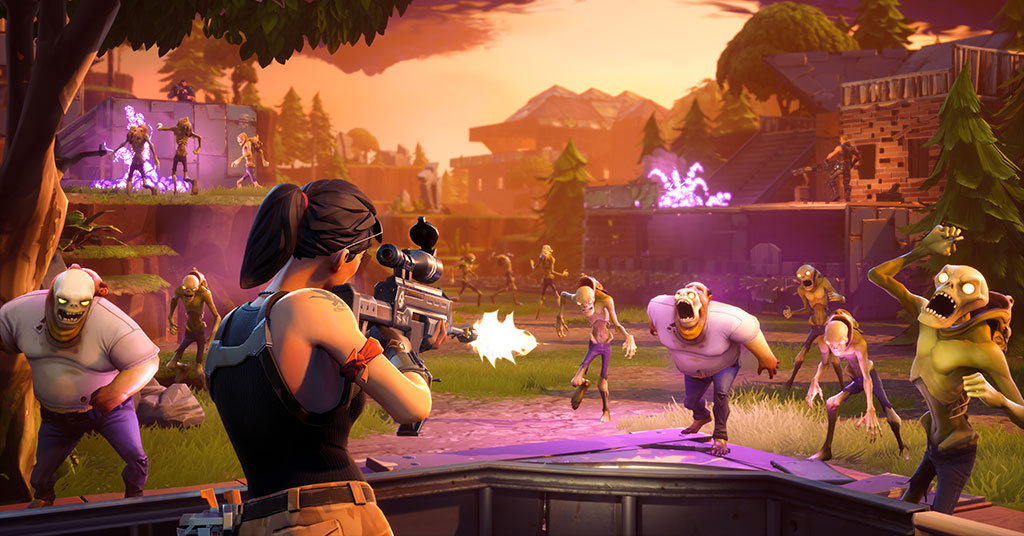 For a while now I've been following the development of Fortnite, a new action rpg filled with tower defense scenarios, loot collecting, and even base building. Fortnite provides a highly entertaining mix of crafting, construction, and termination. Like those old forts you used to build with Lincoln Logs and Legos, Fortnite allows you to construct your own bases and put them to the test against waves of Husks.

What is it that keeps us coming back? There is something with this little gem that compels me to login everyday to play a few rounds. It's not the daily loot rewards as so many other games offer those. Is it the base building that gets me or the wave after wave of carnage? I can't really put my finger on it but something in Fortnite grabbed me early on and I can't seem to put it down.

Now this past month they released Battle Royale, their free Person vs Person mode which pits players against 100 foes in an all out Hunger Games format.  I miserably suck at Battle Royale, however I keep coming back for more. Like a 10 year old playing his older cousin, I keep rushing back into battle hoping to be the last man standing. Time after time I get sent home before the top 10. To date my best match was one I never did find a weapon. I hid in a teepee I built in the middle of a field and hoped nobody would find me. Someone even came and wacked on it before they were shot. Alas the wall of demise came and I had to make my move. Promptly being sniped from afar before I could get away.

But even though I never win, I keep finding myself longing to give it just one more try. It's a good formula and the ability to watch or move on to your next match is a huge blessing compared to the Ark: Survival of the Fittest take where you had to sit and watch everyone else until all were dead. This keeps you in the action and keeps you from stepping away and getting distracted with something else. There are many games on the market that follow this 100v1 format, however Fortnite is the only one that has compelled me to keep playing.

In the base game you'll find several PvE battles to be faced. From Survivor rescue missions to launching a satellite van, the missions range in objectives. The first tier of the game gives you just a handful of different situations to get you started. As you advance new missions types are unlocked. In addition new areas are also unlocked giving you more bases, more challenges, and more unique recipes to craft.

Ok I'm as guilty as the next guy. Hitting those pinatas is fun. I don't know why, they just are. Throughout the game you will gain Pinatas of various sizes which when cracking them open will provide you with schematics, people, and resources for the fight ahead. Occasionally you can hit them and have them turn silver or gold which means you'll be collecting quite a bit of extra rewards with that lamma. There are mini llamas as well which will give you 3 to 5 rewards. 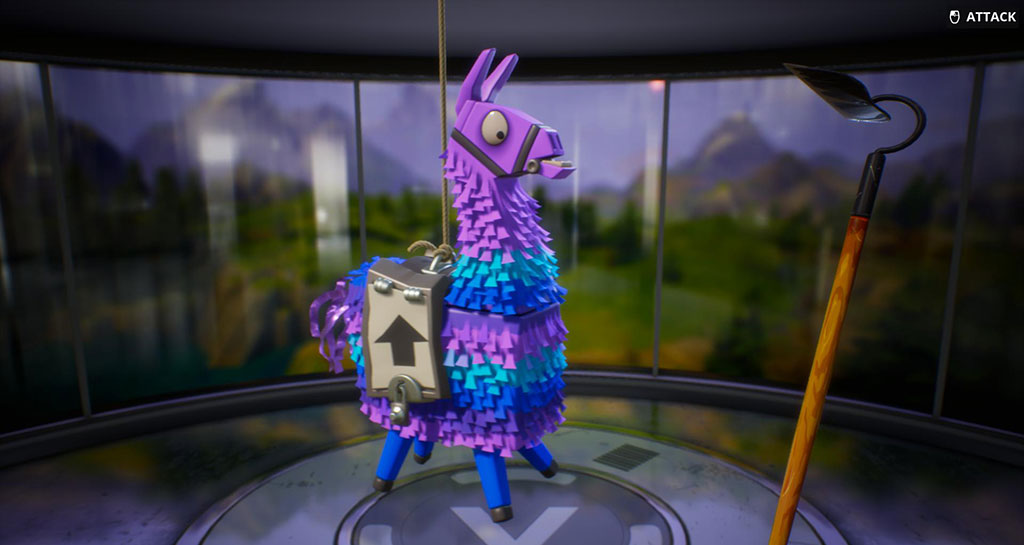 One of my favorite parts of the game is doing missions to collect resources to build up your very own fort, which you'll have to fend off waves of Husks to upgrade.

One strategy I found with building bases is to build a giant pyramid over the defense node. At the foot of the pyramid place a circle of floor traps on metal floors. The row after the floor traps, moving away from your pyramid, build vertical wooden walls that are perpendicular to the pyramid as to not impede the flow of enemies. Upon these walls add a ceiling, then add one Shocking Trap to the roof and arrow launchers moving horizontal.

One thing to remember is that if any wall stands in the path of the Husk, they will begin attacking it instead of walking through your traps. By creating easy lanes for them to walk and be obliterated you will keep them from blowing up your walls and breaking your traps. You will still have to worry about bashers and the gas can tossing heavys. They tend to make short work of your wooden paneling.

Your best bet is to experiment. Try something and see if it works. You never know you might just find the perfect defense.

There are several types of weapons in the game, sorted into 2 categories, Melee weapons and Ranged weapons. It's very important that you always keep a melee weapon handy as there will come a time when you run out of ammo and can't craft anymore. At this point you really don't want to try to use your crafting pick. You can find or craft these weapons. 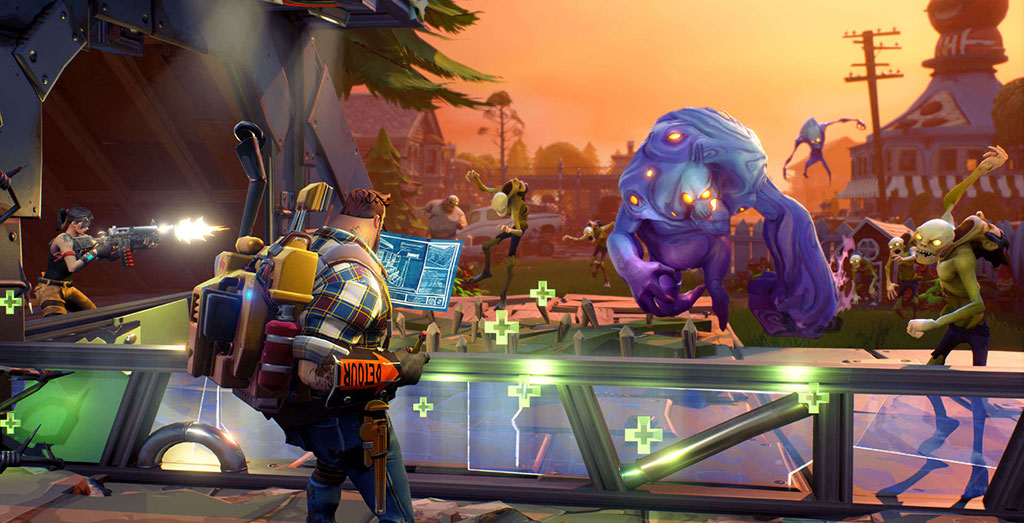 One of the really cool things about Epic Games is that they love to experiment with game modes. You may remember back in the day a game called Unreal Tournament. Their history of making entertaining encounters that keep people coming back goes back to the 90s. They historically have been known to experiment with odd ideas, whether it's for a temporary game mode or something new like the Assault maps that were introduced into Unreal Tournament, which were the first of their kind.

Fortnite is no exception. So far in early access there have been 2 different game modes added to put players skill to the test. In the most recent rendition they even added a skill tree specifically for this game mode allowing players to progress within it. The Survive the Horde mode allows 4 players to build up their base in a safe area before taking it into battle with them. They begin as a small 3x3 cube with limited resources. As players level up and progress their Horde skill tree they will be granted more resources and units to design in expanding to an eventual 9x9 grid.

Now these matches do take quite a while to complete as you will have to survive 10 waves of enemies with a number of different modifiers added to the wave. But in the end this is the only way you earn skill points to upgrade your Survive the Horde bases.

I have no doubt this is just the beginning for Fortnite and there will be many additions over the coming months and years. For now I look forward to running across your path. If you play Battle Royale, you might just appear on my stream, viciously murdering me. It's ok I'll respawn!

#5: What is with the Pianos in the attics? How does it even happen!

#4: I know violence is on TV, but how do TV's have so many weapons and ammunition in them?

#3: Is there a secret organization of lawn gnomes we should be aware about? They look suspicious.

#2: Is every buried person a superhero? Burial plots only yield an excessive amount of bullets. 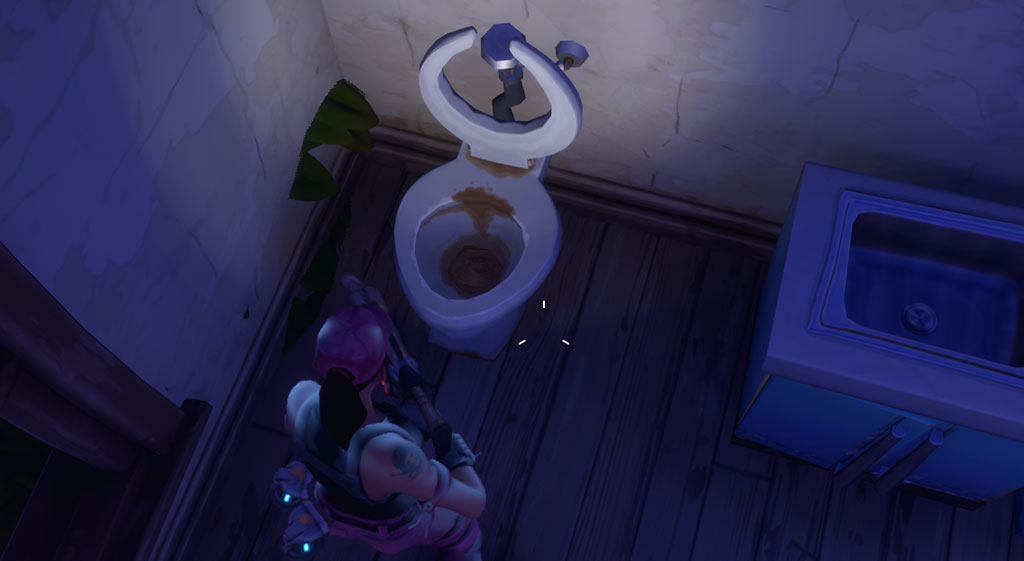 Everybody loves building forts. Whether it was blankets and couch cushions, or building a fort in the woods by your house, you and your friends could spend Saturday afternoons hiding out, or repelling monstrous hordes of imaginary creatures. This idea is universal. It’s everywhere in stories and movies. It’s Harry Potter defending Hogwarts from Voldemort's army, and Aragorn, standing against the orcs at Helm's deep. This idea inspired the rich, colorful world of Fortnite, where you and your friends are Heroes, building forts and making a stand against hordes of monsters, and of course, blowing them up.