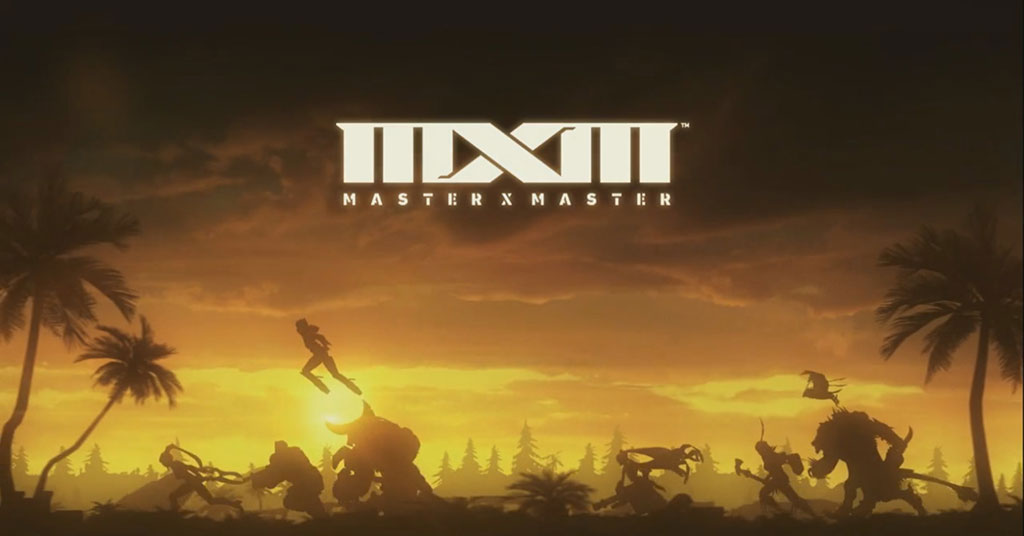 Earlier this year, I was lucky enough to get a glimpse at NCSoft’s newest property, Master x Master. Several months later, the first western alpha test went live. Between 24 June and 27th June, the general public sliced, shot, and pummelled their way through everything that MxM had to offer. While the game servers strained under the weight of expectant fans, I took the opportunity to revisit an intriguing title.

Taking place sometime in an unspecified future, MxM finds Earth decimated by the SYND, a hostile alien force. Who are the galaxy’s only hope against this destruction? A mismatched group of heroes, known as Masters. This thinly veiled pretence holds out just long enough to get players into the game, throw in a bunch of colourful characters, add some weapons, and proceed to let off a whole heap of explosions. A deep narrative vein is hardly critical to games like MxM. Other contemporary MOBAs such as Heroes of the Storm, SMITE, Paladins, and even Overwatch dispense with lore almost as soon as the shooting begins. MxM is no different. Even the mandatory tutorials are unencumbered by superfluous detail. The game shoves a gun in your hand, teaches you how to pull the trigger, and releases you into the game lobby. From here on in, the action begins.

The central lobby, known as the Dredgion, provides direct access to the majority of the game’s content. A plethora of PvE instances are accessible, from the lush forests of Karith to the dystopian wasteland around Nuuran. Difficulty varies from a placid story mode, allowing players to ease themselves into the game, through to Nightmare encounters, which can become incredibly painful. Even during story mode, destruction reigns as parties of up to three players blow through a wide variety of enemies. Cannon fodder spawns with such frequency that there is little time to get bored while running dungeons in MxM.

One of the more unique elements of MxM’s dungeons is the inclusion of content from NCSoft’s existing library of titles. Player characters from Lineage II, Aion, Guild Wars 2, Blade & Soul, and Wildstar rub shoulders and cross swords with the new heroes of MxM. Mondo Zax, Rytlock Brimstone, Pohwaran, Kat the Cat, and Jinsoyun are just a selection of the Masters borrowed from more than a decade of gaming. It is an approach that has worked wonderfully for Blizzard, with Heroes of the Storm, and it seems NCSoft are merrily following this path. While the inclusion of fan favorites from other titles is a fantastic way to appeal to NCSoft’s existing player base, MxM’s dungeons are where this approach really thrives.

Aion’s Fire Temple was open to players during the alpha event, featuring an appearance by Kromede the Corrupt. As a lapsed Aion player, this tweaked all sorts of nostalgia for me as my party navigated the instance revealing nuggets of lore that I thought I’d forgotten. Blade & Soul’s Blackram Narrows, and The Ant Nest, from Lineage II, have already appeared in Korea and if you look hard enough you might even spot some familiar faces in the lobby.

This game’s action combat works equally well during PvP. Competitive play comes in two flavours, both of which are indistinguishable from other MOBA titles. The rules of the battle arena are simple. The teams face off against each other in a race to kill more of the enemy team than they kill of you. A shifting configuration of obstacles keep things from getting too repetitive and the constrained size of the area results in a frantic push and pull as the battle swings back and forth between teams.

The Titan Ruins is an altogether more tactical game which closely replicates the type of gameplay saw League of Legends reach astronomical heights. Two teams, once again, battle across a map containing all the elements that have become typical of a MOBA. Creeps march across a series of lanes, colliding with defensive towers, while players skirmish to push the tide of battle using all of the maps available bonuses. These bonuses include a series of heroic warriors and the Titans. Massive lumbering NPCs that can smash through an enemy's defences. Spawning every hundred points, Titans are a regular feature that keep matches from becoming stale. Once again, this mode of play is far from innovative but it is already exceptionally polished and a great deal of fun.

Steering Masters through the narrows of a dungeon or crushing another team in PvP has not fundamentally changed since my preview in January. Players continue to control a set of two hot swappable characters using a standard WASD configuration and a small set of active abilities. Many recognisable elements of combat from NCSoft’s MMORPG line up are present, including sprinting, dodges, healing, crowd control, taunts, and combos. Character power and skills are customisable with around twenty six stats influencing each Master’s performance. These can be enhanced using the game’s node system, allowing players to slot character boosts such as dexterity and defence. Weapons and skills are also upgradable, while three classes of augmentation, Kinetic, Helix, and Ardent all influence a Master’s success against specific types of enemy. These features are reminiscent of Wildstar’s stat system upon launch. Upgrades seem incredibly layered, with a number of disparate naming conventions. However, MxM compensates for this is by ensuring stats have little negative impact on casual play and by summarising the maze of information using one succinct heading, Playstyle.

While MxM cannot be described as truly original, it is a genuine joy to play. Content is accessible, varied, and well-paced. Rather than produce a derivative copy of other successful games, the team at NCSoft has taken existing ideas and polished them, creating an engaging variety of content that never slows down or feels like a chore to play. If you have flown through the skies of Atreia, staked a claim on Nexus, or entered the mists of Tyria, then you might also want to check out MxM during the next testing cycle. You can sign up now, or find out more info, on the official website.