Over the years, we have seen great diversity in the roleplaying genre. However, one thing that remains constant is that most RPGs place you in the role of some pre-ordained hero who is destined for greatness. Outward hopes to tell a different story. A story of a humble adventurer who builds their legacy from the life of a common man. Your story is your choice. There is no narrative pushing you in the direction of stopping some pending doom. It's all about choice and consequences. Like an endless choose your own adventure game with limitless replayability. Every playthrough is unique and personal.

We had a hands on a few years ago and I had the opportunity to play a dungeon with Guillaume Boucher-Vidal in splitscreen coop mode. From what I played it felt a lot like a combination of the best parts of Gothic, Dark Souls, and an Elder Scrolls game. Combat was fluid and responsive, the pacing was good and consequences were very much a gameplay mechanic you cannot ignore.

We were given the opportunity to reconnect with Guillaume and ask a few questions about Outward.

Thank you for taking the time to speak with us. First, I'd like to ask you to introduce yourself and share with the community a little about what you do at Nine Dots Studio.

Hi there! My name is Guillaume Boucher-Vidal and I am the CEO of Nine Dots Studio and the Creative Lead on Outward.

How large is the team working on Outward and how long have you been working on this idea?

We’re a fairly small team. Our team is currently comprised of 10 people and we went as low as 6 for a large part of development, which lasted for a bit over 4 years. 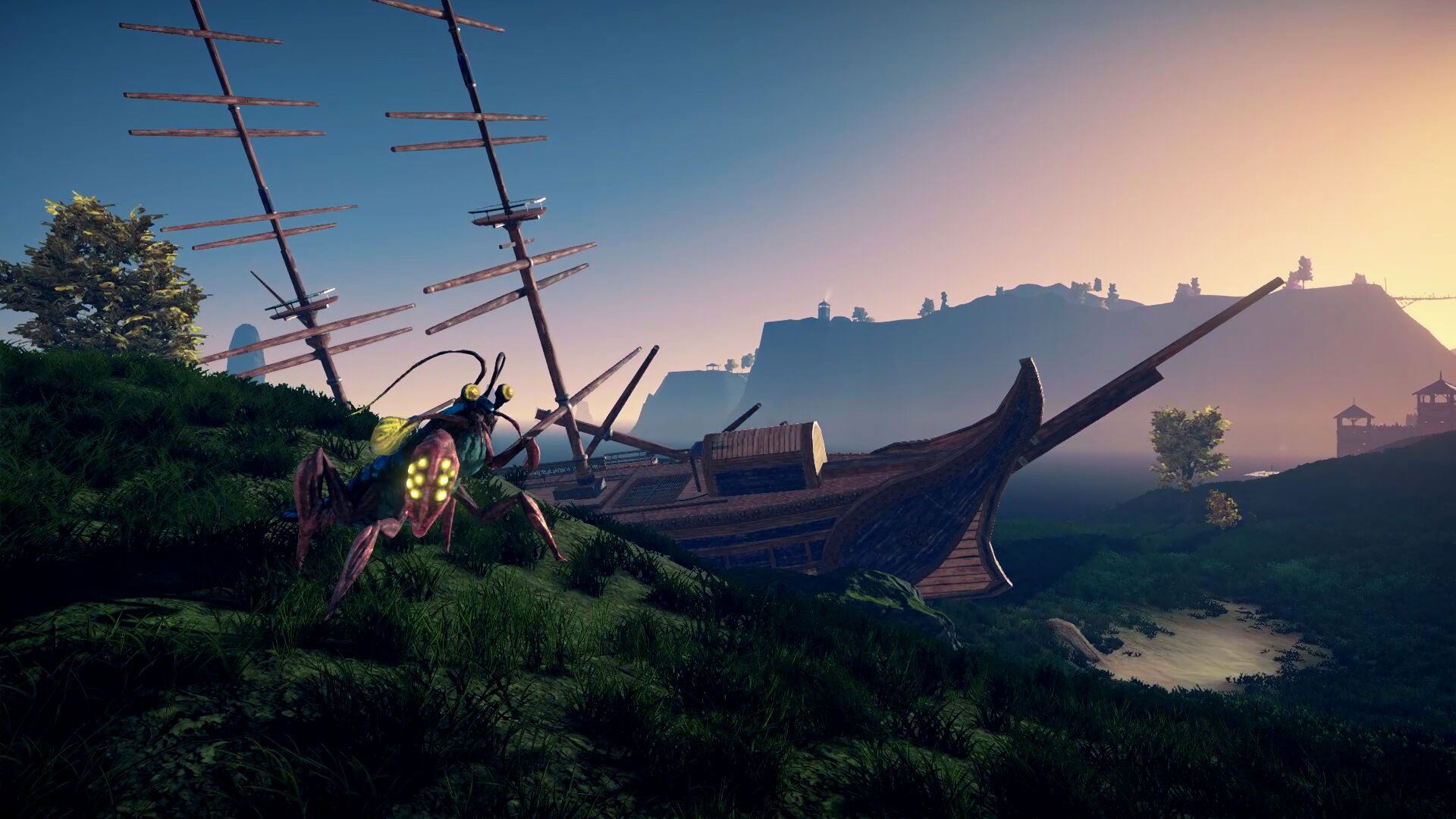 When you set off on the epic quest of creating your own game, what motivated you to stop dreaming about it and start making it happen? Where did you find inspiration?

The team was talking about RPGs and what we liked in them and what changes we’d like to see. Everyone was engaging the conversation and it was very inspiring to see. Expecting to be told to forget about it, I asked Pierre-Tuan Vallée, our lead programmer, what kind of compromises would be necessary for a small team like ours to make a game in that genre. After a minute, he simply replied “We can do it.”.

It would have been very hard to convince me not to do it after dangling the carrot in front of me like that. We made some careful estimation on the amount of work to do, made a prototype in a few weeks and kept moving forward until it was done.

Can you share one challenge that popped up along the way that seemed too difficult to conquer, but you eventually were able to defeat?

One of the hardest challenges was marrying split screen and open world exploration. Making both players able to go anywhere meant having to load up pretty much the entire region on the memory, and Unity’s tools to create terrain aren’t the best. We had to redo the same region 4 times before finally nailing it. We are a very methodical studio and try to avoid waste as much as possible, so it was a rough hit on our morale to have to start over so often. 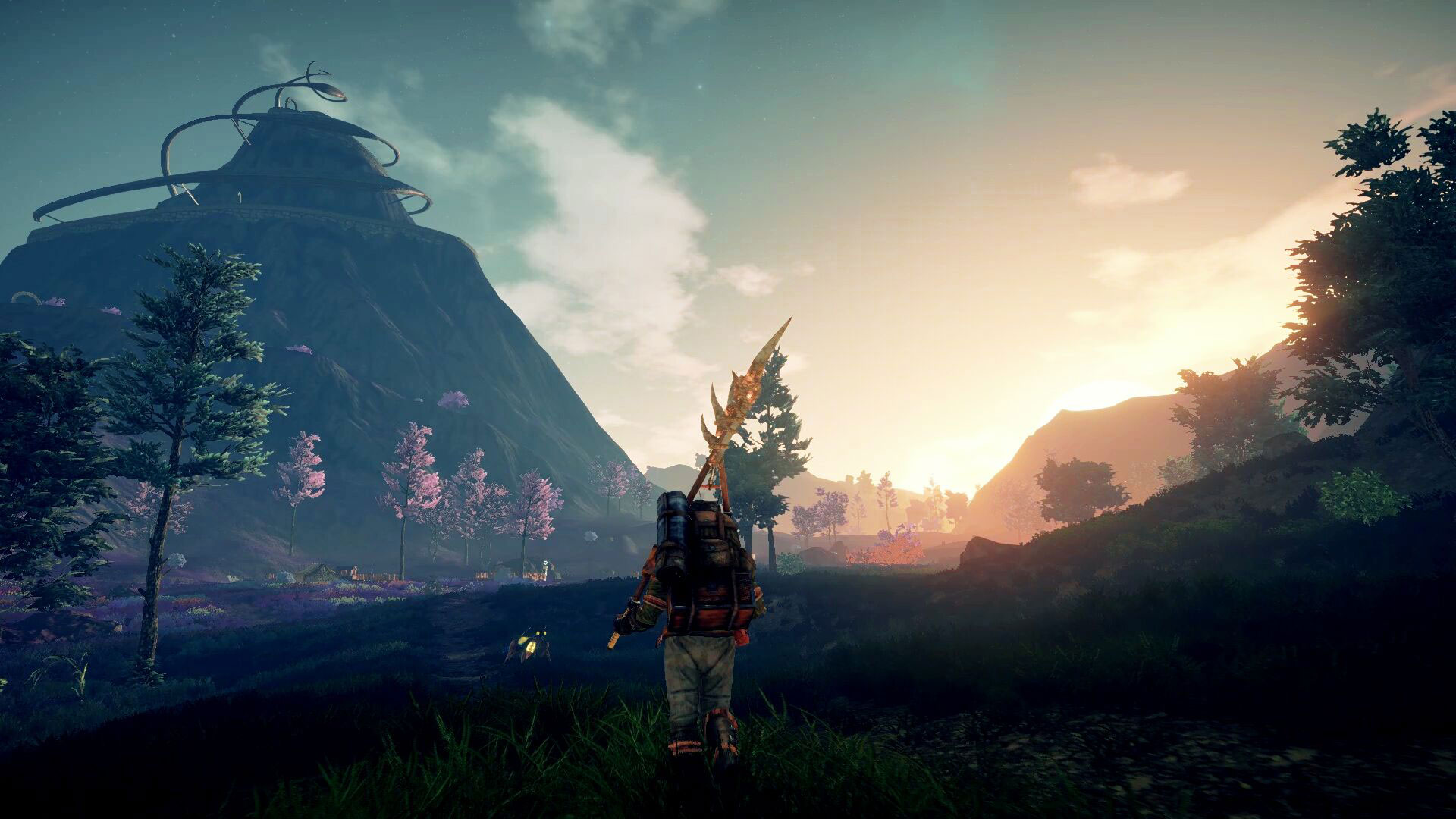 In Outward you don't play as a "hero" or "chosen one." What inspired you to take the path less traveled and base your protagonist on ordinary people?

That one is very simple: I don’t play games to be powerful, I play games to be immersed in another world. The fact that I am forced to always be this conveniently overpowered character every time has always made the experience less credible to me. It’s also a matter of points of reference. By keeping things on a more down to earth level, it also makes it more relatable, so I am more likely to forget that it’s a game. I made the joke a few times that I don’t know what it’s like to fight a dragon, but I know what it’s like to be hungry. So if I fight a dragon while I am hungry, I can relate a bit more with the character.

I understand that Outward can be played solo or with a friend. How does the multiplayer mechanic work? What changes when you include a friend in your adventure? How does character progression work in multiplayer?

There is a host and another player joins into the host’s world. That other player can either load another character or start a new one from scratch. Both players will keep the items and skills they obtained during their playtime together, however only the quests of the hosts evolve. 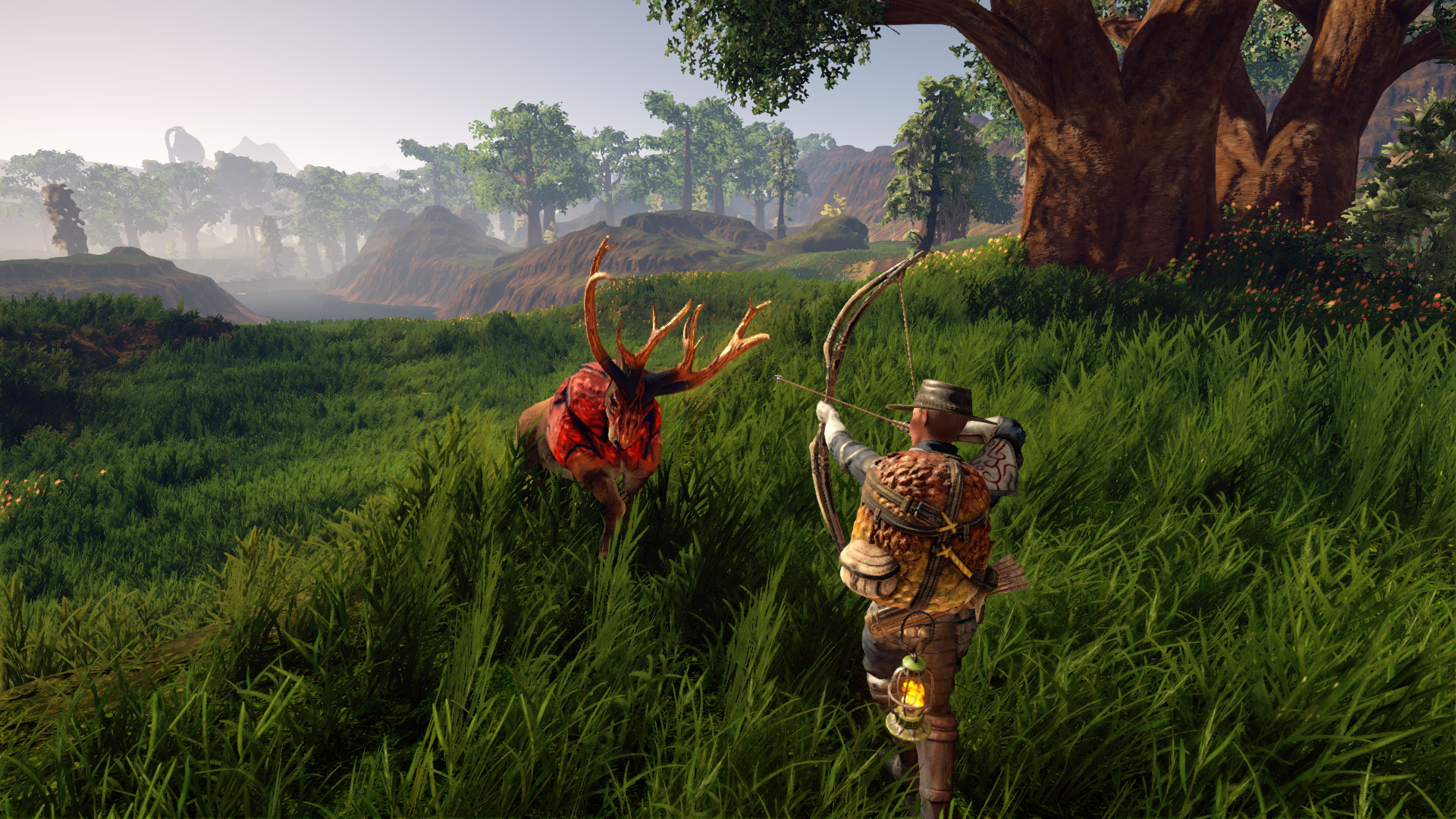 The game changes every time you play because there are multiple storylines and you can only complete one per playthrough. Not only that, but within those storylines there are choices that can change the plot, sometimes with catastrophic consequences. Moreover, there are a lot of randomized events; there is random loot in most chests and whenever you are defeated, a defeat scenario is chosen at random from a list of scenarios that fits the context of your defeat (such as what enemy was closest to you when you were defeated or where you were). The culmination of those elements means that no two players will have the same experience and story to tell.

What type of crafting systems can be found in Outward?

You can craft weapons, armors, traps, ammunitions and more using the materials you find along the way, and you can deconstruct many pieces of equipment to get new materials as well. You can also cook or do alchemy using either a cooking pot or an alchemy set over a fire. You can experiment by yourself or find recipes. Almost any piece of junk can be turned into something useful if you pay attention to crafting. 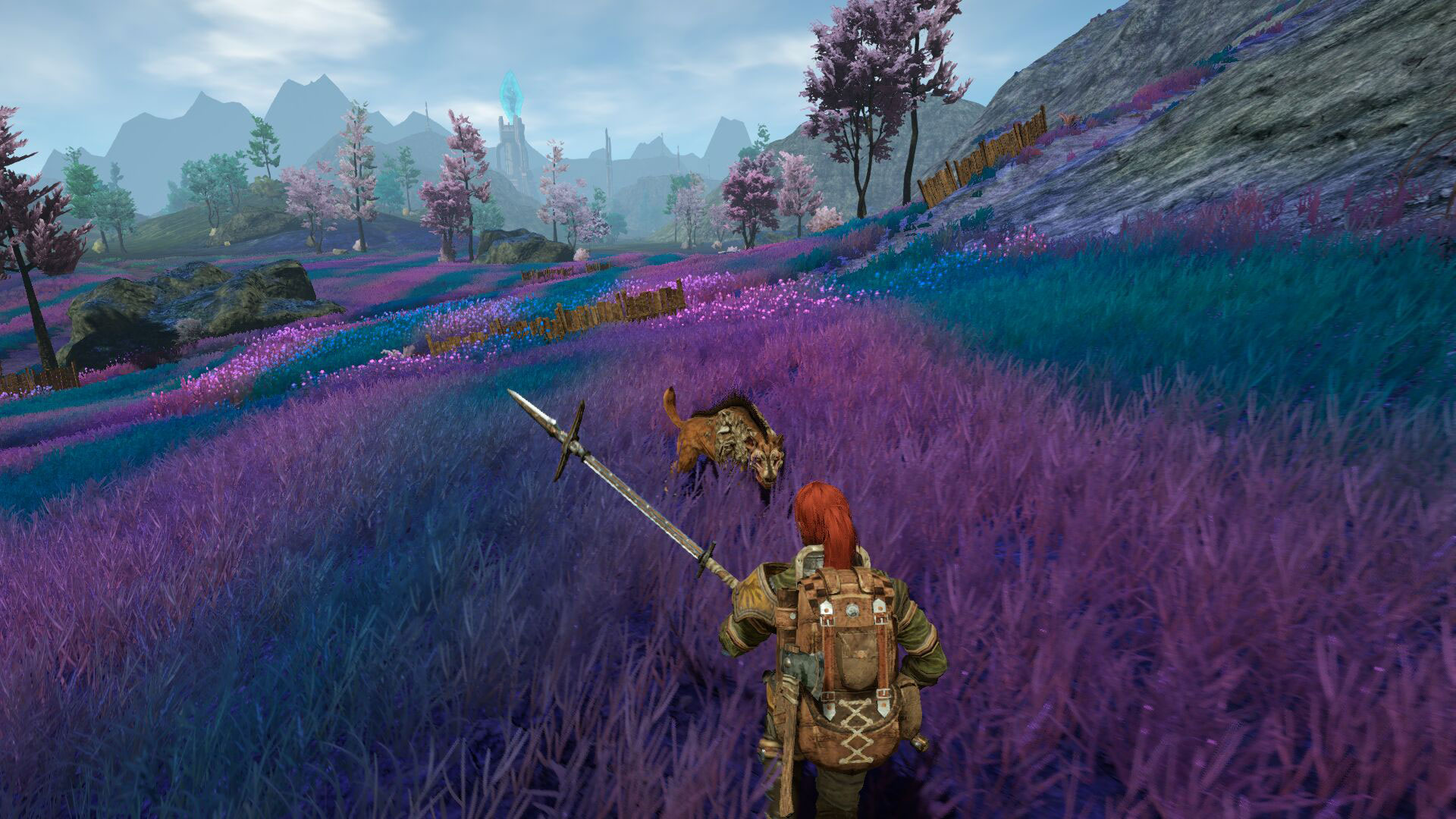 How large is the game world and how do the various climates affect your character?

There are 4 different regions of about 2x2 kilometers each. Some areas are hot or cold, requiring you to adapt your armor accordingly and make use of either campfires to stay warm or drinking water to stay hydrated, for instance. There are also novel ways to help handle temperature, such as spells or consumable items.

Let's talk about your saving mechanic. I understand the game auto-saves as you progress in the story preventing you from making bad decisions and then just loading your previous saves. What was the motivation behind this decision and what do you hope the player takes away from this mechanic?

We want to simulate the feeling of tensions that would come from the experience of adventuring. If you can revert on your choices or try again whenever you don’t get the results you wanted, then clearly this tension evaporates. Besides, otherwise your character would never make any mistake, and this is not a convincing tale for an adventurer. 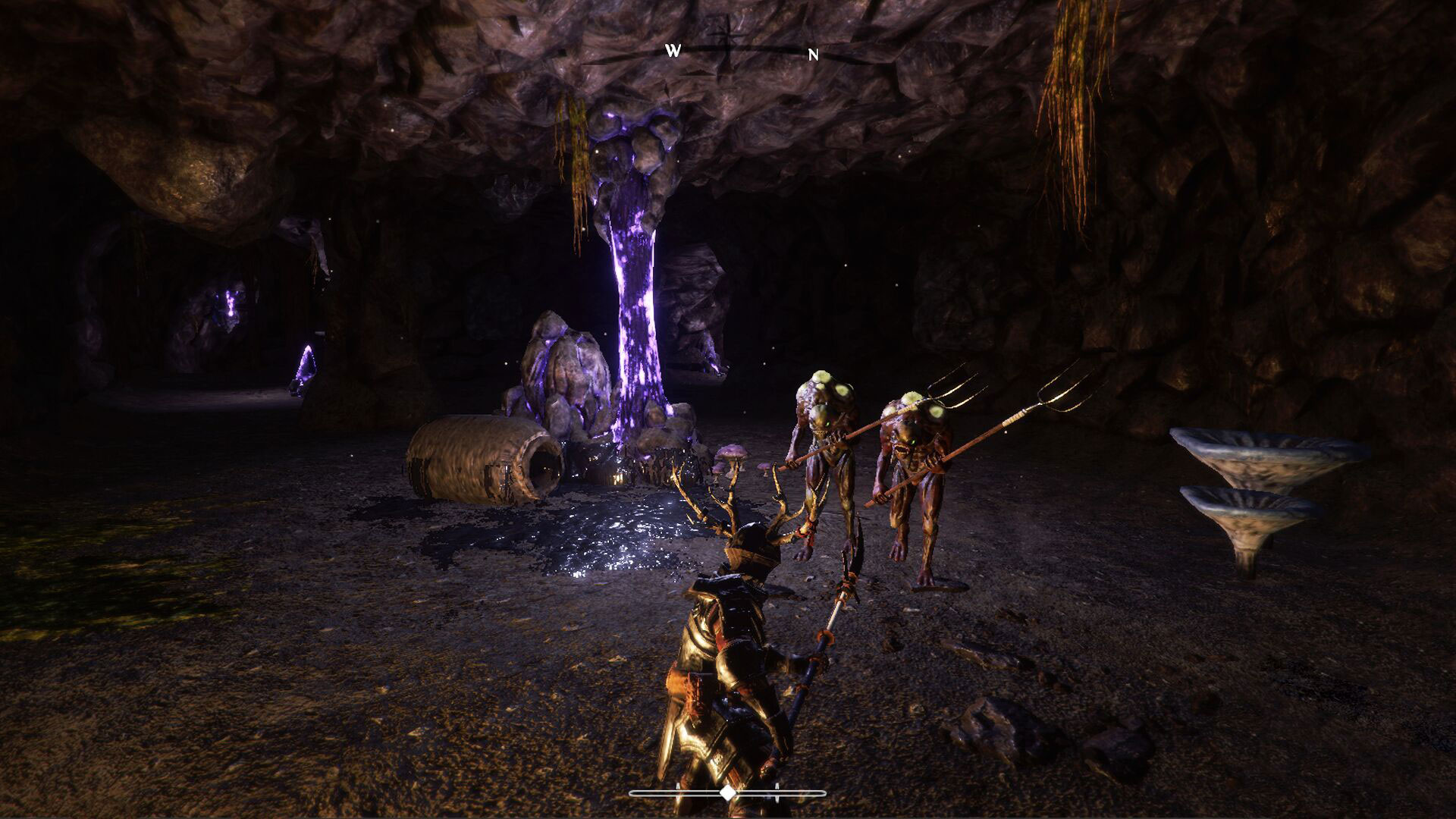 What part of Outward are you most proud of how it turned out? Are there any special systems or places that you feel exceeded your expectations?

I really like how the skills turned out. I wanted to decompose the player’s actions into multiple steps, to give a sense of familiarity and evolving knowledge of the game. By doing an action step by step, then it feels like you’re doing it yourself and the game isn’t doing it for you. This is especially true of our skills, which often requires a mix and match of skills together to get the result you wanted. This is the approach that inspired ritualistic spellcasting.

Will there be future DLCs available for Outward to continue the story?

This will largely depend on how the game performs at launch. We already have many ideas of what we’d like to add!

Where and when can players get their hands on Outward? Are there any special pre-order bonuses we can enjoy?

The game will be released on March 26th on PC, Xbox One and Playstation 4. There will be a small cosmetic DLC as a pre-order or Day 1 bonus as well, but nothing that would give a gameplay advantage.

Lastly, do you have any advice for the young game developer looking to get started in the gaming industry?

It may seem daunting, but you should compare yourself to what is being done in the industry, not what your classmates are doing. To be the best of your class in one thing, but you are only competing against a small group. The standards are high, and the sooner you set your bar at their level, the faster you will evolve. However, be careful not to burn yourself out either. There are ways to train “smart” rather than “hard”. Make every new piece of your portfolio count as a new personal lesson to learn from.

Outward delivers an immersive RPG experience coupled with survival gameplay, offering a deeply-rewarding challenge for the most avid gamers. As an ordinary adventurer, you’ll not only have to hide or defend yourself against threatening creatures, but also brave the hazardous environmental conditions, protect yourself against infectious diseases, make sure you get enough sleep, and stay hydrated. Embark on perilous expeditions across untamed lands to reach new cities, undertake varied missions and discover hidden dungeons crawling with formidable enemies.