Welcome to the sights and sounds of Grothmar Valley. It is a stereotypical Charr space filled with people, places of wonder, and events to do. Pondering how to present this guide, I decided to describe this zone by areas. The areas being discussed in this map are:

We will start my travels at the Blood Keep and surrounding areas, then wander around the map in a clockwise fashion, detailing the areas. Only the more difficult places to find will be explained because most points of interest are in a camp or somewhere visible. It is also good to have a mount and/or glider to get around.

Event symbols used in some descriptions are:

* “Defeat the threat to the festivities” shows up after a successful completion of a meta-event.

** Some of the achievements rotate and are not available all the time. 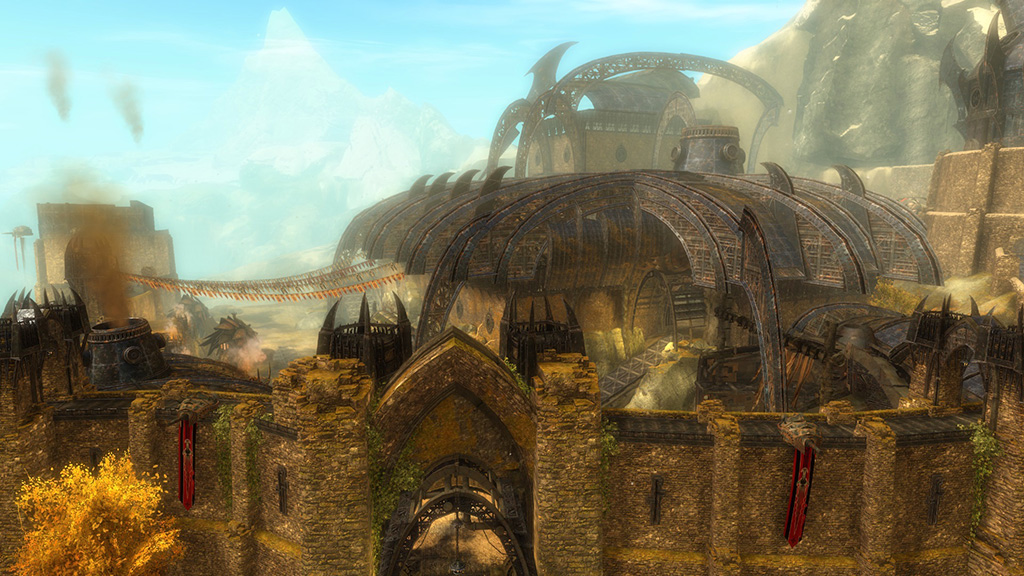 Blood Keep is a huge stone fortress with rooms galore! Wandering through this area, there will be multiple buildings and rooms to explore. Many of the huge metal doors do not open but the art on them is superb. Examine all the rooms in Blood Legion to find different people to chat with, and there is a surprise in the helicopter room. Take a ride to Black Citadel or Bjora Marches! Your possibilities in the Blood Keep Area are endless:

Stroll out the south end of the keep to find a hilly area called the training grounds. Walk over the bridge and go talk to Sniper Specialist Hawkspar during the event and he will let you show off for the cubs. 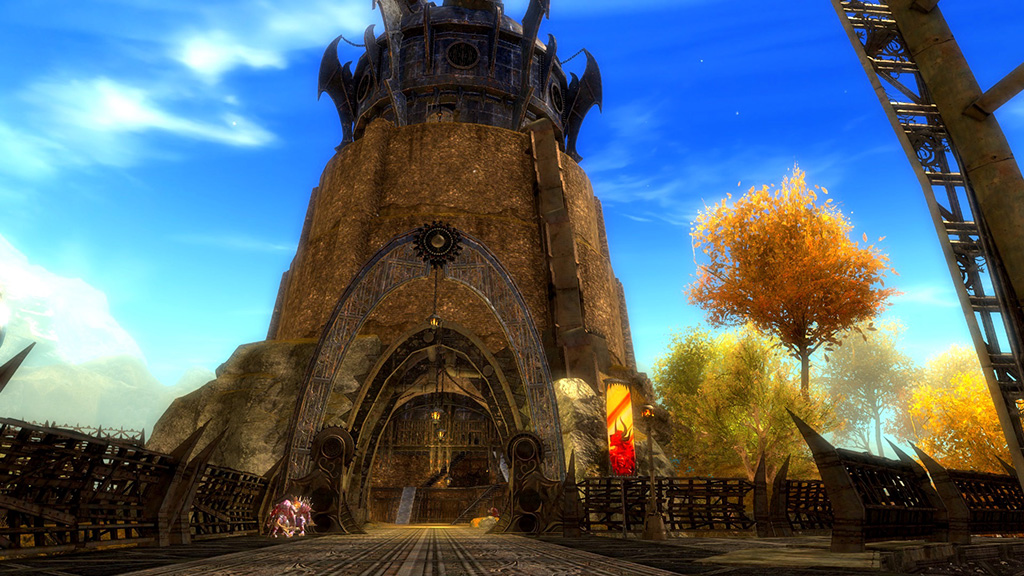 Outside the north end of Blood Keep, you will find a circular tower with metal stairs that lead up to Warden Strongdoom's Office on the fourth floor. Talking with her will produce a short conversation of platitudes. There are 7 floors of jail cells to the upper level of the tower and once at the top, the walk-around has a 360 degree view of the areas around Blood Keep.

Longeye's landslide is a pile of rubble at the mountain south of the Blood Dam. Thank goodness the Dam is still intact. Just east of the dam Rusty Meadows comes into view.

Flying over to Rusty Meadows, multiple silo-type buildings can be seen, some will be accessible for interior viewing. Ranchers and Loggers chatting with each other are found throughout the meadow. This seems to be a pretty quiet area until the devourers and whippersnappers decide to cause trouble.

The Burning Effigy is nestled under a set of sculpted cliffs and abundant vegetation drapes them beautifully.

The Cavern of Khan-ur is hidden in the northeast corner of Grothmar Valley with the entrance protected by cave spiders. Quietly nestled in the back of the cave, just before getting to The Vault, there is a beautiful waterfall on the left. Before entering the Vault and jumping puzzle take a breath because being calm and cool will be a necessity for the challenges ahead. 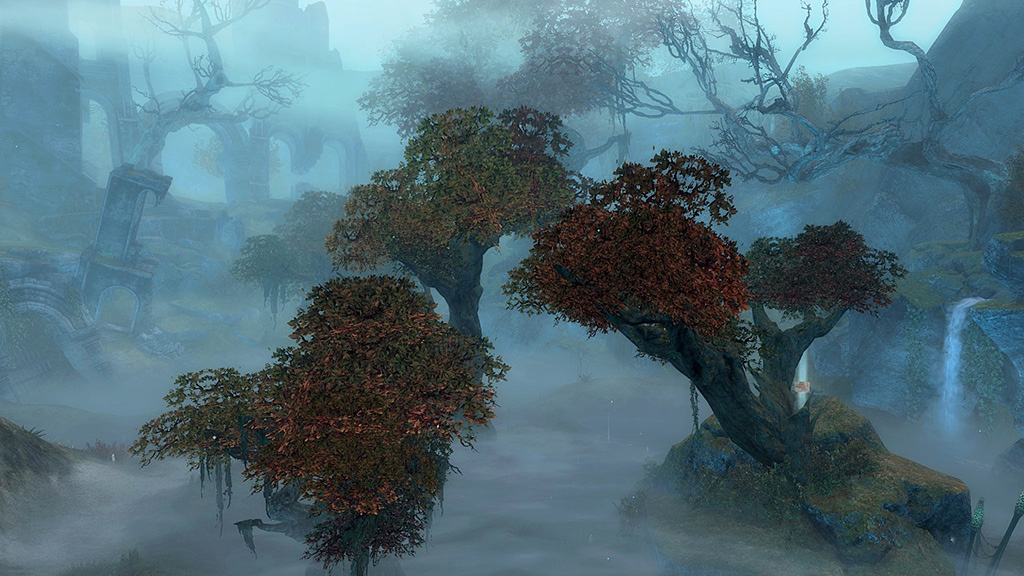 The Dalada Forest is misty and damp, full of large boulders, trees and a waterfall.

Doomlore Ruins is a place an archaeologist would want to explore. Even though it is dark and gloomy, the ghosts have a story and the broken building structures of Doomlore Ruins are fascinating.

There are two ridges overlooking the Ash Legion Camp and the Festival Promenade and they are great places to watch the activities below. 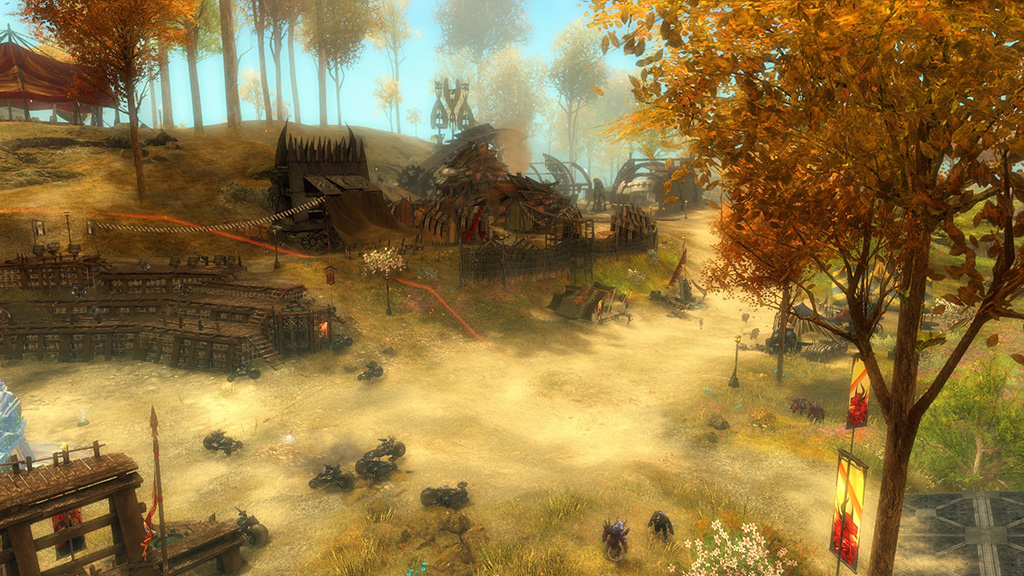 The Festival Promenade is where the storyline for this area started. It's the place where all the legions can gather for the festival and meetings.

Tents and iron structures cover the area and the forge is the main attraction. Much hustle and bustle of activities occur when someone talks to Forgekeeper Santia Fiercehammer to start an event. Just below the forging area are small tents with food and merchants to greet. Look to the west and view the striking architecture of the Blood Keep. 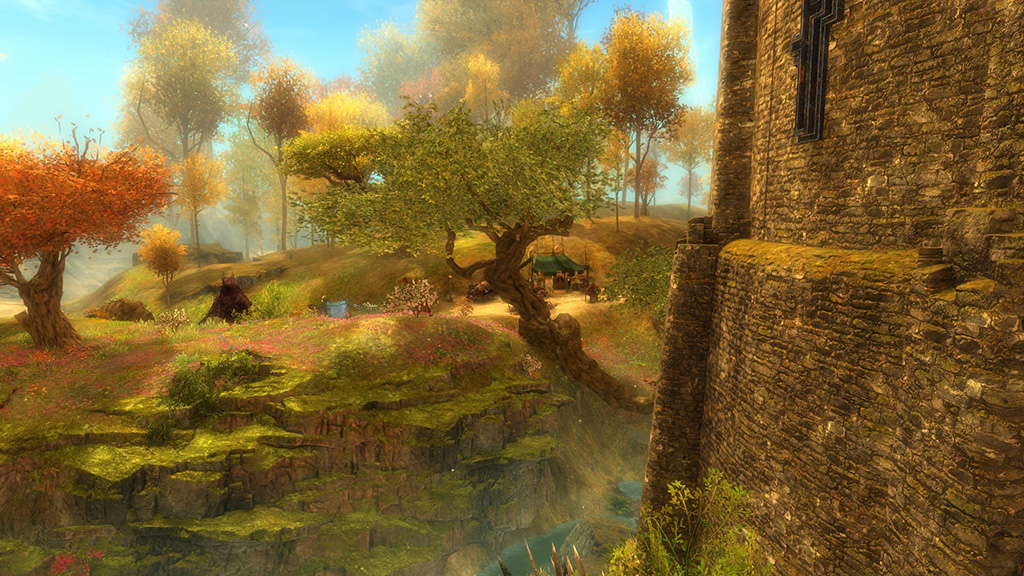 The Wardowns is a heavily forested area that would be a nice place for a picnic on the flats. You have a 360-degree view of these awesome areas: Blood Keep, Iron Legion Camp, The Ooze Pit, and the Shattered Steppes peaks.

Taking a dirt path east of the Wardowns stop at the stream. As you look across there is a hidden path. Enter it to find a large door. Upon trying to open the door it says: “This is the exit to Recon Cove. There is no way to open it from this side.” Oh My! 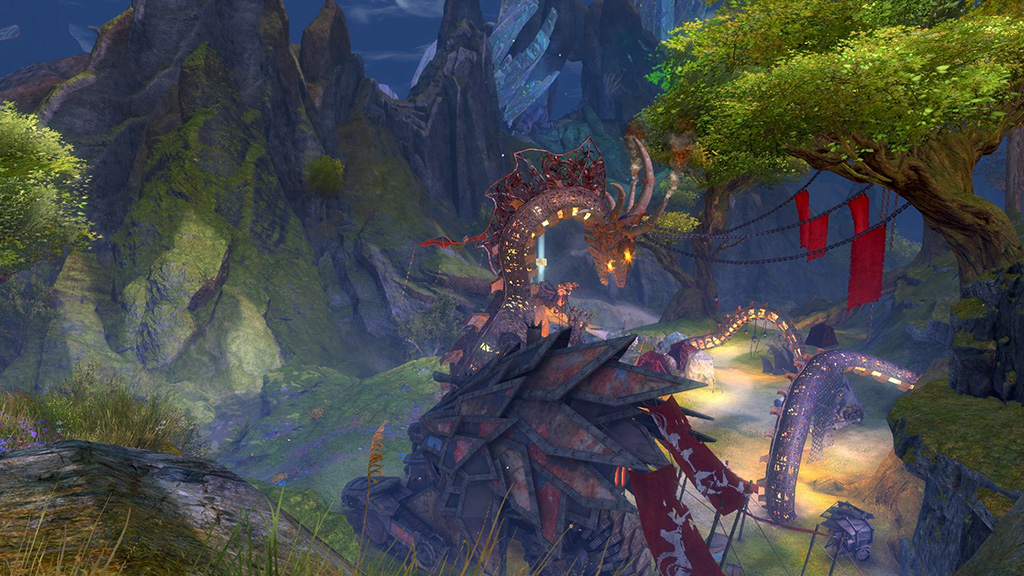 Take a dirt path east of the Wardowns to the stream. Go south following the stream to the Band's Bivouac. It is on the path going to the Crag. 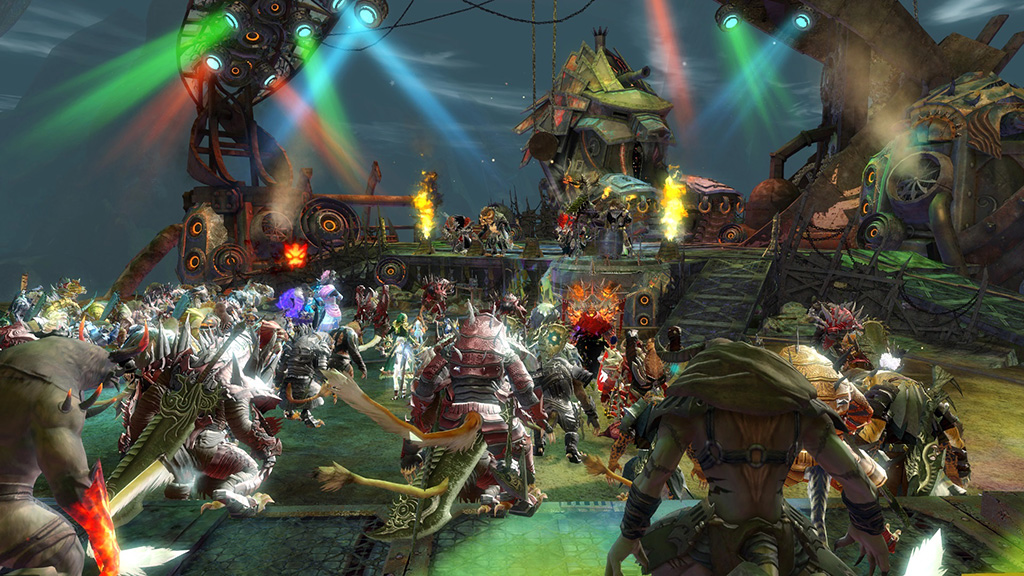 Following the pathway from Band's Bivouac through the uphill zigzag path to the mountains brings you to a delightful view of Blood Stand Stage, and maybe even the concert! 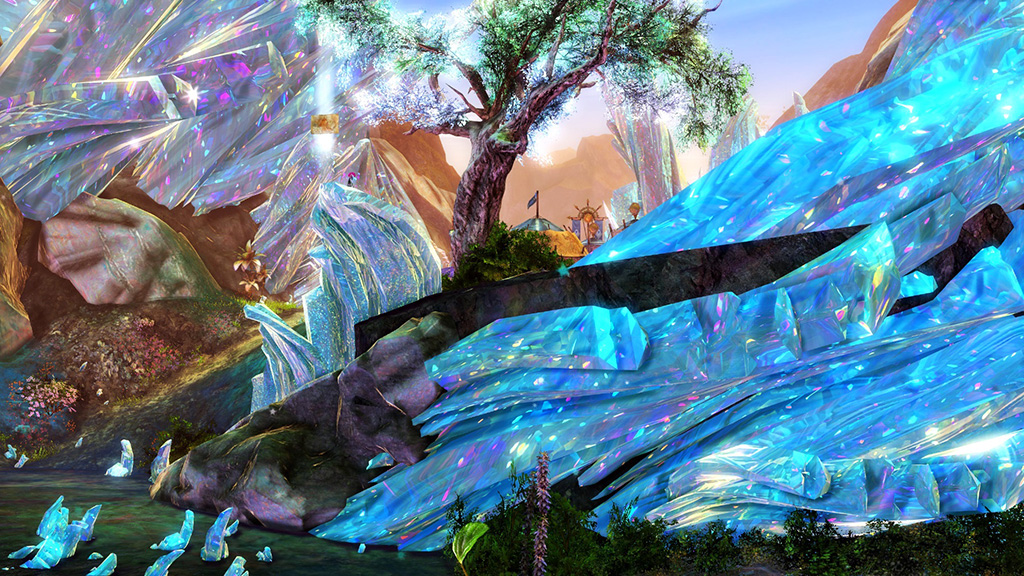 Following the southernmost path from the Dalada Forest, the mountains and trees start to glisten. At the peak, it becomes almost too bright to see and is the most glorious sight to observe.

Kralkatorik's Emergence Zone is the lower level of the Outlook. Don't forget to go swimming to see brilliant water formations and plantlife.

From Kralkatorik's Emergence Zone, skim underneath the Crag, turn north and there will be two beautiful trees. Maneuvering is possible to get back to the Sacnoth stream by going up the mountain between the trees. Following the stream south, Blood Lagoon will appear, and it is a great time to get your bathing suit on and enjoy the beach. Of course, it can be a bit noisy if the Ooze Pit event is going on just to the west. If it is, join in and have fun!

Other Achievements that are completed throughout Grothmar Valley:

Grothmar Valley has a load of sights to see and many activities to participate in. Take your time and enjoy all the excitement you can find!